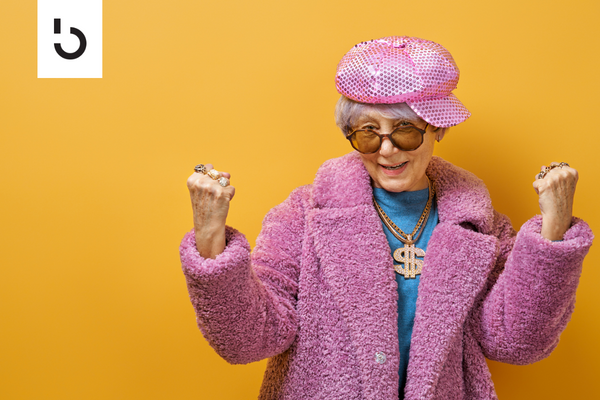 There’s a common saying in financial circles: “When you’re in a gold rush, you want to sell the picks and shovels.” It comes from the various accounts of people becoming rich in the 19th century not by digging or panning for gold, but by selling the picks and shovels to the miners who went out in search for gold.

It’s even evolved into an investment strategy called (logically) a “pick-and-shovel play.” This is a strategy where you invest in the underlying technology needed to produce a good or service instead of the final output.

A pick-and-shovel strategy is expected to carry less risk, just as the practice of selling picks and shovels (and other necessities) carried less risk than going out into the wild and hoping to strike it rich by finding a significant gold deposit.

Miners were up against significant competition, not to mention the dangers of living in the wild at the time. By contrast, the suppliers of picks and shovels had little competition and massive demand during the heyday of the Gold Rush. 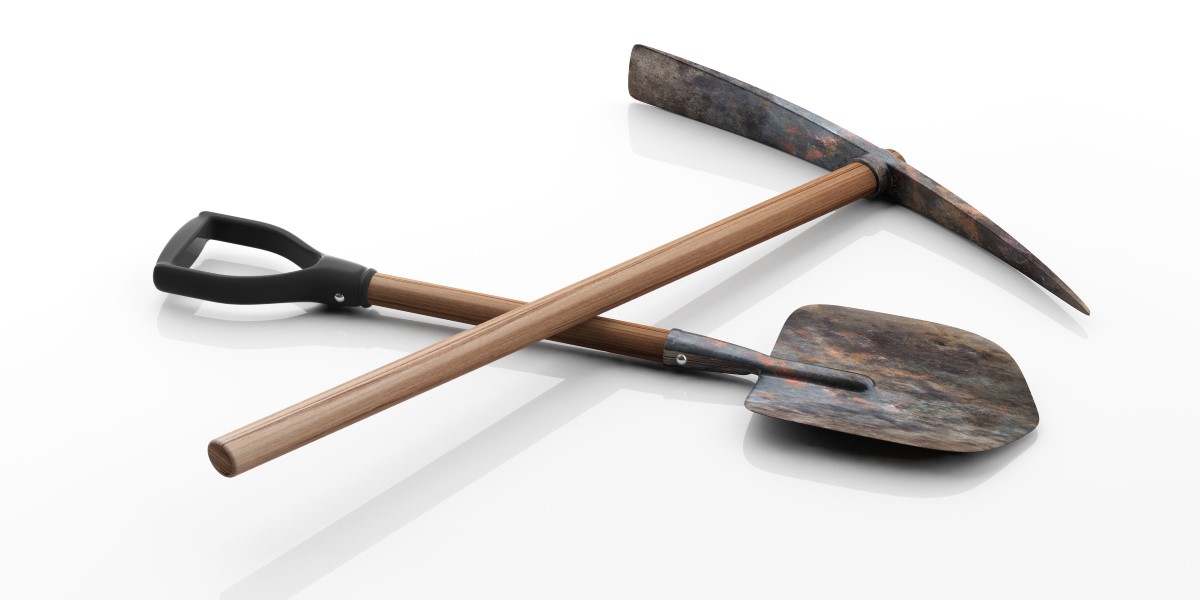 A similar phenomenon occurred in the late 90s and early 21st century in technology. While the dotcom bubble saw many internet startup companies implode, a better bet was the companies supplying the chips and processors needed to run the internet. Those companies may have seen a drop from the heady heights of 1999-2000, but they survived, and in many cases, they thrived.

Nvidia, which debuted in January 1999 just before the dotcom bust, has seen its shares gain 67,231% overall since its IPO, a 32.6% average annual return.

Apple, one of the top consumer hardware tech companies, has seen its stock generate a total return of 36,830% (about 21.8% annually over the past 30 years).

Microchip Technology, which produces microcontrollers, analog semiconductors, and other semiconductor products, has seen shares return 36,686%. That’s about 22.7% annually over the past three decades.

While you certainly missed the California Gold Rush and may have missed the internet gold rush, there’s a new opportunity you haven’t missed. That’s the blockchain-based Web3 gold rush.

There’s a pick-and-shovel play just waiting for you in Web3 infrastructure projects. These projects aim to replace the centralized internet structure with decentralized alternatives that will be the backbone of the internet and the Metaverse. They can be broadly categorized under:

While these Web3 infrastructure projects are seeing challenges brought on by the crypto winter, they still bear watching and could be some of the most important blockchain projects outside the DeFi space.

Here we take a closer look at the top projects and how they’ve fared over the past quarter as measured by Messari’s Q3 report on Web3 infrastructure revenue.

Thanks to decentralized file storage, protocols are able to operate in a trustless and secure manner. File storage was one of the first Web3 infrastructure projects to emerge, and even today, it represents about 80% of the fully diluted valuation of the Web3 infrastructure sector. Users get paid for making their excess hard drive storage available for others to use.

File storage protocols include Filecoin (FIL), Storj (STORJ), Sia (SC), and Arweave (AR), as well as some smaller players. Filecoin is the leader in this group, generating 91% of the revenue for the file storage sector. While overall revenues for the group declined by 35% in the third quarter of 2022, this was primarily due to a 38% drop for Filecoin revenues. If we exclude Filecoin from the group, revenues increased by 22% quarter over quarter.

More importantly, adoption continues to increase as actual used storage for these networks was largely positive. This is key, as used storage is the primary metric used to evaluate the growth of storage protocols.

Compute resources are used primarily for services offering rendering, streaming, and hosting. Users get paid for allowing others to use CPU and GPU resources. Livepeer (LPT) is the largest blockchain-based computation platform. It provides a marketplace for applications that need video processing. Not surprising given the continued growth of video as a medium on the internet, Livepeer saw a 12% growth in the minutes of video processed in the third quarter while also increasing its revenues by 7%.

Livepeer Studios is focusing more on the development of Web3 native video-enabled projects, which has led to more than 100 new projects building on Livepeer in 2022. Livepeer has been particularly active in promoting the creation of social media, creator, and Metaverse-gaming economies. This is increasing adoption and usage of the platform.

Another growing player in this space is Akash (AKT), which is focused more on the core use case of providing raw computing resources. It runs a decentralized cloud marketplace for leasing computing resources and saw growth of 4% in the third quarter. More importantly, leased memory, a key metric for the platform, increased by 160% in the third quarter.

Akash is also preparing to launch a service providing IP leasing, which will allow users to request static and publicly recognizable IP addresses for services and applications. This is a service typically only offered by large, centralized cloud providers. Adding IP leasing should further drive adoption and revenue growth for Akash.

Helium (HNT) is the leader in the wireless connectivity space, though as we’ll see later, this could soon change. Helium was built as a decentralized IoT network, where users set up peer-to-peer “hotspots” (like wireless repeaters) and are paid HNT for data they route through their hotspots. Helium is currently developing a 5G network as well.

The third quarter results show an 88% decrease in revenue, with only $4,000 in revenue from network-generated data. That comes after four consecutive quarters of growth. However, the data has come into question by the community, where some members are suspecting inaccurate tracking of network usage. Helium is in the process of migrating from its native blockchain to Solana, which is expected to resolve the accounting issues via oracles.

If demand for the service is dropping, it could be temporary. After all, it’s widely believed that the coming decades will see millions (if not billions) of internet-connected devices being put to use. Building out the hotspots to handle this coming demand is a long-term thesis for sure.

Helium has partnered recently with T-Mobile, allowing Helium Mobile customers to use the T-Mobile 5G network in areas where Helium has no 5G coverage.

Concerns for the project include increased competition. Pollen Mobile is a 5G decentralized wireless network launched in February 2022. While Pollen continues expanding its own 5G network, there are several projects that have announced plans to roll out 5G networks in the coming months. That makes this wireless space one to watch closely.

The leader in the blockchain data space is The Graph (GRT), which indexes blockchain data. Thus, it’s available through queries. Used primarily by app developers to query nodes, The Graph was initially a centralized hosted service that is subsidized to foster growth. As subgraphs are added, the network is now a hybrid of the subsidized hosted service and the decentralized mainnet. The mainnet subgraphs are not subsidized, and users pay a small fee for each query.

In the third quarter of 2022, the number of subgraphs grew to 495, an increase of 26%. In turn, this helped increase revenues by 11%. The Graph has plans to migrate all users to the decentralized mainnet by the end of Q1 2023, which will help raise revenues even further. Adding further to the potential revenue stream are the ongoing efforts to develop multi-chain indexing, which should increase usage of The Graph substantially.

Despite the downturn in crypto in 2022, these Web3 infrastructure plays have held up well. If you exclude Filecoin (which experienced a 38% drop in revenue in Q3), there was an overall 8% increase in revenue in the third quarter for the remaining seven projects mentioned here.

Looking forward, there are other positive developments to support the sector even if the blockchain space as a whole remains depressed. Web2 projects have begun adopting Web3 infrastructure. Institutional investors are also increasing their exposure to the sector and supporting the growth of the most promising projects.

Of course, the entire Web3 space is still looking for that killer app to bring in masses of consumers, but at this point, we need the picks and shovels (the infrastructure) to support the development of potential killer apps. Once those apps appear, we believe the infrastructure they’re built on is sure to benefit.

Investors can use this knowledge to keep these pick-and-shovel plays (file storage, computation, wireless connectivity, and blockchain data providers) firmly on their radar in the coming months.