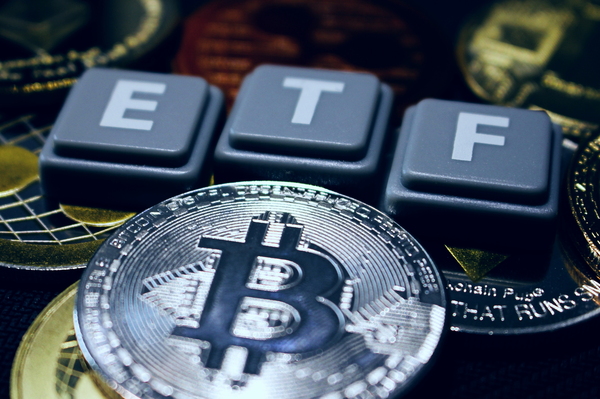 Rumors around bitcoin exchange-traded funds (ETFs) have been percolating since the Winklevoss Twins first started the process of launching such a financial product by sending an application to the U.S. Securities and Exchange Commission (SEC) back in 2013. No such product has received the blessing of the regulators up to this point, but the prospect of the eventual approval of a bitcoin ETF has come back into the news in recent months.

In July, the SEC outright rejected the ETF proposal from the Winklevoss Twins that has been kicked around since 2013, and they’ve delayed a decision regarding the listing of an ETF from VanEck Associates Corp. and SolidX Partners Inc. on the CBOE.

But what is an ETF? And what kind of effect would a bitcoin ETF have on the crypto market as a whole?

What is a Bitcoin ETF?

Simply put, an ETF is a fund that is traded on an exchange. These funds can hold a variety of assets, from stocks to commodities and everything in between. For example, GLD is an ETF that tracks the price of gold, and it is traded on the NASDAQ.

A bitcoin ETF would be similar to GLD, with the obvious difference that the financial product would track the price of bitcoin rather than gold.

Various bitcoin ETF proposals have indicated the use of either physical bitcoin holdings or futures contracts as the underlying assets for these potential funds.

How Would a Bitcoin ETF Affect the Crypto Market?

So why would the launch of a bitcoin ETF be a big deal? For starters, it would enable anyone to gain exposure to the bitcoin price through their traditional investment accounts. This would be a new area for increased liquidity for bitcoin, as speculators could simply purchase the bitcoin ETF rather than signing up for a bitcoin exchange. It’s not much different from the increased liquidity that altcoins often receive when they’re added to new, popular exchanges.

As Blockchain Capital’s Spencer Bogart recently explained to CNBC, one of the key reasons bitcoin has remained the dominant cryptocurrency on the market is because of the on and off ramps available in basically every major country around the world where people can easily move in and out of the digital asset. An approved bitcoin ETF can be viewed as another major gateway for the bitcoin token.

It’s also possible that there are many professional investors who are sitting on the sidelines because they do not wish to take on the risks of storing their own digital assets (or their clients’ digital assets) and desire an ETF with a government-approved stamp on it.

In the absence of ETFs for altcoins, bitcoin could continue to enjoy an ever greater advantage in terms of liquidity and market share.

There are a few products already on the market that are somewhat similar to ETFs, such as Grayscale’s Bitcoin Investment Trust (GBTC), but there are some key differences with these offerings. For example, GBTC is sold over-the-counter (OTC) rather than via an exchange. Additionally, the investment vehicle comes with a two-percent annual fee, which is much higher than what is found with gold ETFs.

GBTC has also shown an inability to accurately track the bitcoin price.

According to Bloomberg, the SEC is unlikely to make a decision on a potential bitcoin ETF approval until early 2019. Regulators are mostly concerned about a lack of liquidity on the CBOE and CME futures markets, in addition to the potential for market manipulation on some of the more opaque crypto exchanges in the world.

Going forward, anyone who is speculating on the bitcoin price should track announcements around bitcoin ETFs, as an approval could have a major impact in terms of the level of liquidity in the market and the way the asset is viewed by traditional investors.