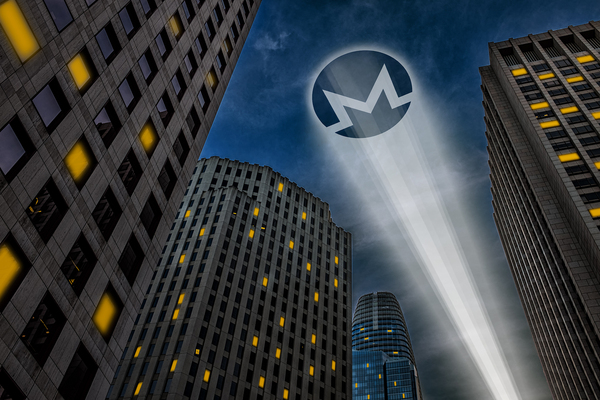 Since the earliest days of the altcoin phenomenon, privacy has always been an area where developers have tried to make improvements on what is offered by bitcoin. While bitcoin was originally touted as an anonymous online currency used by drug dealers on Silk Road and other areas of the dark web, the reality is that the peer-to-peer digital cash system is more accurately described as pseudonymous.

There have been many proposals for improving privacy and anonymity in bitcoin over the years, but most users still prefer to use centralized exchanges to interact with the blockchain rather than advanced privacy tools. For this reason, privacy has been one of the most successful areas of experimentation for altcoins.

Let’s take a look at the role of privacy in cryptocurrencies and what bitcoin investors need to know about privacy-focused altcoins like Monero and Zcash.

There are a variety of reasons that privacy is an important feature of any cryptocurrency.

Firstly, some would say the ability to make transactions that are not allowed in the traditional financial system is the main reason bitcoin was created in the first place. If users are going to be using these systems for transactions that are deemed illegitimate by various institutions and law enforcement, then it would also make sense to complete these transactions privately.

The above point often leads to the counterpoint that only people who have something nefarious to hide would want to seek privacy, but this is an easily debunked argument. In many cases, security is closely tied to privacy. After all, it would not be the wisest move to purchase a drink at a bar with a transaction from a bitcoin address that holds over $1 million worth of bitcoin in it; the bartender could see the sending address and tell his buddies around the corner to follow you home.

Is the person who should try to mask their wealth doing something nefarious, or does it just make sense from a security standpoint to not tell everyone about his or her wealth?

Privacy is also a critical component of fungibility, which allows all units of money to be treated equally. An individual bitcoin’s value should not be altered by the coin’s history, as that can create a situation where some coins are worth more or less than others. There have been instances in the past where bitcoins and altcoins have been seized on exchanges due to their tainted histories.

Lastly, a lack of privacy means granting some entity an “all-seeing-eye” power over any online activity. Those who do not wish to grant that sort of power are able to use end-to-end encryption in their communications and some sort of cryptocurrency for their online transactions.

For further reading on the value of privacy, read this post by computer security guru Bruce Schneier from more than ten years ago.

There have been dozens of privacy-focused altcoins created over the years, but the two that tend to be viewed with the highest levels of credibility and potential are Monero and Zcash.

As a quick summary, Zcash is based on many years of work related to zero-knowledge proofs, which allow for the metadata and amounts involved in transactions to be perfectly private. The main downside of Zcash is that it requires a trusted setup of a number of parties to guard against undetectable inflation.

Monero offers similar privacy guarantees to what is seen with Zcash, but less experimental cryptography is used to achieve this same goal. Additionally, a trusted setup is not required to prevent undetectable inflation in Monero.

For now, privacy-focused altcoins like Monero and Zcash have scalability issues much worse than what is seen in bitcoin. The fact that improved privacy tends to lead to worse scalability is one of the key reasons these sorts of features have not been directly implemented into bitcoin at the protocol level; however, there are still some options, such as Joinmarket, that allow users to improve their privacy when using bitcoin.

The fact that privacy in bitcoin may improve as second-layer protocols like the Lightning Network are further developed, combined with bitcoin’s network effect, make the long-term promise of privacy-focused altcoins somewhat unclear. Having said that, there’s been some adoption of Monero by a handful of the most privacy-conscious cryptocurrency users in the world, such as those who use darknet markets.

Looking forward, a long-term speculative play on Monero or Zcash can be viewed as a bet that the level of privacy offered by these coins (or at least something close to it) will never make its way to bitcoin. One key area to watch will be whether a solution for masking the amounts involved in bitcoin transactions, such as Confidential Transactions, can eventually make its way into the bitcoin protocol.