An investor should not be mistaken or confused about the fact that cryptocurrency investing is extremely risky. While record returns-on-investment and an endless chain of online hype make altcoins look like the must-invest vehicle, the reality is that there are as many stories of altcoin investors losing it all as there are stories of successes, if not more. To a certain extent, in light of the growing number of altcoin scams and hacks, altcoin investing is equal parts of preparation, bravery, and acceptance of pain.

Understanding the risks, however, is the first step in mitigating them. This article looks at what the most common risks in altcoin investing are and what an investor can do to prepare for them. 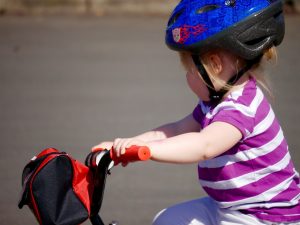 When you’re learning to ride the crypto-bike, don’t skimp on the protective gear!

Understanding What an Altcoin Is

Let’s look at each of these variables separately:

The challenges in altcoin lie in the fact that:

Your risk avoidance strategy should consider both variable and non-variable risks, such as the nature of the coin, exchange and vendor security, data security, wallet safety, market insecurity, and regulatory ambiguity. Bitcoin Market Journal offers guides that go into each of these in greater detail, but in general:

Be the first to know about what is going on in the bitcoin market. Sign up for the Bitcoin Market Journal investor newsletter today!