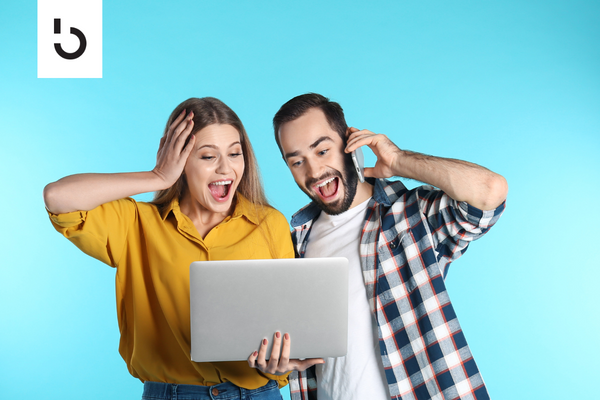 The decentralized finance space has enjoyed massive growth over the past several years. Investors have happily poured capital into the space to take advantage of yields that were far better than anything seen in traditional finance.

Like most risk assets, crypto performs best when interest rates are low, and capital is plentiful. The historically low traditional interest rates and money printing from the Federal Reserve has benefited crypto in a number of ways.

However, as we head towards 2023, that narrative is changing. We’ll soon see just how sticky DeFi is to investors who now have other acceptable alternatives for generating somewhat safe and stable yields.

With the Federal Reserve enacting a fourth consecutive 0.75% interest rate hike last week, interest rates are at their highest levels since 2008, a time when there was no crypto and no DeFi, and rates are expected to continue rising well into next year.

With traditional lending becoming expensive, capital will be harder to come by. More importantly, with the yield on U.S. Treasuries rising above 4%, investors now have a safe and stable alternative to DeFi for generating solid yields.

Fortunately, crypto markets have remained somewhat calm during this rate hike cycle, though we’ve seen a pullback over the past week following the latest Fed rate hike.

While the interest rate paid on bank savings accounts remains pitifully low, rates for major crypto lending players are lower on average than the rates available from Treasuries. Even three-month T-bills are yielding better than Ethereum and other crypto assets.

Even Higher Interest Rates are Coming

Fed chairman Jerome Powell has been clear in signaling further interest rate hikes in the coming months. The Fed is increasing rates to tamp down inflation in the U.S., which has been at its highest levels since 1980.

The FedWatch tool from the Chicago Mercantile Exchange calculates the expectations of market participants for future Federal Funds rates. Often, it can be fairly accurate on a short-term basis:

As you can see, the market believes there’s at least a small chance for interest rates to increase to 6% by June 2023.

If the Fed Funds hits 6%, it’s likely short-term T-bills will be yielding 6.25% or slightly more. How will that impact DeFi markets?

Common sense tells us investors should seek the highest yields with the lowest risk.

Considering that U.S. Treasuries are considered one of the most risk-free investments available, it’s surprising to see DeFi platforms attracting any sort of capital. However, data shows all DeFi platforms are still holding Total Value Locked (TVL) of $52.3 billion, though a close inspection shows us this number has been falling.

The biggest drop came after the first large interest rate increase in May 2022. While things have leveled off somewhat, we can see that over the past seven days since the latest Fed rate hike, most of the top ten DeFi platforms have seen their TVL drop further. As traditional and DeFi rates diverge further, we should expect to see further capital fleeing from the DeFi marketplace.

It’s also worth noting the drop in TVL for DeFi platforms is causing a drop in circulating stablecoins, which are often used in DeFi lending platforms.

For example, the circulating supply of USDC has dropped from $53.9 billion in June 2022 to $42.5 billion at the start of November 2022. That could be due to rising interest rates as the yield on USDC at the top three DeFi platforms is well under 2%.

It’s been suggested that one saving factor for DeFi is the difficulty in moving funds out of DeFi platforms and back into traditional finance. The question now is whether continued interest rate increases will drain capital from stablecoins to the point where it has a meaningful impact on the DeFi ecosystem.

Even if we were to see an impact, it likely wouldn’t mean the death of DeFi. It would simply mean rates will need to adjust to the macro environment and less borrowing will be seen in the DeFi space. However, the underlying value of DeFi will remain regardless of traditional and DeFi rates.

Theoretically, borrowing rates on lending platforms will naturally rise as the circulating supply of stablecoins drops. This increased rate is a supply/demand scenario that reflects the lowered availability of dollar-pegged assets. Also, as the friction between traditional and decentralized finance decreases, rates may come together as traders are more able to easily arbitrage rate differentials between traditional and DeFi products.

While stablecoin lending could drop off until the friction between traditional and decentralized markets abates, we may see a shift in lending towards Ethereum.

The shift to proof of stake has already seen ETH lending rates increase as the tokenomics of the chain switch to a more deflationary stance and demand for ETH increases.

Another potential trend that could increase interest in the DeFi space, despite lower lending rates, is fixed rate lending.

Until now, DeFi has only seen variable rate protocols due to their being easier to implement. The addition of fixed rate protocols could attract more capital to DeFi, as businesses typically look to lock in fixed rates to help them reliably forecast expenses and cash flow.

The addition of fixed rate protocols would theoretically help DeFi connect more with traditional finance, thus lowering the friction between the two systems.

The eye-popping rates that were seen in the early days of DeFi lending are largely gone, and where they remain, they’re met with lots of skepticism.

Higher traditional yields will make it increasingly difficult for DeFi to attract institutional money as these large funds and investors are now able to get better, nearly risk-free rates in highly liquid bond markets.

Still, pure yields aren’t the real attraction of DeFi. Rather, they are the innovations promised by DeFi that will see the arena’s continued growth.

There’s obviously a market for decentralized finance products, and we’re still early in the process of discovering how DeFi can best be used. It’s not necessarily the high yields of the past that will increase interest in DeFi, but rather the innovation and freedoms promised by blockchain technologies.