Summary: I talk about the mental game of investing, particularly as it applies to crypto markets. Subscribe here and follow me to get weekly updates.

While it’s been a dark year for crypto, there’s an incredible silver lining: regulation is coming.

Many in the crypto community will disagree this is a good thing. They think regulation will stifle the industry, that crypto wants to be free.

Well, we see where that’s gotten us: the collapse of Terra, 3AC, FTX, and many others.

There’s another narrative going around that it’s centralized exchanges that are the bad guys, that only decentralized projects can be trusted.

Except they’re only as trustworthy as their code. And we’ve seen how trustworthy that is: the list of hacks and bugs is too long to mention.

I’m still a big Blockchain Believer, but I also see the writing on the wall. The litany of crypto failures this year mean that regulation is coming. It’s inevitable.

Of course, there are good laws and bad laws, and we can only hope the laws regulating crypto will be good ones. This industry has had five years to build a powerful lobbying force in Washington and make significant political donations, so we can hope the laws will be better and wiser. Time, I hope, has worked in our favor.

But overall, regulation is a good thing because we will finally understand the rules of the game. And that will allow crypto to flourish.

To explain why, let me go back to the first big Crypto Winter of ’18. Actually, let’s go back to…

Back in 2017, we weren’t naming the crypto seasons yet. If we were, we would have called it “ICO Summer.”

Everyone was launching Initial Coin Offerings, which boy oh boy looked a lot like Initial Public Offerings, but tied to a token instead of a security.

I’m pretty sure this made them unregistered securities.

But man, it was an exciting time. (If you weren’t there, my book captures the spirit of this important chapter in crypto history.)

It’s fashionable now to call ICOs “scams,” but I heard countless pitches from entrepreneurs who were genuinely interested in building useful products. There was a spirit of radical change: decentralization was going to completely transform the Internet, and the world. This was a revolution!

What happened between 2017 and 2018 — where bitcoin lost more than half its value, and the market imploded — is harder to explain. Sure, the technology bubble popped, but why? It wasn’t a big collapse like the ones we’ve seen recently.

It was the lawyers.

As more people started filing ICOs, they started hiring lawyers, who looked at the Wild Westiness of it all, and cautioned these ICOs might be unregistered securities. (The SEC, too.)

It was the uncertainty of regulation around ICOs that started the first Crypto Winter. 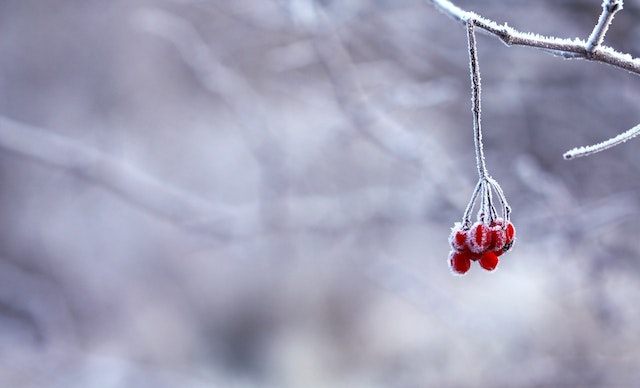 So, how do we make good laws? I’ll simply explain the hard problem, and a newly-proposed solution.

The Hard Problem: Are Cryptos Securities?

I described how most ICOs were probably unregistered securities: entrepreneurs raised money from investors by selling them tokens, using the money to build their crypto projects. Investors hoped the token price would go up, as the projects got more valuable.

There’s nothing wrong with this — people raise money to start businesses all the time — except that this was an investment contract, which are governed by securities laws (and enforced, in the United States, by the SEC).

I think the industry has been caught in this Big Lie ever since: trying to prove that tokens are not securities. First, we changed the name of the ICO (multiple times): there was the IDO, and the IEO, etc., until we ran out of rhymes.

Then we created “governance tokens,” claiming to decentralize ownership, even though a core team of managers still did all the work. This was what I’ve called “decentralization theater,” trying to act like you’re not a security. It’s a lie.

At Bitcoin Market Journal, we’ve held to our philosophy that tokens are like securities: we should treat them like common stock, and treat the underlying projects like companies.

Let’s call a spade a spade. Everyone thinks of tokens like stocks. Can we please just admit this? The entire structure of CoinMarketCap looks exactly like a stock exchange: 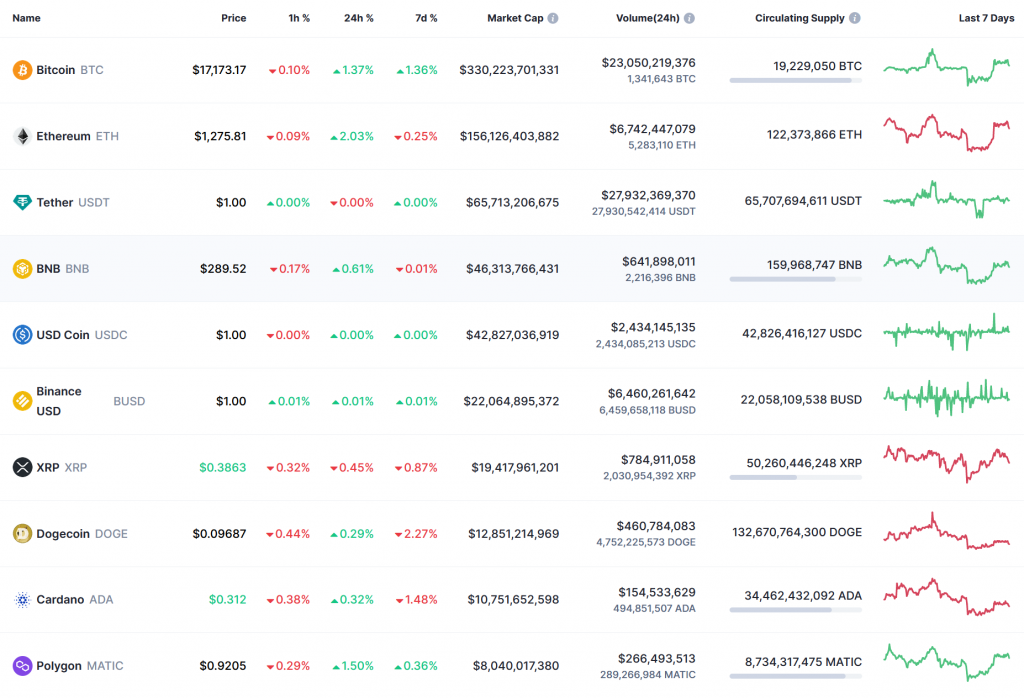 We all buy tokens hoping “price go up,” on the efforts of others. That’s the very definition of a security.

In some ways, blockchain tokens do not look like securities. Even though we always talk about ETH being like “stock” in the Ethereum “company,” Ethereum is not a company. If things went south, whom would you sue? The stakers? The developers? Vitalik’s parents, for conceiving him?

The SEC admits this: their position has been that crypto projects start out as securities, but at some point, some of them become sufficiently decentralized so they are no longer securities. (Ethereum is the classic example.

But when exactly did Ethereum become decentralized enough to pass from “security” to “not a security”? What was the date? What was the metric? If we can’t answer this simple question, we cannot get this industry to really fly, because we still don’t understand the law. No one does.

Fortunately, we now have a solution.

The Solution: Separate the Fundraising from the Token

A new paper, The Ineluctable Modality of Securities Law, does a masterful job of explaining why the tokens themselves are not securities. It’s the fundraising contract that is a security.

The paper starts with “The Parable of the Stowrange Seeds,” a fictional story about a horticulturist who develops a new fruit called the Stowrange (rhymes with orange). She sells a lot of Stowrange seeds to get her new fruit company off the ground (seed capital – get it?). After a while, people are trading the seeds themselves, not to grow fruit but in hopes that “price go up.”

It’s a memorable story, masterfully told, because it drives home this central point: the seeds themselves are not an investment contract (any more than the orange groves in the famous Howey case).

In crypto, the authors argue, the initial token launch (ICO or whatever) is a securities offering, if investors buy the token hoping that price go up, on the efforts of others. Plain and simple.

But after launch, the token itself is no longer a security.

The authors laugh at the idea that Ethereum could magically morph from “security” to “not a security.” If the SEC can’t pinpoint when that morphing happens, they argue, it’s not a workable model.

Under their proposed framework, the initial Ethereum ICO was an investment contract with the first investors who bought ETH. After that, once it was sold on secondary markets, ETH was not a security.

This distinction gives us a path forward. If you want to issue a new token to fund your crypto project, you do it like any other security. But after that initial offering, most tokens would no longer be legally classified as a security.

If this becomes law, most projects will probably airdrop their tokens for free to users (like Uniswap did), to get around the investment “contract.” But even that might not be a bad thing: at least they’d have an actual product, with actual users.

The authors argue that the tokens would instead be regulated as commodities under the CFTC, and here they admit that new legislation is still needed. So we’re still kicking the can down the road, but the proposal has two big benefits:

1) clarity around the initial offering process, and

2) a way to stop the turf wars between the SEC and CFTC.

There’s enough crypto to share with all the regulators. And with legal clarity, there will be even more. 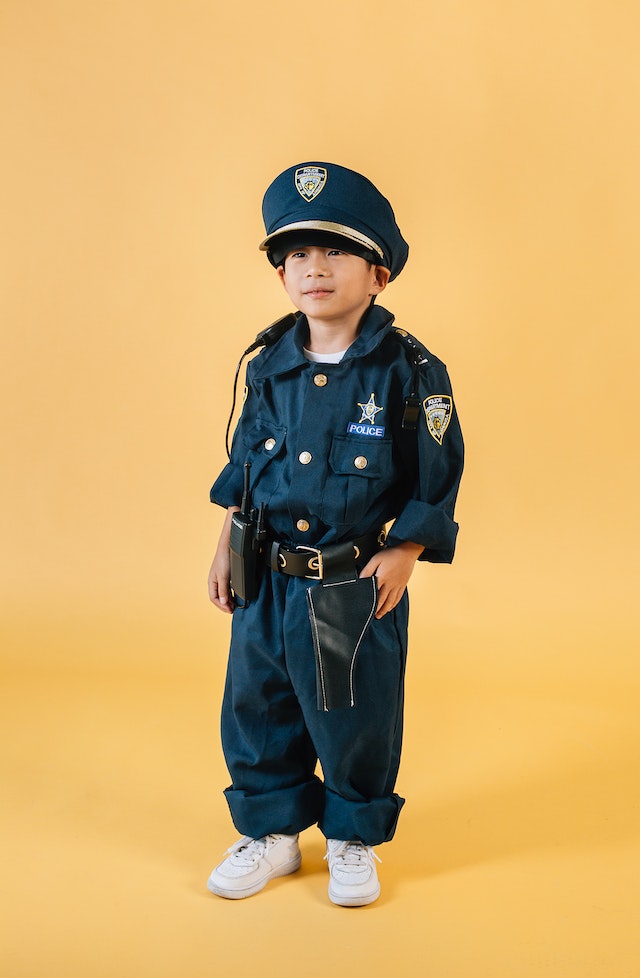 Why Crypto Regulation is Good

To those in crypto who are still resisting legislation: your faith is weak. If the technology is really as great as you say, won’t it still be great if we actually have laws around it?

To me, it’s completely obvious that just as regulatory uncertainty caused the Crypto Winter in 2018, regulatory certainty will usher in a new Crypto Spring.

Think about it: if everyone understands the path to launching a legal crypto project, the investment dollars will come flooding in. Every company, bank, and financial institution will want in. It will have to be part of their strategy, just like the Internet in the 2000s.

Even the Wild West needed sheriffs. And once people felt like they could walk into a saloon without getting robbed, that’s when the growth of the American West really started to take off.

The paper is a good start. Let’s build good laws from there. We’re ready.