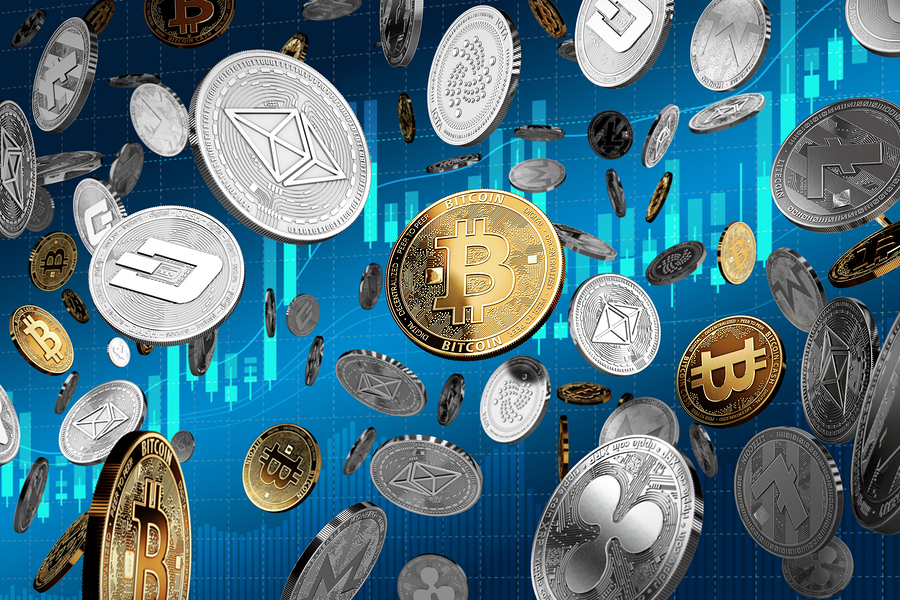 Despite the ups and downs experienced by bitcoin and its related altcoins, you’ll likely agree that the future of blockchain technology and the assets created to support blockchain is a bright one. More companies have become involved with blockchain projects, and an increasing number of altcoins are seen as both methods of payment and a good investment.

What Is an Altcoin?

The word altcoin is used to describe any cryptocurrency that is not bitcoin. It is an abbreviation for “alternative to bitcoin”. As of February 2019, the site Coinmarketcap.com shows there are 2,062 cryptocurrencies. That includes bitcoin, so there are 2,061 altcoins. In reality, there are many more than this, but there are some that aren’t included on the Coinmarketcap.com website. Altcoins were named because most projects were created to become an alternative to bitcoin by improving on it in some way.

Many of the altcoins in existence serve little purpose, and it’s been estimated that 95 percent of all altcoins will not survive. In many cases, the altcoin changes just some small aspect of the blockchain or network, such as transaction speed, hashing algorithm, or total supply.

There is one exception to this and that’s Litecoin, which has become known as the silver to bitcoin’s gold. The two share many features, but Litecoin uses a different hashing algorithm, has a larger total supply, and has faster transaction times.

Why Consider Altcoins at All?

Many of the existing altcoins could one day make a better investment than even bitcoin. These altcoins, in some cases, are just beginning to become recognized, with their usage and user bases growing dramatically. That’s why it can be useful to see which altcoins have the most users and which ones have the greatest trade volume. You might be surprised to learn that they aren’t what you might expect and that the altcoins with the most users aren’t necessarily those with the most trade volume.

With more than 2,000 altcoins, it’s obviously impossible to know what all of them do, or which ones might be in the five percent that survives long term. There are several factors to give you an idea of the altcoins that are currently doing well and might be expected to grow in the future. Those factors include the market capitalization of the altcoin, its trading volume, and its number of users.

Bitcoin was the first coin created, and it remains the leader. That makes it the benchmark for the coins that followed. While most people have now heard about bitcoin, the altcoins that have been spawned since are in many cases far more interesting in terms of their usage and potential. There have been many improvements over bitcoin, but most of the altcoins struggle to become recognized in a sea of their peers.

Altcoins with a Strong User Base

A strong user base is important to many altcoins because it shows increased adoption and helps spread the word about the altcoin further, thus perpetuating the growing usage. How can we measure the user base of all these altcoins?

One problem with using the total number of wallets is that many users have multiple wallets, and many wallets sit unused for years.

Another metric you can use to determine a strong user base is the social media numbers for each coin. This gives you another reading on the size of the active user community.

Reddit has long been a gathering place for those interested in blockchain projects, making the number of Reddit users following a project a good measure of the user base. Twitter is also popular with blockchain enthusiasts so it can be worthwhile to compare Twitter follower numbers as well.

As you can see, the coins with the largest market capitalizations mostly have the largest social media followings as well. It might be useful to track the growth in social media numbers for smaller up-and-coming coins to see which ones might make it to the top of the pile.

The most-watched measure of volume in the crypto markets is the daily trading volume. While DTV is good to know, there are other volume metrics that may give a better picture of which altcoins are the best and which are improving or falling behind.

Rather than looking at trading volume, it can be good to look at transaction volume. This shows you the degree to which an altcoin is actually being used, rather than just letting you know how much speculation is occurring in a coin.

Another useful metric is the number of transactions, but it can be misleading. For example, EOS holds the record for absolute transaction volume, with over 47 million transactions in one day back in December. However, it has been speculated that most of these are nothing more than spam transactions meant to artificially inflate the transaction count. So, looking at the transaction count can tell you if an altcoin is becoming more popular, but it needs to be taken together with other metrics.

Get more useful information concerning altcoins when you subscribe to the Bitcoin Market Journal newsletter, trusted by over 100,000 blockchain investors.