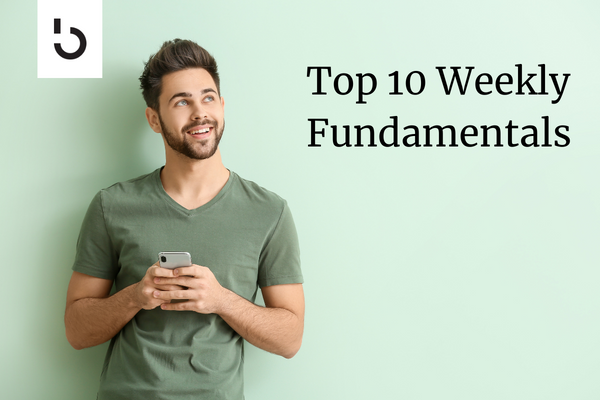 We can measure the price (black line) relative to the active addresses (green line) to see if bitcoin is currently underpriced or overpriced.

Investor takeaway: Active addresses (green line) have stumbled to about 909K since our last edition, thus shaving off about 50K total addresses, though the price (black line) has experienced some recovery and is now in the high $17K range. At this rate, BTC could reach $18K by the time Santa arrives.

The price jump occurred following news that the inflation rate in the U.S. had slowed over the past few weeks, thereby giving all consumers an early holiday gift. In seven days, BTC has risen by about $600.

There’s still a ways to go, however, before we see prices reminiscent of where the currency stood at the end of 2021. Until then, investors can still buy BTC at lower rates before the new year begins.

Investor takeaway: Like bitcoin, the Ethereum price (black line) has experienced a sudden push and lies in the $1300 range, which it hasn’t seen in several weeks. However, active addresses (green line) continue to slide, having dropped another 50K over the last seven days.

Uncertainty surrounded ETH this week after it was delisted by peer-to-peer trading platform Paxful due to various “security concerns” as mentioned by the company’s founder Ray Youssef.

Our thesis: Crypto revenue like transaction fees is how a crypto “business” makes money. Smart investors look for the projects generating the most cash.

Investor takeaway: We recommend purchasing and holding shares (or tokens) in crypto’s biggest money makers. The chart above shows the top four revenue producers as:

Uniswap’s lead over former 2nd place holder OpenSea has sunk this week and fell from nearly $40 million to just over $20 million. This suggests hype surrounding the former’s new NFT integration and fees shared with users policy is already beginning to die down.

In the meantime, OpenSea is changing its royalty distribution practices to make them more decentralized, following weeks of criticism. Perhaps the shrinking gap between itself and Uniswap can be attributed to a rise in popularity.

Protocol revenue is money paid back to token holders or company treasuries (vs. being paid out to liquidity providers as with Uniswap, or NFT holders as with OpenSea). You might roughly think of this like stock dividends.

Investor takeaway: A delisting on Paxful hasn’t stopped Ethereum from remaining at #1 this week. OpenSea, following its move to #2 in our last edition, comes next, while dYdX and PancakeSwap complete the top four.

No matter what occurs, Ethereum has always maintained a large lead over its competitors in this category, and we don’t predict this will change anytime soon. That’s why it continues to be our primary choice in terms of protocol revenue.

TVL represents how much is held or “locked” in a company’s smart contracts. It is roughly equivalent to the deposits held by a bank and can signal a crypto company’s strength.

Lido has increased its lead over Aave to $700 million. The latter company is slipping and only holds a $300 million advantage over #3 placer Curve, which is lower than where the gap stood during our last edition.

If Curve keeps this up, it could be at #3 by the time the new year starts, though Curve is facing competition from Uniswap. Currently in 5th place, Uniswap’s TVL is only $100 million less than that of Curve’s, so it’s still anyone’s game.

Our thesis: Crypto exchanges, both centralized and decentralized, are arguably the most important applications in blockchain. Savvy investors look for which will be the #1 and #2 exchanges over the long term.

The future appeared bleak for crypto exchanges following the crash of FTX. The bankruptcy proceedings drag on, even while FTX founder Sam Bankman-Fried was arrested in the Bahamas after criminal charges were filed in the U.S.

As we recommended earlier this week, taking some of your funds out of exchanges and keeping them in cold wallets may not be a bad idea. Diversify not just your mix of investments, but also where they’re stored.

Our thesis: Lending and borrowing is another proven use case of blockchain. Savvy investors look for the companies that will dominate the lending market long term.

Again this week, none of our top players stand beyond the billion-dollar mark. Drops arrived following news that both Aave and Compound, along with other crypto lending platforms, took measures to implement market freezes so they could deal with ongoing volatility and speculation.

Our thesis: Foundational blockchains, also known as L1s, are like the operating systems for Web3. We predict there will be two or three big winners that will go on to dominate the internet of tomorrow.

Long-term, we are still bullish on BNB, but all centralized exchanges will be facing stress tests until the FTX drama dies down (likely during the holidays).

Our thesis: DeFi companies are the future giants of fintech, disrupting or replacing all the legacy payment and banking systems of today.

Investor takeaway: Uniswap remains at #1, while BitDAO, after moving back into 2nd place last week, is retaining its newfound position.

PancakeSwap comes in again at #3, though the financial gap between itself and BitDAO is less than $100 million, so the heat is on for who could become this list’s long-term #2.

Our thesis: NFTs are a specialized niche of crypto. They’re only appropriate if you really love collecting. Even then, they should not compose more than 1% of your portfolio.

Investor takeaway: This week features a few changes. CryptoPunks is back at #1, though its biggest rival, BAYC, is being outperformed by its cousin MAYC, this edition’s #2. BAYC has taken two steps back and now rounds out our top three.

NFTs still your thing? If so, you’ll want to check out our NFT guide and new NFT Scorecard to see which ones might be worthwhile investments.