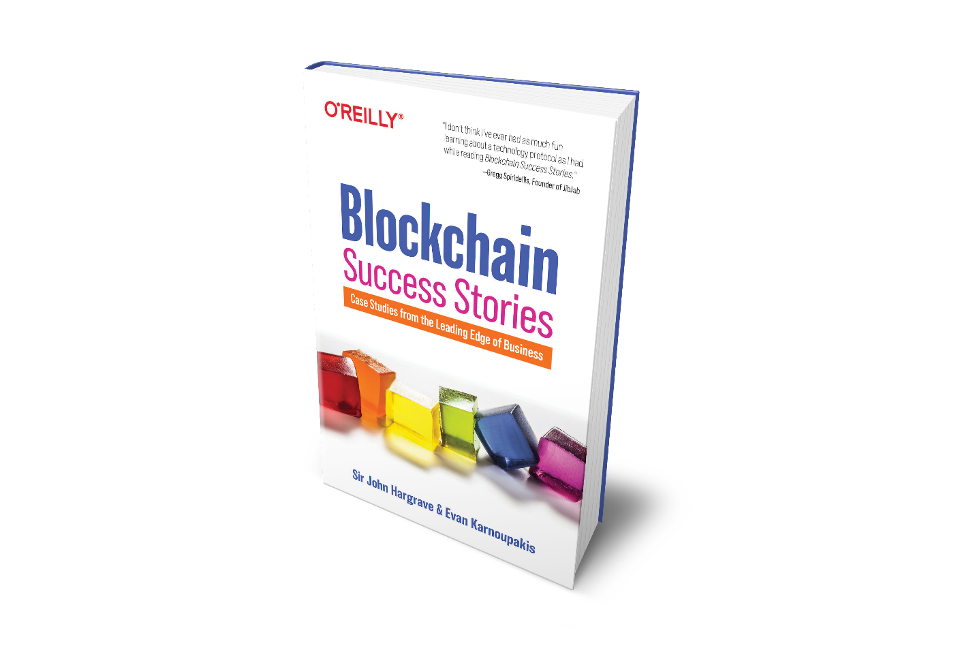 Evan Karnoupakis has a brain the size of a planet.

We’ve been friends since high school. After both going to business school for our MBAs – Evan went to Wharton, I went to Babson – we went our separate ways. Evan became an educator, I became an entrepreneur, but we kept in touch at the occasional Nerdy Game Night.

If you read my previous book, Blockchain for Everyone, you know about the “Fellowship of the Coin,” the group of four Tolkien-loving friends who get together for board games and geeky discussion. Evan was one of the four, the “swarthy Greek dwarf” who amazed us with his continually-expanding blockchain knowledge.

So the mythology of our new book – the story behind Blockchain Success Stories – actually begins in the previous book. The first book tells of my risking and losing my company on this new technology called blockchain, and the second book tells how to build blockchain companies successfully.

It seems fitting that Evan – a character in the first book – becomes the co-author of the second. And Evan really is like his character: he’s one of the smartest people I know, with an incredible ability to memorize facts and details, to hoover up vast research studies and instantly recall key points.

But it was a meeting at South by Southwest in 2019 that set this book in motion. Here’s the story behind Blockchain Success Stories. 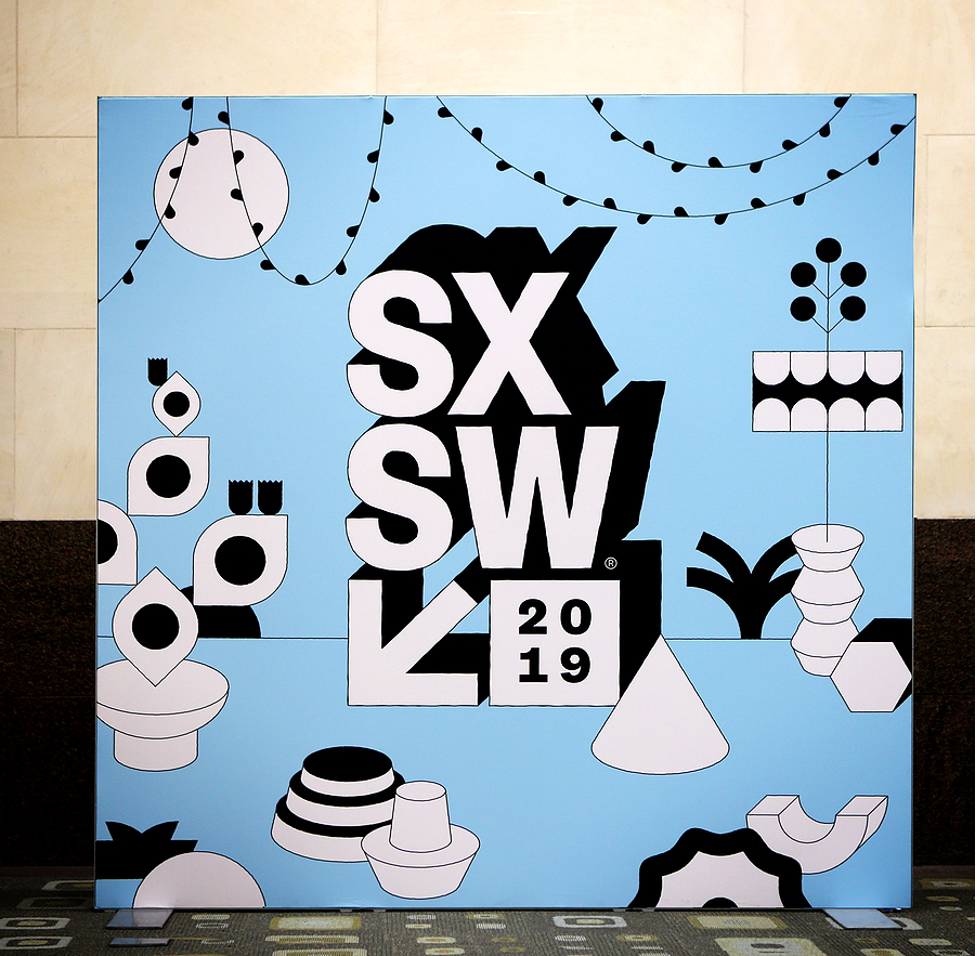 The Meeting in Austin

It was a cold morning in March when I met with Michelle. We were sitting in a sleek hotel lobby next to a glass fireplace, with a barista whipping up lattes nearby. All around us were attendees of Austin’s famous South by Southwest festival, the annual event that brings together creative types from all over the country – along with plenty of record labels, movie studios, and book publishers looking to hire.

Michelle was an Acquisitions Editor for O’Reilly Media, which means she’s the person who makes new books happen. O’Reilly is, of course, well-known for their excellent series of technology guides, which are the industry standard for programmers and developers:

I was at SXSW promoting Blockchain for Everyone, and Michelle was scouting for a new book about blockchain, something more targeted to the business leader.

“You know what would be interesting?” I asked her. “A book of blockchain case studies.”

“All these blockchain books are so technical,” I continued. “They’re all theory, no practice. I would love a book that just walks through how people are building real blockchain businesses. We could interview leaders from most successful blockchain projects around the world, get their stories, and pull out blockchain best practices.”

I’m a professional simplifier, so I’m simplifying this conversation. The original idea was a lot rougher. Michelle really helped refine the idea behind the book, then shepherd the proposal through the process.

The reason that professionally-published books are generally better than self-published books is because you have this team of incredible experts who have seen thousands of books. They know what makes a good book.

Most of these people get very little credit, maybe a page in the Acknowledgments, but they really spin a writer’s words into gold. It starts with the editor who decides to go ahead with the book.

Bringing in the Big Brains

I had never written a book with a co-author before, but Evan had been contributing to Bitcoin Market Journal, and I thought of him immediately. This book would require a lot of research, and I wanted it to be first to market, so we’d have to move quickly. (In the publishing world, a year is fast.)

“Case studies! Exactly!” In business school, many classes are taught using the “case study” method. Case studies are typically 10- to 20-page stories about a real-world business problem, seen through the eyes of a company executive or founder. Maybe you’re Tim Cook taking over Apple from Steve Jobs, or maybe you’re the New York Times deciding whether to launch a new digital project.

This is why the case study method remains so popular in business schools: because it’s just like real life. You’ve got a messy problem with no clear solution. Best of all, there is no “right answer.” Most professors assign the reading beforehand, then you come to class and present your solution. The only important thing is that you back up your solution with a credible argument on what you would do next.

“Blockchain case studies would be a really useful contribution to this industry,” Evan went on. “We need to see how people are actually building these projects in real life.”

“Each chapter could cover a different use case for blockchain,” I continued. “Digital currencies, collectibles, supply chain…”

“We interview the founders and tell their stories,” Evan offered. “We’re building the stories around this new industry.”

And so it was decided. The gold standard for case studies is Harvard Business School, and we wanted to do case studies with that same level of rigor and quality. At the same time, we wanted them to be fun to read, not a stuffy textbook.

We wanted this book to become the new industry standard: the Bible of business blockchain. 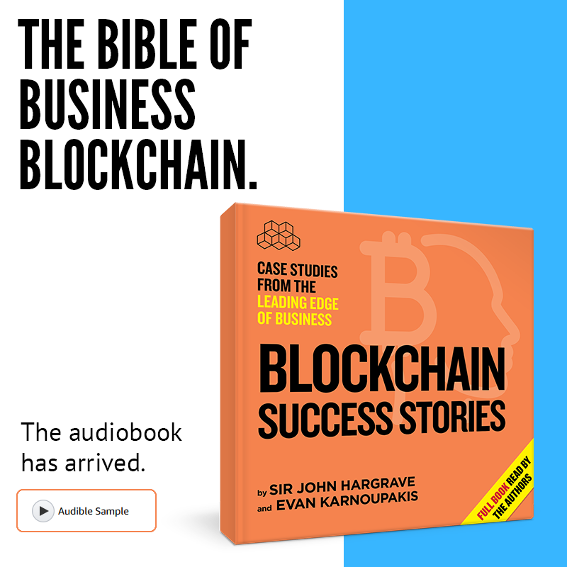 Once O’Reilly accepted our proposal, it was incredible how quickly everything came together. We wrote the first section – What is Blockchain? – to introduce people who are new to the subject. Then we created ten story-driven case studies from leading projects like Binance, Circle, Cardano, Everledger, and CryptoKitties.

Along the way, we had the support and help of the incredible O’Reilly team, especially our outstanding editor Amelia, who helped us polish each story into a shining gem, the entire book into a masterpiece.

If my previous book was a book about failure and redemption, this is a book about success. We’ve come full circle, from trying to explain blockchain to ourselves, to explaining it to the world. We’ve gone from watching the story from the outside, to sharing the inside story.

We’re so excited for you to read it. As it just hit #1 on the Amazon New Releases list for Digital Currencies, we hope you’ll pick up a copy (or two) for the holidays. Click here to buy our new book.