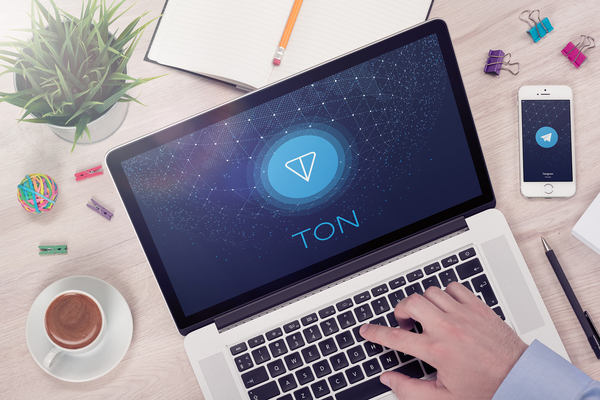 Well, that took a turn.

In a very short period of time, Telegram has gone from a popular messaging app to a lucrative blockchain investment to a publicly aborted ICO filled with questions. What exactly happened here?

The short version is that the company doesn’t need to launch an ICO. It raised so much money from private investors that it could call off the sale.

Telegram operates one of the world’s largest messenger apps with more than 200 million users. In 2017, the company announced plans to build a companion project called Telegram Open Network (TON), a blockchain-based messaging and payments service which would allow users to move money and cryptocurrencies around the world. The service would run on “grams,” the crypto tokens behind TON’s internal economy, and would self-fund through an ICO.

According to reporting by the Wall Street Journal, that ICO has been canceled.

The benign explanation for this is that the service has raised enough money from private investors to avoid the cumbersome process of a public offering. Reporting by the Wall Street Journal indicates that Telegram initially expected to raise $1.2 billion, with half of that coming from a public offering and half of it coming from a small number of private investors. Instead, at time of writing, TON has raised more than $1.7 billion from approximately 200 individual investors.

Avoiding a public sale can save a company millions.

The SEC Elephant in the Room

When it comes to securities regulation, raising money from private investors requires much less oversight than approaching the general public. The SEC allows individuals and institutions to act as “private investors” when they meet certain accreditation standards, such as net worth, professional licensure, and degree of investing experience. Lawmakers consider these investors sophisticated enough to know what they’re getting into with an unregulated investment, and so exercise less oversight on their trades.

A public sale means opening up the sale to everyone else. The government takes a much stricter oversight role in public offerings because lay investors might have little or no experience. They can be more easily conned and often have much less wealth they can afford to lose.

So, Telegram has avoided a potentially expensive process by selling only to accredited investors. If it had launched its ICO, especially in an age of heightened scrutiny by the SEC, the company would have had to pay quite a bit to ensure that it met all the legal requirements for a public sale.

Indeed, reporting by outlets such as The Verge suggest that avoiding this process played a key role in Telegram’s thinking.

And yet… Telegram already has a transparency problem.

Despite its large user base, Telegram has come under fire from both technologists and law enforcement for how it does business. It has been called the communications tool for terrorists and criminals, with United Kingdom Prime Minister Theresa May linking it to pedophiles and the Huffington Post reporting that it has become “the app of choice for ISIS.” Somewhat ironically, security enthusiasts criticize the firm from an opposite angle, suggesting that its black-box approach to technology obscures the fact that the service is nowhere near as secure as its reputation suggests.

In either case, right or wrong, one of the overwhelming narratives about Telegram as a company is that it doesn’t really want you to know what’s going on behind the curtain. In calling off the public ICO, Telegram has reinforced that narrative.

Private fundraising is absolutely cheaper for a company. During a public offering, assuming that Telegram chose to comply with SEC regulations, it would have to pay for lawyers, underwriters, bankers and (most likely) publicists. Private investors, on the other hand, cost little more than a handshake and the time it takes to draw up the deal.

A public offering can get so expensive, though, because it’s a transparent process. The SEC requires substantial disclosures, both about a company’s finances and its business practices, in a process specifically designed to uncover secrets and make sure that corporate leadership complies with fiscal and ethical best practices.

In other words, the SEC oversight process addresses many of the very concerns that chase Telegram on a day-to-day basis.

Maybe the company doesn’t care about any of that. With hundreds of millions of users and potentially the most successful round of funding in blockchain history, it can certainly afford to ignore a bit of bad press.

Yet the decision feels penny-wise and pound-foolish. Complying with SEC oversight would have cost a tiny fraction of the company’s new wealth. At a time when politicians, law enforcement agents, and members of its own community are increasingly skeptical of Telegram’s institutional secrecy, this would have addressed a lot of concerns.

Want more insight and analysis like this delivered straight to your mailbox? Subscribe to the Bitcoin Market Journal newsletter today!