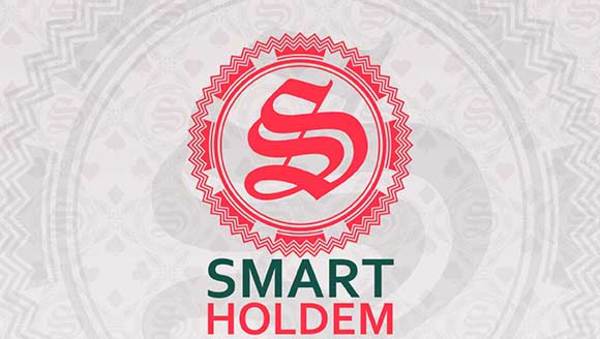 SmartHoldem is a decentralized gaming platform and poker room. Emphasizing that honesty is an important trait in online gambling, SmartHoldem aims to provide users with transparency and integrity of data using blockchain technology.

The ICO was scheduled to take place between November 24 and December 12. This ICO, which is open to international investors, aims to sell 62 percent of all available tokens (148.8 million).

To participate, you must click on the “Get Tokens” button at the top of the SmartHoldem website and confirm that you are not currently a resident or citizen of the U.S., and are also not buying these digital tokens for a person in the U.S.

Further, you must verify that you have read and understood the SmartHoldem whitepaper, as well as the terms and conditions, in order to take part in the sale.

The internet is rife with poker rooms that do not do business honestly, according to the SmartHoldem whitepaper.

“Not surprisingly, the question of honesty in poker rooms is the hottest topic for discussions on forums or in private conversations among fans trying to try their luck in Texas Hold’em,” the document states.

To address this problem, SmartHoldem has designed a blockchain-based system that harnesses an honesty algorithm, which in turn helps ensure that players do not cheat by recording their hands to the blockchain every time a game begins.

Players receive a decryption key when the game is over, and methods that have been built into GameExplorer, the browser of the Poker-Room game client, inspect the game and make sure it was played honestly.

Further, SmartHoldem has something called the non-interference algorithm, which is designed to help address the problem of “unfair shuffling.” While all the cards in the GameChain are encrypted before each hand in the Poker-Room, the players are able to decrypt and view their information once the game is over.

For starters, none of the people on the SmartHoldem team revealed their full name. In some cases, these team members went by pseudonyms. In addition, none of them provided links to their LinkedIn or other social media accounts.

Taken altogether, this lack of disclosure amounts to a major red flag.

Investors should keep in mind that it can be easier to generate success using an A team with a B idea than by using a B team with an A idea.

SmartHoldem (STH) tokens can provide value to both users and investors.

STH tokens can be exchanged for GameChips, which can then be used to participate in SmartHoldem’s Poker Room. As more users join the platform, the demand for these digital assets should increase.

In addition, should STH tokens ever begin trading on exchanges, they could experience sharp increases in value.

Interestingly enough, the SmartHoldem whitepaper states that “There is little probability of including the STH token in trading on popular exchanges,” which it goes on to list as:

At the time of this report, it was unclear whether the mention of “little probability” was a typo or not. An inquiry was sent to the SmartHoldem Facebook page but no reply was received.

In addition, token holders are entitled to receive payments based on the commissions collected, which are 6 percent for every SmartHoldem pot played. These payments could prove enticing, but only if a certain number of players use the platform.

Communications directed toward both of these accounts yielded no reply. A tweet sent to the SmartHoldem Twitter resulted in no response, while a message sent through Facebook also went unanswered.

SmartHoldem has a Github, but it does not seem particularly active. More specifically, the Github states that it has received 15 contributions in the last year.

While investing in STH tokens could prove rewarding, this project has some serious warning signs that could likely give serious investors considerable pause.

One major point of consideration is that no team member was willing to supply their full name, instead opting to provide a partial name or use a pseudonym.

Further, their whitepaper could have been created in a more professional manner. More specifically, there are portions of the document in which the language is unclear.

Any investors who are thinking about taking part in this ICO should keep in mind that investing is inherently risky, and it is important to conduct thorough due diligence before participating in any token sales.