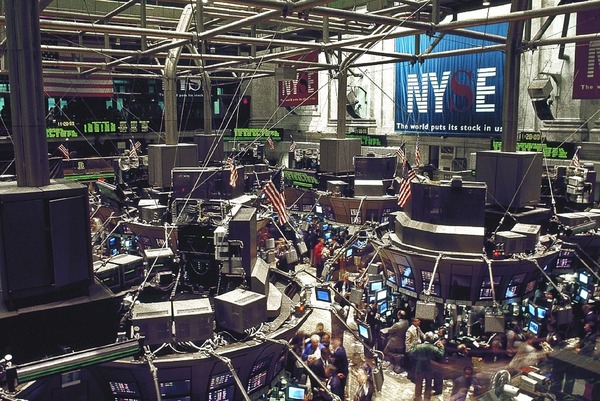 That’s the short version of why the government regulates and polices securities so heavily.

Now here’s the longer version. It all comes from the Great Depression.

The Stock Market Crash and the SEC

The Securities and Exchange Commission was created in the wake of the 1929 stock market crash. The years leading up to Black Tuesday had been marked by rampant fraud and abuse among investors, as traders bought and sold virtually anything that could make a profit. In particular, a practice known as “leveraging” became incredibly common among investors looking to accelerate their portfolios.

Leveraged investors use borrowed money to make their investments, intending to pay off the loan with their profits. A successful leveraged investor can make a fortune since his or her portfolio isn’t limited to personal or professional assets. When a leveraged investment doesn’t pay off, however, it doesn’t just wipe out the investor. Without the anticipated profits, that investor may now default on his or her loan, hurting the bottom line of whoever floated the credit.

In the 1920s, these forces came together catastrophically. A lack of oversight led to widespread problems with fraud and over/undervalued stock prices. Investors bought into these stocks with borrowed money, pushing prices ever higher. When the whole house of cards collapsed, it didn’t just take out the investors themselves but also the banks that extended the loans and the companies that sold the stocks.

Congress created the SEC to keep that from ever happening again.

The SEC is a complicated organization with five principal parts: the Division of Corporate Finance, the Division of Investment Management, the Division of Trading and Markets, the Division of Economic and Risk Analysis and the Enforcement Division. They all exist to police the creation and sale of securities. Yet for all of the many moving pieces to securities enforcement, the “why” actually boils down to two basic issues: fraud and impact. The government wants to make sure that the securities market works honestly because a dishonest market can take down the entire economy.

Securities are heavily regulated to prevent fraud because securities investments are particularly liable to that.

One of the biggest problems with marketing a security is what’s known as “asymmetry of information.” Basically, the person selling you the product knows more about it than you ever can. Financial products are particularly vulnerable to abusive practices in this regard because of their intangible nature.

Take two potential investments: a share of stock and a house.

If you’d like to buy a piece of land, the seller has to make it open to your inspection. Before any money changes hands, you can have qualified professionals review the soil, check for mold, look up the title history, and undertake any other investigations necessary to decide the property’s value for yourself. You, as the purchaser, can put hands on the product and do your own research.

So the government allows a more unregulated market when it comes to real estate transactions because the buyer can more effectively protect himself from fraud on the part of the seller. If there’s something wrong with a house, a thorough inspection will (more often than not) discover that problem and the parties can settle that through negotiation.

Now, look at that from the perspective of a share of stock. This financial product doesn’t exist in any tangible sense. As a potential purchaser, there’s no property you can inspect or asset on which to put your hands. The value of the stock will depend on the solvency of the company, on how good business has been, on future plans and potential competition, on the strength of the management team, and many more ephemeral factors.

The company will publish a prospectus, and brokers will share that with a client, but the purchaser has to take much of that information more or less on faith. Without the ability to actually conduct a personal audit, there’s no way to know if the company has told the truth about its future and finances or if it’s made it all up to cash in on a rich IPO.

This is asymmetry of information. As purely financial products, securities virtually by definition will have a value that the buyer can’t entirely know or define. Unless the seller is honest, it’s very easy to create fraudulent products that promise the moon and deliver nothing. Enforcing that honesty is one of the key reasons why the U.S. polices securities so heavily.

The other is the widespread impact that an unregulated market can have.

Securities can take down the economy.

The Economic House of Cards

Thanks to banking deregulation that began in the 1980s, by the early 2000s, the financial sector had entered a boom. A lot of banks were making money selling securities based on subdivided mortgages sold on homes across the country.

Many failures came together to cause the housing collapse of 2008, but essentially what happened was this. A strong economy made money cheap, so lenders began giving out high volume mortgages with fewer borrower criteria. Banks then took these mortgages and put them together into bundles called “mortgage-backed securities.” Investors then bought shares of those securities, which gave returns when the homeowners paid their mortgages and generated profits off the mortgage interest rates.

Here’s the kicker. The worse someone’s credit is, the higher the interest rate a mortgage lender can charge him or her. A mortgage-backed security built out of these bad-credit loans, a “subprime mortgage,” will pay off handsomely because the interest rates involved are very high… right up until those homeowners stop making payments, which is likely because of the same poor credit that makes the mortgage so profitable in the first place.

Numerous failures of oversight led to the housing collapse of 2008, but the takeaway is the same as it was in 1929. A poorly regulated securities market can affect everyone. You don’t have to have money in the stock market to lose out when it crashes. As banks and investors struggle, companies will struggle to raise capital. Undercapitalized businesses won’t hire new workers, or will lay off their existing ones. Retirement accounts will collapse. It can cause pain and misery on a nation-wide scale, and all because a bunch of banks sold securities based on bad information.

The SEC would like to keep that from happening for a third time.

Securities as an asset class can help generate incredible wealth. For a company looking to launch or expand, selling shares of stock can make the difference between big dreams and a big footprint. They are also incredibly dangerous. Investors typically have nothing more than the seller’s word when it comes to the details of a financial product, and the harm they cause can spread fast.

All of this is why, when it comes to securities, the regulators take their jobs very seriously. So, it should come as no surprise that the SEC is so interested in what is going on in the ICO space today.

Want to know more about how to make smart investments? Subscribe to the Bitcoin Market Journal newsletter today!