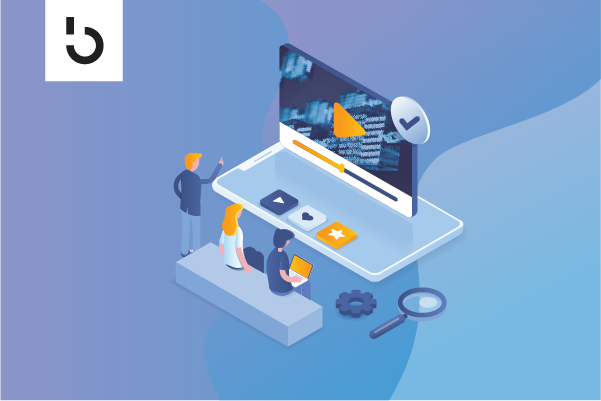 Where can I get up-to-date information on blockchain? This list compiles a list of the top ten blockchain and bitcoin-related videos featured on YouTube. In one page, you’ll learn what blockchain is, how it works, and how it will change business and finance as we know it.

The top blockchain videos have millions of views, showing just how popular this new technology is. Because some people find it easier to learn from a video, our editors put together this resource of the ten most watched YouTube videos for 2022. This is a perfect place to begin an exploration of blockchain technology, not to mention bitcoin and cryptocurrency.

1. How Cryptocurrency Works (217,615,569 views): At only seven months old, this 38 second video was first published in May 2021. The video is developed by Alan Chikin Chow, an actor and writer whose mission is to “inspire people of all backgrounds and identities to unite through laughter.”

While short, the content is straightforward when discussing how crypto works. Alan is seen dropping a phone into a hole in a box, only to receive two phones in return. This gives him an idea, and he drops a small sum of money into the box. He gets a hefty sum back. From there, he drops everything into the box thinking his return will be tripled, but this time, there is no profit. He runs off, upset, as the box is thrown to the side to show Elon Musk underneath having taken everything.

The video highlights how unpredictable crypto can be and the individual power of specific figures within the space.

2. Money Man – LLC (Official Video) (feat. Moneybagg Yo) (25,795,473 views): This entry is a music video featuring up-and-coming rapper Money Man. He recently made headlines for receiving a $1 million advance in bitcoin for his work with EMPIRE, a record label that pays artists in crypto.

The song featured in this video – known as “LLC” – stems from Money Man’s new album “Blockchain.” At just over three minutes long, the video shows Money Man rapping while wearing a large bitcoin logo on a chain around his neck. A group of masked, scantily clad women also perform a heist on a bank, suggesting the standard financial system employed by the U.S. is failing its people and that crypto may be a rescue tool.

3. Cryptocurrencies: Last Week Tonight with John Oliver (HBO) (18,194,979 views): This video features British commentator John Oliver—known primarily for his discussions of politics and current events—bringing up crypto for the first time on his show.

The host focuses on the risks associated with the crypto industry and enlists the assistance of comedic actor Keegan Michael-Key of “Key and Peele” fame to help viewers learn to trade with caution.

4. Internet Computer: Blockchain Singularity (13,365,802 views): At less than two minutes long, this is one of the shortest videos on our list, but it has made an impression on investors with more than 13 million views.

The video is by Internet Computer, a decentralized blockchain designed to host smart contracts. It features no voice narration, only graphics and onscreen text. The content goes through the history of computing, starting in the 1960s. It goes through all main points of computing in America such as the introduction of personal computers in the 1980s to the establishment of the internet and mobile devices, to the development of crypto and blockchain in the 2010s.

5. But How Does Bitcoin Actually Work? (11,877,628 views): An in-depth, 26-minute video discussing the mathematics behind bitcoin and its crypto counterparts. The video answers questions like, “What does it mean to have a bitcoin?”

It goes into detail regarding the ownership of crypto, how transactions occur, how the process of recording transactions to the blockchain works, and how to create new tokens. Good for a deep dive.

In this video, he offers insight into bitcoin and its history to help viewers decide if investing is right for them. The discussion is not meant to make anyone shift in one direction. Rather, viewers are asked to decide for themselves.

7. Money Man – Blockchain (Official Video) (7,455,758 views): This is the official music video of “Blockchain,” the main song featured on Money Man’s debut album “Blockchain.” It features Money Man rapping about the world’s many cryptocurrencies and how they can potentially lead to success, riches, and financial security.

Some of the lyrics mention prominent altcoins rising through the ranks. Here’s an example:

8. How Does a Blockchain Work – Simply Explained (7,111,668 views): Number eight on our list comes from the group at SimplyExplain, which is all about taking complex subjects and explaining them in plain English. This six-minute video does that precisely and concisely.

If you’ve always wondered how a blockchain works but other explanations haven’t clarified things, this may be the perfect explanation for you.

9. Inside the Cryptocurrency Revolution (6,202,302 views): This video is brought to viewers by VICE, a Canadian/American magazine that focuses on news, politics, art, and culture.

Through its HBO program, VICE reporter Michael Moynihan travels to Russia with Vitalik Buterin, the co-creator of Ethereum network. There, they focus on blockchain and the growing trend amongst governments to use the technology to change and revolutionize how internet businesses operate.

10. Introduction for 15.S12 Blockchain and Money, Fall 2018 (4,698,013 views): In our longest video, this is a finance/blockchain lecture recorded at the Massachusetts Institute of Technology.

Hosting the video is Professor Gary Gensler, who is now in charge of the U.S. Securities and Exchange Commission (SEC). The video discusses the history of crypto, suggesting the industry has its roots in 1989. Several failed coins would be produced over the next ten years.

These are just ten of the most watched videos for 2022 on YouTube. There are hundreds of other useful videos for learning about bitcoin, blockchain, programming, development, and any other facet of this new technology that’s changing our economy and the way we look at storing data in the future.

Subscribe to the Bitcoin Market Journal newsletter to stay on top of useful and entertaining news about the blockchain ecosystem.