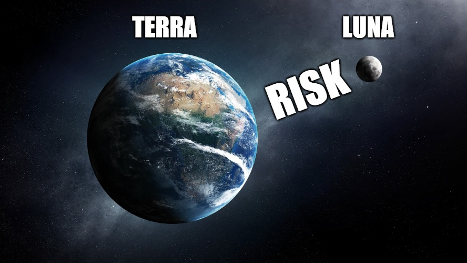 Everyone in the crypto media is over the moon about TerraUSD (UST), the stablecoin that is currently paying 20% interest rates. You read that right. This stablecoin is paying over 300x the interest rates of traditional banks.

Remember our two rules of thumb about crypto interest rates:

We’re not here to hype, we’re here to help. In this piece, we’ll help you, the smart crypto investor, understand why Terra (and its companion token Luna) are riskier investments, and why you may want to avoid following the crowd on this one.

Terra and Luna: How They Work

Terra is a family of stablecoins, designed to hold their value against traditional currencies (if you’re new, read our Guide to Top Stablecoins).

Unlike most stablecoins which are pegged to the US dollar, Terra’s ambition is to create stablecoins for all the world’s currencies. So there’s not only TerraUSD (which equals 1 US Dollar), but TerraEUR (1 Euro), TerraCNY (1 Yuan), and many more.

The flagship stablecoin is TerraSDR, tied to the International Monetary’s Fund Special Drawing Rights. This is a welcome innovation, as SDRs are the closest thing we have to global money.

So on the one hand, we have the Terra family of stablecoins that are designed to be stable, or grounded to Earth (hence the name). These are balanced by another token called Luna, named after the Moon, which is where every crypto bro wants their investment to go.

Luna represents mining power in the Terra network: as an analogy, if you owned 10% of all Luna, it would be like owning 10% of all the computers that mine bitcoin. Holding more Luna comes with more “mining rewards,” making it valuable.

Terra and Luna have a kind of push/pull relationship, like the Earth and the Moon. As the Terra white paper explains it: 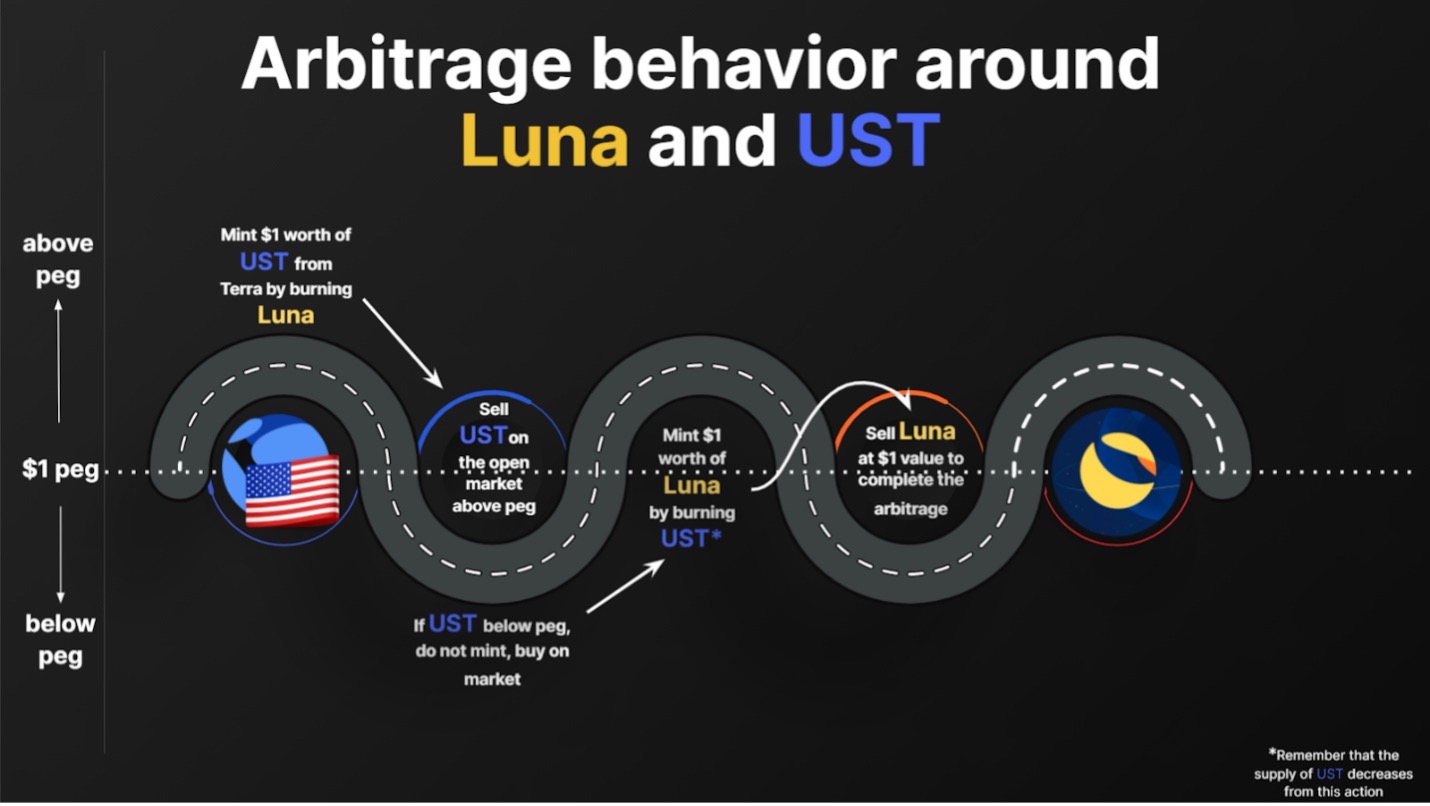 This is how most algorithmic stablecoins maintain their peg: through another token that acts as a “balancer.” (Courtesy The Tie Research)

So far, it has mostly worked. After a few shaky starts, TerraUSD (the US flavor of the Terra stablecoin family) has held very close to $1.00:

Meanwhile, the LUNA token has indeed gone to the moon:

But it gets better, because in addition to holding Luna, you can also put your Terra into a high-yield savings account, via a Web3 app called Anchor Protocol, and earn 20% APY.

All stablecoins are “backed” by something. There’s something in the “vault,” whether that’s actual dollars (good), other crypto (risky), or some combination of stuff (even riskier).

With algorithmic stablecoins like Terra, the “backing” comes in the form of computer code. The system itself — with the help of human traders — is adjusting Terra and Luna to maintain equilibrium.

This looks great on paper (and the white paper is elegant indeed), but the short history of crypto is littered with the bodies of failed algorithmic stablecoins.

For example, here’s Steem Dollars, a failed algorithmic stablecoin that preceded the downfall of the 2017-era Steem network:

You can even watch this play out in real time with NeutrinoUSD, an algorithmic stablecoin built on the Waves blockchain that seems to be losing its peg right now:

Algorithmic stablecoins are the riskiest of all stablecoins, because they are “backed” by nothing but a belief in the code.

I highly recommend the excellent paper Built to Fail: The Inherent Fragility of Algorithmic Stablecoins by law professor Ryan Clements. The TLDR version is:

The paper goes into detail on the 2021 failure of Iron Finance, an algorithmic stablecoin that worked much like Terra and Luna (only they called theirs IRON and TITAN).

In an algorithmic stablecoin failure, one part of the system breaks down, which causes a “negative feedback loop” to other parts of the system, resulting in a “death spiral.”

If Luna gets loony, in other words, Terra comes crashing down to Earth.

Let’s set aside the algorithms, and just use some common sense. If you buy Terra, lock it up in Anchor Protocol, and start earning your 20% APY, where is that money coming from?

In a traditional bank, we all understand the bank “uses” your money by making loans, and sharing with you a little bit of the interest they charge their borrowers.

How do they lock in a guaranteed 20% APY?

The Anchor white paper describes their protocol as the “gold standard for passive income on the blockchain.” (Red flag: there’s no such thing as passive income. All income streams require some active maintenance.)

Anchor is a DeFi derivative product where traders put in ETH and get bETH tokens, which they can use to borrow even more ETH, and so on. It is backed by Terra’s UST, so it’s a multi-layered derivative scheme, based on an algorithmic stablecoin.

If it seems too good to be true, it usually is. Sure enough, the Terra governance team recently voted to remove that “locked in” 20% APY, passing a new proposal to make the interest rate “variable.”

In the meantime, that “guaranteed” 20% APY is paid out through Terra reserves. As the money runs out, APYs will come back down to Earth. 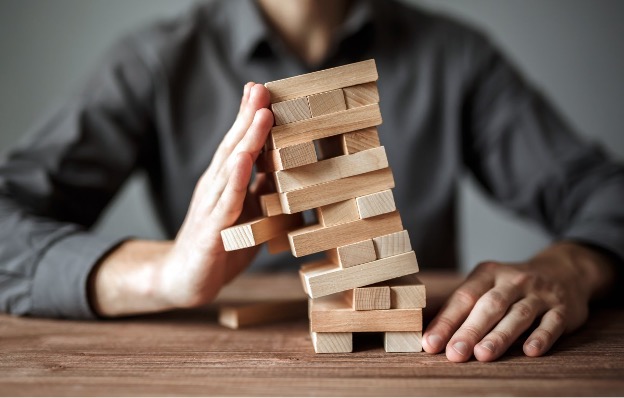 Remember: Terra is not built on Ethereum, like the majority of DeFi projects. It’s a separate blockchain, which means it does not have the network effects that we constantly preach.

Without the rich ecosystem of applications, developers, and investors, Terra is going it alone. As Liam Kelly pointed out in his recent Decrypting DeFi newsletter, more than 72% of UST is now deposited in Anchor.

In other words, Anchor has become a huge systemic risk for Terra. If investors suddenly decide to drain their funds from Anchor, that’s most of the Terra ecosystem. It would be like a run on a giant bank that made up ¾ of the national economy.

This is the risk of investing in new blockchains, where the ecosystem does not have the size and scale to handle these kinds of shocks.

Conclusion: The Risks Outweigh the Rewards

Investors in Terra stablecoins (and, by extension, the LUNA token) are taking on three separate levels of risk:

Investors better be getting 20% APY, for all that additional risk.

Meanwhile, smart crypto investors can be content with our 6% APY on quality stablecoins … which, by the way, is still 100x the interest rates of traditional banks.