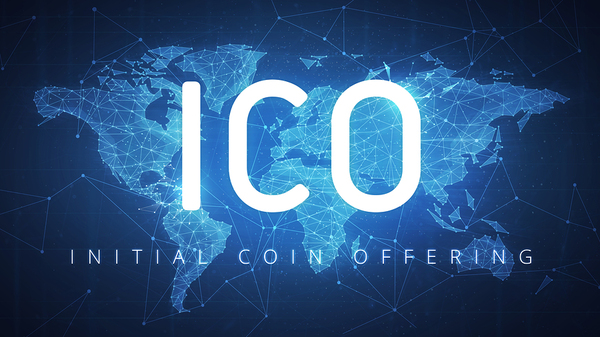 Initial coin offerings (ICOs) have exploded in popularity, raising more than $4 billion in 2017 alone. While these digital token sales have helped fund innovative ventures and novel digital currencies, the majority of these offerings seem to have failed.

A large number of them either did not hit their funding goal or simply refrained from reporting funding figures altogether.

While neglecting to report this hard data could denote failure, there are no regulations obligating entrepreneurs to report their results.

As a result, founders who do not report results may simply be reluctant to announce fundraising results. 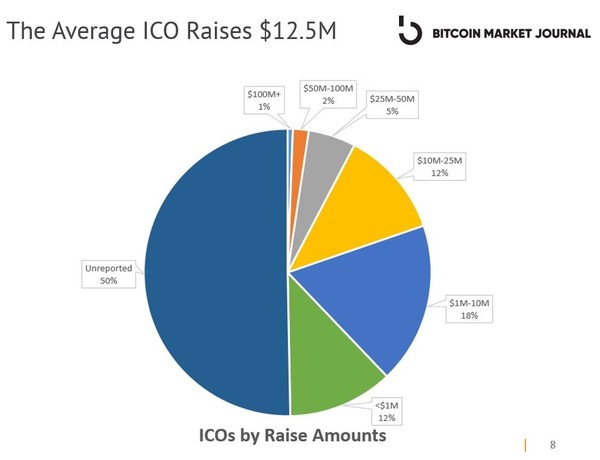 Out of these more than 600 completed offerings, approximately 42 percent reported funding figures, revealing that these sales raised an average of $12.7 million.

That means that more than half of the token sales that completed did not report how much money they raised. Analysts say this likely points to failure.

“As an investor, I assume that when an ICO chooses not to report their token sale, they were not able to hit their target raise.”

“Most of these teams aren’t reporting the results of their ICO because they have failed to meet their target.”

While a lack of reporting could signal failure for a digital token sale, it could very well point to other things.

“There are no reporting requirement standards,” noted Keshian. As a result, organizations holding these offerings have little incentive to report their fundraising figures unless they “knock it out of the park.”

He added that “many of the ICOs have small teams and are overextended and exhausted after the ICO sprint, and some may see the reporting of these numbers as an unnecessary component of the process.”

It could simply be that the teams holding these digital token sales are not sure how to report their figures when markets are so volatile, he noted.

Alternatively, the team that held the ICO may simply lack experience in “management and communications.”

Audits May Hold Up Reporting

Another factor that might affect how many ICOs report their funding results is the time needed to perform audits.

Of the 370 digital token sales that have neglected to provide funding data, close to one-third were within two months of their end date. The remaining ICOs hit their end-date more than two months ago.

While such an explanation might make sense, not everyone agrees.

Yazan Barghuthi, project lead at Jibrel Network, stated that the need to perform audits “shouldn’t be an excuse.”

“Funding is such a core part of overall project management, that at any given point in time, a company should be able to tell you +/- 0.5 percent how much in funding they are holding. And that +/- 0.5 percent allowance is being generous.”

Barghuthi added that many token sales have probably refrained from providing fundraising data simply because they have sold tokens at a “heavy discount.”

“Reporting a dollar figure in addition to their Total Token Supply figure, which was presumably all sold, would allow people to do the math and figure out that their purchase price was not in line with what was offered behind the scenes.”

Some ICOs are Scams

While entrepreneurs may avoid reporting the results of their token sales for the aforementioned reasons, they may refrain from doing so simply because their ICO was not an honest business venture in the first place.

“There’s no doubt that a lot of these ICOs are scams,” said Mati Greenspan, senior market analyst for social trading platform eToro.

Many investors are “trying to jump on the crypto/ICO bandwagon any way they can – without any due diligence whatsoever – and they are understandably getting burned,” he emphasized.

Transparency is crucial to maintaining trust in the capital markets. Since the digital currency markets are relatively new, you could argue that disclosing key information is even more important for those looking to hold ICOs.

“Transparency sits at the core of this industry and technology,” stated Grant Blaisdell, co-founder and CMO of Coinfirm, a blockchain and regulatory technology firm.

While investment in ICOs has been robust, this funding could dry up if investors lose their faith in the entrepreneurs and companies holding digital token sales.

If these entities hold such an offering and fail to produce the desired results, they should think twice before neglecting to report how much money they raise, said Garcon.

“It’s easy to see the logic in not wanting to broadcast bad news, but these teams should think again. Does Apple not report a bad quarter? Of course they do, and it’s broadcasted across every media channel imaginable. If they’re serious and passionate about building a real business then you would report your failures alongside your successes.”

While not all entrepreneurs holding ICOs may have the same point of view, Blaisdell argued that the broader industry is moving toward greater transparency.

Investing in ICOs can be a complicated endeavor. By conducting thorough due diligence, you can greatly increase your odds of meeting your investment objectives.

One way to perform the needed research on individual digital token sales is to visit our initial coin offerings page, where you will find valuable information about current and upcoming ICOs.

Another good way to stay on top of the latest developments in the space is to subscribe to the Bitcoin Market Journal newsletter. Why not do that today?