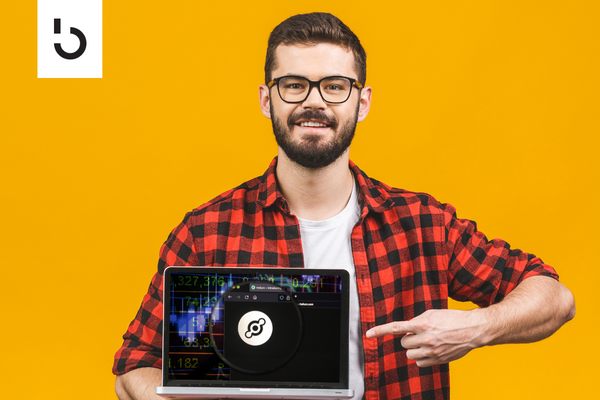 Helium, a.k.a. “The People’s Network,” has ambitious plans to expand its network offerings from a blockchain-based IoT networking, and transform into a “network of networks.” As a result, it has had to make major changes which come with pros, cons and opportunities for investors.

Read on to find out more about Helium including its history, revenue streams, major changes, and what all this means for investors. (And for a primer, don’t miss our piece on How to Invest in Helium.)

The Helium story starts in 2013, only a few years after the inception of bitcoin. Helium was co-founded by Amir Haleem, Sean Carey, and Shawn Fanning under Helium, Inc. as a global peer-to-peer wireless network with the capability to connect different devices to the Internet of Things (IoT).

The idea of IoT is to have a global network to which you can connect any device, for the purpose of exchanging data with other devices and systems over the internet.

But there was a problem: how would they get the people to build the network?

Roughly four years later, they found a solution in crypto. Hotspot owners who contributed to building the network were incentivized by rewards in the form of a blockchain-based token, the Helium Network Token (HNT). To cover these costs, companies would pay to use the network. This decentralized IoT-focused network was launched in 2019.

The Massive Growth in Helium

Helium scaled steadily through the next year, but it wasn’t until 2021 that the network truly exploded. The wireless network started that year with roughly 14,000 hotspots deployed.

Twelve months later, Frank Mong, the project’s COO noted, ”Today, the Helium Network has coverage in over 34,096 cities and 161 countries thanks to nearly 450,000 Hotspots deployed by the community. Approximately 3,000 Hotspots are being added by the day and over 5,000 new cities are added by the month.”

Over those twelve months, the network registered over a 3,000% increase in the number of hotspots. The approval of Helium Improvement Process 19 (HIP 19), which meant more third parties could produce hotspots, played a pivotal role in galvanizing such traction.

That said, while the growing number of hotspots might seem impressive, they only represent a small fraction of the Helium miners that have been ordered. The rapid growth hasn’t been a smooth ride, as the network has been plagued with supply issues and extensive shipping delays, leaving would-be miners empty-handed for extended periods — unable to mine Helium’s native HNT token.

In short, the supply side of the network (hotspots) was a massive success, but the demand side (companies paying to use the network) was not.

The company struggled to attract companies to use the Helium network to track their IoT devices: according to Forbes, Helium generated just $92,000 in revenue from data moving across the network.

In order to turn a profit, Helium needs clients to actively use the service. In 2022, the electric scooter company Lime said they were listed on Helium’s site as an active partner, even though they were not using Helium. In an interview with Mashable, Russell Murphy, Lime’s senior director for corporate communications explained, “Beyond an initial test of its product in 2019, Lime has not had, and does not currently have, a relationship with Helium…Helium has been making this claim for years and it is a false claim.”

In a series of tweets, Helium’s CEO claimed that it was merely a misunderstanding of the nature of the partnership between the companies and has since taken down the partnerships from their website, “…some of the users on the network we know about and some we don’t, that’s the nature of having a permissionless network that anyone can use. All of the usage is visible on-chain, but not who or what. We also don’t always know when users stop using the network.”

Helium’s inability to bring in corporate revenue means that miners are also making less. According to data from Heliumboard, hotspots are currently making an average of 1 HNT per day, with highs of around 3HNT for some hotspots. In 2021, an average hotspot owner was making around 8 HNT daily. These numbers are likely to drop further as the number of hotspots increases.

Closing in on a million nodes, 2022 brought fresh challenges and new opportunities for Helium. Despite the challenges, Helium rolled out an ambitious new project, confirming a $200 million funding round and rebranding as Nova Labs.

In an interview with CoinDesk, COO Frank Mong said the name change is meant to give a greater sense of separation between the parent company and the network. After the rebrand, Nova Labs announced the launch of a mobile network powered by a new token called MOBILE and a different type of hotspot.

The shift to a new model comes as Helium attempts to expand its offerings with 5G connectivity. The major difference with the previous model is that the major clients for the network will not be IoT companies, but everyday mobile users. That should significantly increase the pool of potential network users. However, this change comes with a major technical hurdle: the gap between the reliability of hotspots and traditional cell towers.

In an interview with Fortune, Haleem stated, “We’re not trying to compete with major telecom operators. This is a cellular network that is going to exist in places where traditional networks either can’t exist or don’t exist.”

To fill the gaps in wireless coverage, Helium has partnered with T-Mobile so that customers can access T-Mobile’s network whenever Helium is unavailable.

Currently, there are just over 8,000 Helium Mobile hotspots operational, and about half of them are “indoor radios,” bringing us back to the outdoor coverage issue and highlighting the importance of the partnership with T-Mobile.

The other major change comes after the community voted to move from its own native blockchain platform to Solana, a Layer-1 blockchain network. Nova Labs chose Solana to leverage that blockchain’s best features to scale and expand the Helium ecosystem.

Scott Sigel, the chief operating officer of the Helium Foundation, commented about the move in a public statement: “We have an ambitious mission of deploying and managing wireless networks at scale, and moving to Solana allows us to do that. Solana has a proven track record powering some of the world’s most important decentralized initiatives, and they were an obvious choice for us to partner with. Moving to the Solana blockchain allows us to focus our efforts on scaling the network as opposed to managing the blockchain itself.”

Additionally, Haleem noted that the current Helium wallet private keys are compatible with Solana, which should ease the transition for current holders.

While Helium describes Solana as the perfect fit for their network, the blockchain has experienced multiple outages which could ruin users’ experience, an aspect critical to Helium’s new phase success, especially in its early stages.

Additionally, Solana was hard hit by the sudden implosion of FTX. Haleem tweeted out his support for the migration after the FTX saga, insisting that, “[the move] was absolutely right then and is still now.”

On paper, Helium seems to have built a successful platform: it’s a blockchain project with a real use case that has gained massive traction with users (the supply side).

However, the network has been struggling to pick up the pace in terms of corporate revenue (the demand side), especially in the second half of 2022. Additionally, Helium’s pivot to 5G has not yet taken off.

On top of 5G coverage, Helium is now allowing other wireless networks to build on top of it (WiFi, CDN, VPN, etc.), in pursuit of creating a “network of networks.” The plan is for all these networks to run their own tokens that can be exchanged for HNT. But a big question remains: should Helium take such a huge leap when it has not yet solved the revenue problem?

If it does gain widespread adoption, more users on the platform could translate to more revenue from data charges. Plus, more demand would continue to drive supply, in the form of more investors running hotspots. But in our view, despite its numerous technical achievements, Helium has not yet found a sustainable business model.

To get the latest crypto investing news (find out before the market does), subscribe to the Bitcoin Market Journal newsletter.