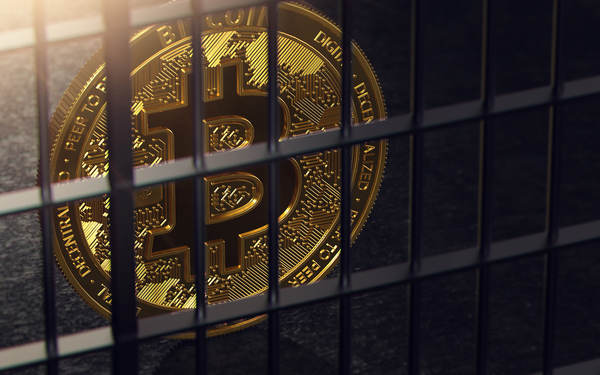 One of the most common criticisms of bitcoin and blockchain technology more generally is the idea that governments will not allow these sorts of decentralized systems to disrupt the current financial order. JPMorgan CEO Jamie Dimon is perhaps the most notorious promoter of this point of view.

But is such a ban likely or even possible? What would happen to the bitcoin price if various governments around the world attempted a united crackdown on this new, blossoming technology?

Let’s take a closer look at what a potential government ban could mean for the bitcoin price.

Is a Government Ban on Bitcoin Even Possible?

There are a number of different logistical issues associated with a government-sponsored ban on bitcoin and other related technologies.

First of all, there are hundreds of different jurisdictions around the world. Just because bitcoin is banned in one country does not mean other countries cannot take a different approach in terms of regulation. So far, we’ve seen some bitcoin-related companies simply avoid unfriendly jurisdictions rather than shut down their operations in the face of onerous regulations. New York’s Bitlicense is a fine example of this phenomenon.

A “War on Bitcoin” may also end up being about as successful as the War on Drugs. If people want to use bitcoin for whatever reason, a government ban isn’t necessarily going to have an impact on this activity, as it’s difficult to track what everyone is doing 24 hours per day. Possession of marijuana and sharing copyrighted content is outlawed in many places around the world, but people still manage to get around these restrictions with relative ease.

The third issue with a potential ban on bitcoin is related to free speech. Bitcoin is open-source software, which amounts to nothing more than a bunch of ones and zeros on a computer. If cases related to encryption technology from the 1990s are any indication, a ban on bitcoin may be difficult to implement in western democracies.

Hypothetically, What Would Happen to the Bitcoin Price?

In a hypothetical scenario where the world’s largest governments did decide to crack down on bitcoin and altcoins, the prices of these crypto assets may fall dramatically. While bitcoin would be unlikely to disappear completely, much of the speculative money that has poured into the space over the past couple of years might leave for assets that are generally viewed more favorably by lawmakers and regulators.

Having said that, a ban could also have the side effect of bringing some stability to the bitcoin market over the long term. Speculators would have a much more difficult time participating in the bitcoin market in a world where bank accounts cannot be attached to online exchanges for trading. If the trading of bitcoin was banned, its price may more closely reflect the pure utility provided by the digital asset as a medium of exchange and store of value.

Once the dust had settled in the aftermath of a government crackdown, there could be a buying opportunity as bitcoin continued to act as an apolitical medium of exchange and store of value. Of course, this assumes demand for such a money continued to grow.

After all, bitcoin is meant to be resistant to government crackdowns. Proof-of-work allows the miners in the system to be anonymous, and the ability for every user to run his or her own full node means there is no central point of failure for governments to target. In short, it’s difficult for governments to prevent people from simply using blockchain technology to come to consensus on the current state of a ledger every ten minutes.

Going forward, investors should keep a close eye on how lawmakers and regulators view bitcoin and other crypto assets. While a ban may not lead to the end of bitcoin, it might cause severe pain for holders over the short term.