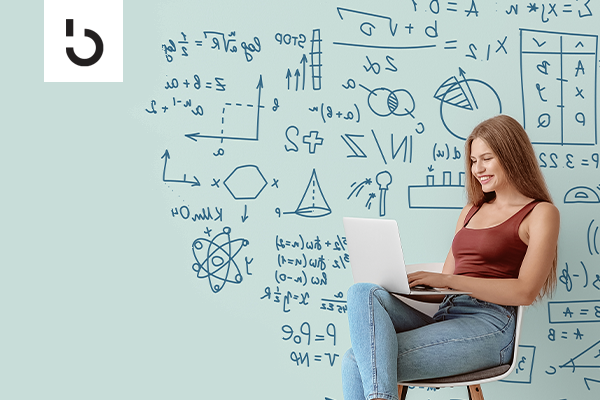 Summary: When people invest in cryptocurrency, they often think about its inherent value and potential price movement. Another important aspect is game theory, which creates the incentives in well-designed blockchain networks. In this article, you’ll learn to see the “hidden rules” of the game.

What is Game Theory?

Game theory is a branch of applied mathematics that explores human behavior in competitive or cooperative environments. It studies how people react in scenarios requiring complex decision-making: do they cooperate or compete?

Don’t let the term confuse you: game theory is more about mathematics than Monopoly. The concept was initially used in economics, but it has since evolved to other disciplines, including blockchain.

Game theory models are used to predict players’ potential behavior within a system, as well as the possible outcomes of their actions. These models can be employed by sociologists, psychologists, and politicians, among others.

Other elements are the information available at any given point, and the so-called equilibrium, which is the point in a game where all players have made their decisions, and an outcome is reached.

Although we can observe game scenarios across a wide range of human activities, cryptocurrency is one of the most interesting applications.

Since blockchain involves the interactions of nodes or block validators in a decentralized network, game theory is essential for predicting how these nodes (i.e., the people running them) will behave.

Game theory enables cryptocurrencies – like Ethereum, as it moves to Proof of Stake – to avoid disruptions and ensure the reliability of the blockchain.

In the movie A Beautiful Mind, Russell Crowe plays the mathematician John Nash, who created one of the most famous game theories, now called the “Nash equilibrium.”

As described in the movie clip above, the best outcome of a game is where there is no incentive to deviate from an initial strategy. An individual can receive no benefit from changing action during the game, assuming other players stick to their strategies. A game may have several Nash equilibriums, or none at all.

In the Nash equilibrium, each player’s strategy is the best outcome when considering the decisions of other players. “The best result will come from everyone in the group doing what’s best for himself, and the group.”

The Nash equilibrium stipulates that the optimal strategy for a player is to stick to the initial plan while knowing the opponent’s strategy, and that all actors should maintain the same strategy. If no one changes their strategy, even when they know the strategy of the other players, then the Nash equilibrium is proven.

In this imaginary scenario, two criminals (A and B) have been arrested by the police and are interrogated separately. The prosecutor interviewing the criminals tries to convince them to testify against one another in exchange for a reduced sentence.

Here are the rules of the “game”:

The best scenario individually for A (or B) is to betray and be set free. However, that would require the other person to stay quiet, and the lack of communication makes it impossible to predict what decision the other would make.

In the face of a payoff, most prisoners would likely choose to act on self-interest by betraying.

But if both criminals betray, they end up with three years in prison, which is not the best outcome.

Therefore, the optimal solution would be for both not to betray, and get only one year instead of three.

Imagine you’re one of the criminals. What would you do: stay quiet, or betray your partner?

Game theory models like the Prisoner’s Dilemma are crucial when building a decentralized economic system like a blockchain.

When designing bitcoin, Satoshi Nakamoto used a combination of cryptography and game theory to create a system that doesn’t need to be supervised by a centralized entity. In other words, the game theory ensures all the players are aligned to keep the network secure.

The use of game theory in crypto has led to the concept of cryptoeconomics, which combines cryptography – which is used to prove and authenticate past events – with financial incentives, which are used to encourage future behavior that will benefit the entire network.

Cryptoeconomics is very much about game theory, as it examines the behavior of blockchain nodes based on the incentives provided by the protocol, taking into account the most rational and probable decisions.

For example, the Ethereum blockchain is designed as a public, decentralized network of distributed nodes: servers storing the entire history of transactions. Each new block added to the chain has to be agreed upon by all nodes, even though they cannot trust each other (since anyone could spin up a malicious node).

So, how can such a decentralized system detect and avoid bad game-players?

To date, Ethereum has relied on the Proof of Work (PoW) consensus algorithm, which protects the blockchain from malicious activity by using cryptographic mechanisms (i.e., hard math problems) that make the mining process demanding and expensive.

This incentivizes mining nodes to behave honestly, since otherwise they can get banned, wasting precious energy and effort. As a result, every miner reaches the most rational decision to act honestly and contribute to the security of the blockchain.

As Ethereum shifts to Proof of Stake, validators must stake a minimum of 32 ETH (about $50,000 as of this writing) to run a node. If a validator tries to write a bad block to the new Ethereum, instead of wasting energy and electricity, they’re potentially forfeiting their staked ETH.

With both PoW and PoS, the rules of the game make it in your best interest to keep the game running well. 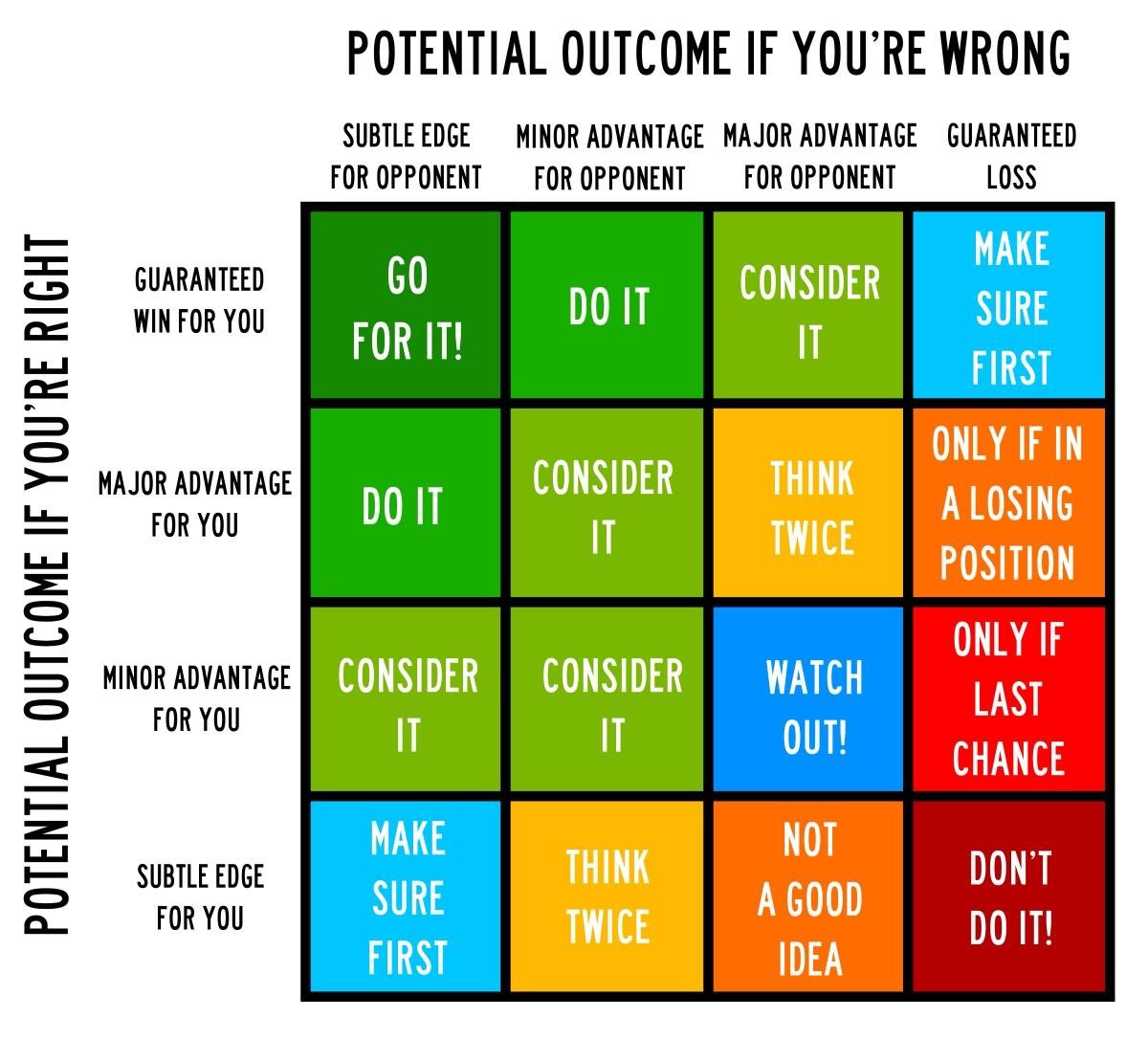 Game theory is crucial when designing a blockchain system, given that blockchains have no central authority to handle transactions. Instead, users must trust miners or block validators who co-operate continually to add new blocks, and get rewarded for their effort.

The incentives — like being rewarded ETH for running an Ethereum validator node — must align all the players. You stake Ethereum, and you earn Ethereum, which makes you more committed to securing the value of Ethereum, in a self-reinforcing loop.

In any PoS system, however, it’s possible to simply “buy up” the majority of the network in what’s called a 51% attack: you would then have the “voting power” to write whatever you want to the blockchain.

At today’s prices, that would require about $100 billion worth of Ethereum, which is possible, as the largest Ethereum wallet holds over $20 billion. But in pulling off your 51% attack, investors would lose faith in the Ethereum network, probably forking an alternate version, and your $100 billion would be worthless.

Ethereum, once again, is saved by game theory!

As John Nash realizes in the movie clip above, game theory shows the best outcome is when we act both in our own interest, and in the interest of the group.

Thanks to a combination of game theory and cryptography, the PoW consensus algorithm prevents any malicious activity from mining nodes. The same is true for PoS blockchains, like the validator nodes in the new Ethereum.

Thanks to game theory models, everyone has an incentive to stick to the rules. It’s a game where everyone wins.

To get more insights about blockchain technology explained in plain English, subscribe to our free crypto investing newsletter.