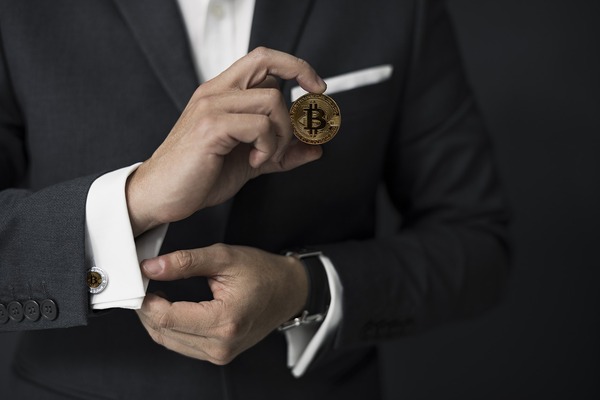 At Token Fest in San Francisco, Bitcoin Market Journal sat down for an exclusive interview with speaker Michael Casey to discuss his thoughts on how cryptocurrencies are going to affect how the global financial system will function in the future.

Michael Casey is a journalist who spent most of his career covering financial and economic affairs for leading publications such as the Wall Street Journal and Dow Jones. Since his retirement from journalism, he works at the Digital Currency Initiative at MIT Media Lab, which is dedicated to finding ways to apply the benefits of blockchain technology to a wide array of sectors.

Casey is also an author, having written co-authored the books “The Age of Cryptocurrency: How Bitcoin and Digital Money Are Challenging the Global Economic Order” and “The Truth Machine: The Blockchain and the Future of Everything.”

Distributed ledger technology and its related digital currencies have exploded to the forefront of public eye over time. Starting out as a decentralized means of exchange, the introduction of bitcoin in 2009 created a massive change in how people could store value as well as transact with each other.

While many governments were initially highly skeptical of decentralized digital currencies, the myriad and far-reaching applications of its underlying technology are forcing the world to take notice. Individuals, corporations, and governments are exploring blockchain technology in an effort to both adequately understand it as well as efficiently regulate it. Casey states:

“Every single government has got a FinTech lab or a sort of exploration process. You’ve got the SEC now talking about tokens. The very fact that they are responding is a sign of how it’s changing.”

While regulation is a process that is likely to take time to create and fine-tune, it is undeniable that these new technologies are already affecting the way the global economy works.

For instance, consider the recently announced Venezuelan crypto token named Petro. Venezuela’s economy and currency have long been unstable and the country has suffered even further at the hands of sanctions from the international community. Venezuela’s President Nicolas Maduro announced the token was a way through which they would be able to evade the sanctions and regain financial sovereignty. Casey believes this a logical evolution of the ways in which the blockchain can be applied. He observes:

“These tools are actually going to force, whether they are citizens companies or countries, to develop models that allow them to escape the restrictions of the existing world.”

While the Venezuelan token is the most publicized, there are other countries such as Russia, Iran, and Turkey that are considering creating their own sovereign currencies. Casey believes that it is just a matter of time before many countries do this as it is the expected evolution of the current state of the token economy.

Moreover, digital fiat currencies are likely to provide countries with ease of business especially with regard to cross-border trade. Casey comments:

“One of my theses is: what happens when China issues a digital fiat currency that has embedded into it a smart contract capability to lock in an exchange rate with another fiat currency token? So imagine Russia. Now you get the idea that an importer in Russia and an exporter in China are able to, right at the moment of their contract, lock in the exchange rate so it automatically atomically swaps these two currencies.”

While such a scenario is likely to be beneficial for the involved parties, it is probable that the creation and proliferation of digital fiat currencies will affect the value of the world’s fiat currencies, especially the US dollar. Moreover, banking systems are likely to be affected because many of the functions undertaken by banks can be handled innately by the ledger. Casey points out:

“Right now the reason the dollar is dominant is because it plays this trade function. Anybody in the world who enters into a contract for longer than a short period of time needs to have a common standard currency around which they are both going to agree their exchange rate is mitigated. But if you lock it in and you can atomically swap the currency itself, and the governance of this is embedded into the coin, you don’t need to trade through dollars. You don’t need all the corresponding banks sitting there in New York mediating everyone’s trade. Then you don’t need central banks to hold dollars as a reserve currency.”

It may seem plausible to stop or slow down the growth and subsequent applications of blockchain technology through regulation. However, because the technology is open-source, innovations will always be possible. With this in mind, it is important for governments to visualize ways to work with innovators in a way that benefits all that are involved instead of trying to stop what may be inevitable.

“What I think is the right way for smart governments to go is to say how is our future best served by embracing innovation, open-source collaboration, and decentralized architectures. My utopian positive vision […] is that all of the closed controlled central authority models, which will come, are going to be unable to compete with the first movers who are all over the place saying they will have a decentralized system. This is a long-term game and will take some time to play out.”

Casey on the Social Impact of the Blockchain

Due to its decentralized and immutable nature, blockchain technology provides a path through which it is possible to have trustless interactions. This is a feature that can be applied in a social context with regard to shared resources and how to control them.

Using the blockchain, it may be possible to fix our governance systems. Casey notes:

“The reality is this is the essence of the social problem for the history of mankind. How do we coordinate around a common set of goals when we don’t trust each other. The way we have resolved that is through government [….] but of course, that entails politics and all the kind of broken systems [….] that we have, which is a problem.”

With reference to bitcoin’s design, architecture that provides an incentive to participate and profit as well as simultaneously protect is clearly visible. The same is true of other cryptocurrencies. Therefore, it should be possible to create tokens that represent a common resource that users are incentivized to protect. Says Casey:

“Miraculously, although clearly by design, bitcoin miners are actually protecting the network. Nobody’s been able to crack this thing, even though they are there purely for self-interest. So now we have this concept and can think about token themselves. Tokens can embed this governance into themselves.”

These tokens can be created to represent a shared resource as well as a common value system. Using smart contracts, it is possible to create cryptocurrencies that allow users to show support for a certain idea through the hard coding of principles into the contract.

This introduces a new dimension to mediums of exchange and how we view them. Casey points out:

Lastly, the evolution of digital currencies is likely to affect how we understand money. Its definition is likely to change or broaden because it will not just be limited to fiat currencies. Moreover, it may morph from just a medium of exchange into a representation of one’s beliefs and values. Casey observes:

“Money is just the technology which happens to take many forms, so money is a meta-concept that allows for exchange. Until now, with smart contracts and tokenized value systems, we had to have this external agnostic money and we fetishized it. But if instead what we had was “here is my token which represents all of my values and interests and I can trade it for another token,” what becomes money? I think money becomes the algorithm that allows for that efficient exchange.”

It is expected that cryptocurrencies and blockchain technology will change how the world works in many different ways. However, this will take some time. The technology is still young and many applications are likely to fail before working models are uncovered. Moreover, the global collective will need to understand the technology before any long-lasting changes are achieved. Casey concludes:

“Some of these might be dismissed as part of the bubble hype and I think that’s legit because it’s not going to take off right now. We need an entirely different mindset to be able to embrace these ideas.”

While no one can predict the future of blockchain technology completely, there can be little doubt that blockchain is already disrupting the way we think about money and value. What else will it change? Only time will tell, but it is sure to be an exciting ride.

To learn more about bitcoin and the opportunities blockchain technology can bring, subscribe to Bitcoin Market Journal newsletter today!