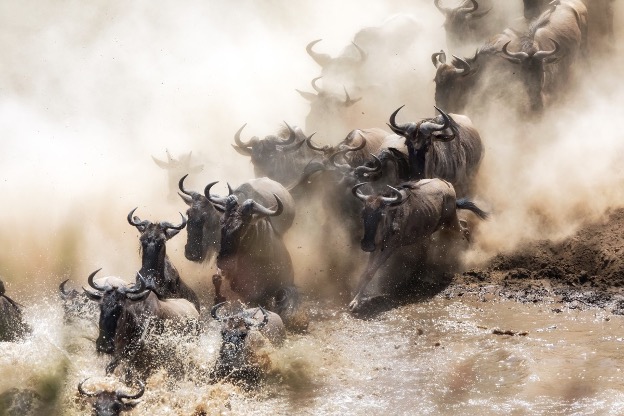 Summary: The psychology behind crowd investing – and how to be smarter than the stampede. Subscribe here and follow me to get more mental tips and tricks.

I first learned the term FUD in business school. Our marketing professor was telling us about managers who had big ideas, but let Fear, Uncertainty, and Doubt paralyze their decision-making. FUD, we learned, could be fatal.

On the eve of the Merge, we’re watching Fear, Uncertainty, Doubt turn to Fear of Missing Out. Which rhymes.

But it’s not poetry on your pocketbook, where following the crowd – both in their fear and excitement – guarantees you’ll never stand out from the crowd. 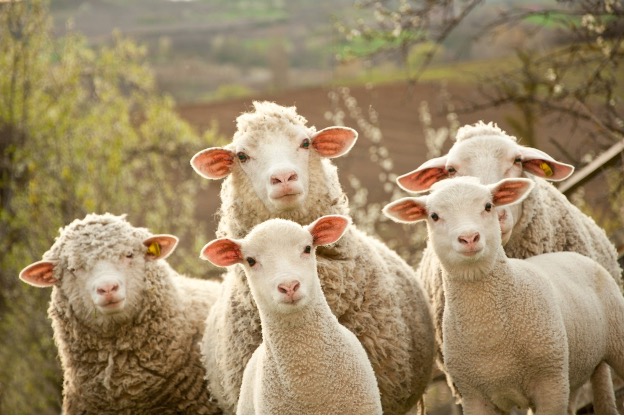 Over the past several months, we’ve been telling you about the upcoming Ethereum Merge, and how it’s going to be a once-in-a-lifetime investment opportunity.

Finally, people are getting it. The crypto winter FUD of the last several months is now breaking way to a manic, sweaty FOMO.

And when FUD turns to FOMO, watch your wallet.

First, a bit of backstory.

As Ethereum moves from Proof of Work to Proof of Stake, millions of mining rigs will become useless. If you’ve invested a fortune in high-end hardware to run the Ethereum network – warehouses full of computers – what do you do? Play Freecell?

There is talk about spinning off a new Ethereum token called ETHPOW, for “Ethereum Proof of Work,” but I think of it as “Ethereum Prisoner of War.” The idea is to keep a version of Ethereum running on the legacy infrastructure, sucking down gobs of energy

Of course, Ethereum already has a spinoff that will keep using Proof of Work: that’s Ethereum Classic, spun off back in 2016. Like bitcoin, which has forked into Bitcoin Cash, Bitcoin Gold, and so on, the temptation to fork Ethereum is powerful.

If Ethereum does fork into ETH (the new Proof of Stake) and ETHPOW (the legacy Proof of Work), investors will, for a brief time, double the holdings in their wallet.

It’s as if all the dollars in your wallet were photocopied. One version (ETH) will be the “real” version, while ETHPOW will be the “parallel” version.

If this happens, FOMO will turn to FUD, and many investors will quickly sell their ETHPOW, causing the price to plummet. Everyone knows it’s not the real Ethereum, but for a limited time it’s free money.

Today, traders are borrowing as much ETH as they can, hoping to reap maximum benefits from the new “shadow token,” if it materializes.

The Wisdom (and Madness) of Crowds

Back in the Web 2.0 era, you often heard about The Wisdom of Crowds. At a time when Amazon was perfecting its user review system, and Twitter was popularizing the word “retweet,” the thinking was the crowd was way smarter than any individual.

On the other hand, you hear plenty about The Madness of Crowds, from the 17th century Dutch Tulip Mania to the January 6 attack on the Capitol. “Mob mentality” shows the crowd is not always wise: sometimes, it’s nuts.

In crypto, these differing crowd dynamics are crystal clear.

On the one hand, you have a tribe of ideologues, enduring opposition and mockery as we march toward a more free and open financial system. That’s wise.

On the other, you have massive, manic-depressive swings between fear and greed. That’s madness.

In the heat of the moment, how do we tell the difference between the wisdom and the madness of crowds? Here are some easy rules of thumb:

Is the crowd trying to get rich quick? The problem with get-rich-quick schemes – so common in crypto – is by the time you find out about them, the scheme is probably over.

One of the attractive things about long-term investing is that it’s hard to do. It requires patience and persistence, and those qualities alone will weed out much of the crowd. (You never hear about a mob jumping on a “get rich slowly” scheme.)

Is the crowd being thoughtful and deliberate, or quick and impulsive? Amazon reviews are carefully written by individual product owners: a soccer riot, on the other hand, is anything but careful. Thoughtful crowds are generally wiser.

Finally, there’s a subjective feeling. It feels different to be in a wise crowd versus a maddened one. Ask yourself: Does the crowd makes you feel wild and crazy, or noble and boring? 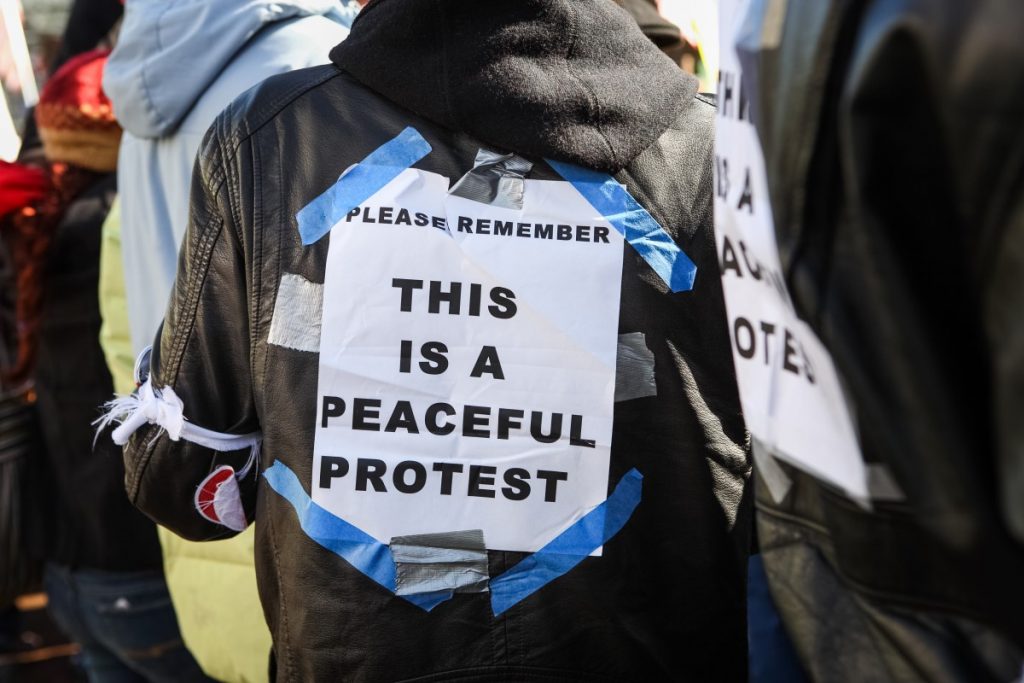 As the French psychologist Gustave Le Bon pointed out over a century ago, crowds can “swallow up” our individuality.

In his seminal work The Psychology of Crowds, Le Bon showed that individuals fall into something like hypnosis under the influence of a crowd:

So, feelings are counterintuitive: it can feel good to get swept up in the madness of crowds, smashing shop windows without fear of arrest. It’s like a real-life videogame.

But feelings in the wise crowd, like a nonviolent protest, can be kind of boring. It’s tedious to write an Amazon review; saving for the future is anything but exciting.

If you bought ETH a few months ago, when we first started talking about investing opportunities around The Merge, it was probably a non-event. If you’re buying it now, that’s probably a warning sign: you’re afraid of missing out.

Pay attention to the feeling. 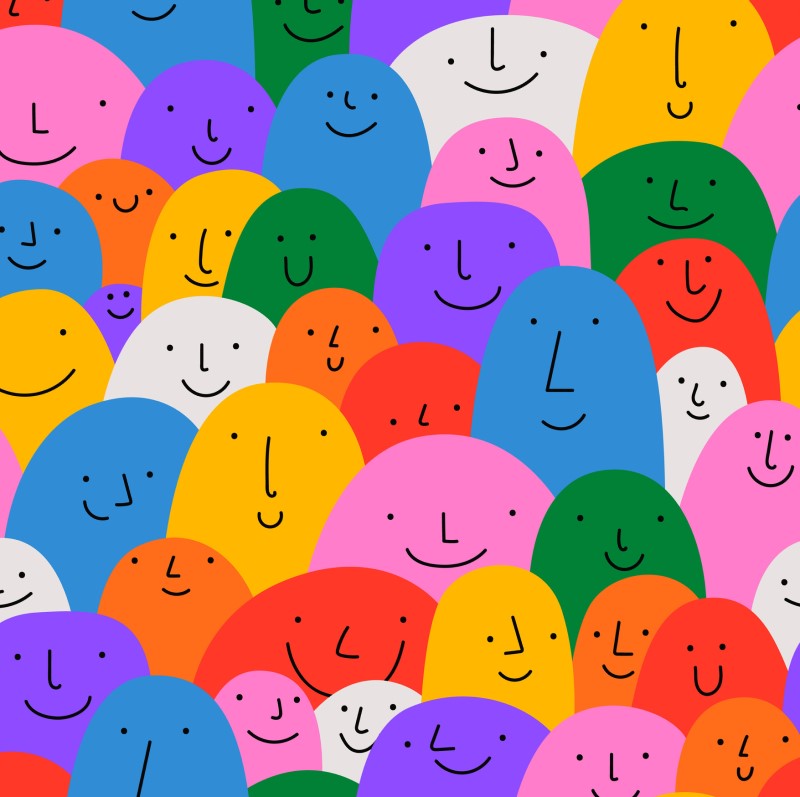 Your Example is Powerful

In the late 1960s, psychology researchers ran an experiment to see if they could help young children who were afraid of dogs. For several days, the children watched a 20-minute film where four-year-olds happily played with dogs of different sizes and breeds.

At the end of the four-day experiment, two-thirds of the formerly fearful children were willing to pet, feed, and even get into a playpen with a real dog. The behavior stuck: when they followed up a month later, the children remained more comfortable around dogs.

If you replace “afraid of dogs” with “afraid of crypto,” you can see that the vast majority of people simply need more positive exposure: they need to watch “movies” (i.e., you and me) of investors having positive interactions with crypto.

In other words: your example is powerful. Just like the children in the films, sharing your positive experiences with crypto investing removes the FUD and FOMO for other people.

We rely on each other for “social proof.” The world is too complex to figure out by ourselves, so we look for shortcuts. The biggest shortcut is what other people are doing. “If it’s working for them,” we say to ourselves, “it will probably work for me.”

When we make thoughtful, long-term investments in crypto – not impulsive investments driven by FUD and FOMO – we’re modeling good behavior for others. And that’s good for us, because the more long-term capital is locked up, the more opportunities are unlocked for everyone.

Let’s gird ourselves for the road ahead, where plenty of FUD and FOMO await, ready to jump out like highway bandits and rob us blind.

As smart investors, we need a strategy to protect ourselves from our own minds, lest we fall into “groupthink” and echo chambers of our own making.

Crypto is about to get crazy. Stay the course.

And say it with me: FUD is Dead, and No Mo FOMO.