Yesterday, Visa splashed some very flashy headlines into the crypto space with the announcement that they will be the first major payments network to utilize stablecoins to settle transactions using the Ethereum blockchain.

This morning, PayPal announced that they’ll be allowing U.S. consumers to pay online merchants directly with cryptocurrency with their new crypto checkout service.

Though I cannot stress enough how positive both of these updates are for the adoption of crypto assets and the future of the global economy being built on Web 3.0, and the resulting price action has largely been positive, it does feel like the headlines coming from these major payment providers are somewhat rehashed.

Didn’t we just hear both of these announcements last year?

Don’t get me wrong, the fact that Visa is involved in a pilot with crypto.com is mind blowing. We do need to point out that they aren’t on the cusp of routing all international payments through USDC.

However, only “a portion” of the obligations coming from crypto.com’s Visa card program will utilize this new settlement option.

Honestly, I found it very difficult to see the difference between PayPal’s latest update and the one from Nov. 12.

Similar to the way the Tesla story played out, there was a huge sensation when the company announced they had plans to do it, then another when they actually implemented it.

As far as I know, PayPal still doesn’t allow people to fund their account with bitcoin, nor do they allow people to withdraw the digital currency. They’re simply letting people spend the fake bitcoin that they hold in PayPal wallets.

It’s really cool that Visa and PayPal are trying new things and that those things overlap with our budding industry. Mati Greenspan Click to tweet

Certainly, I’ve been wrong before, but in my mind it seems doubtful that this is what’s going to blast us through bitcoin’s massive $60,000 resistance. 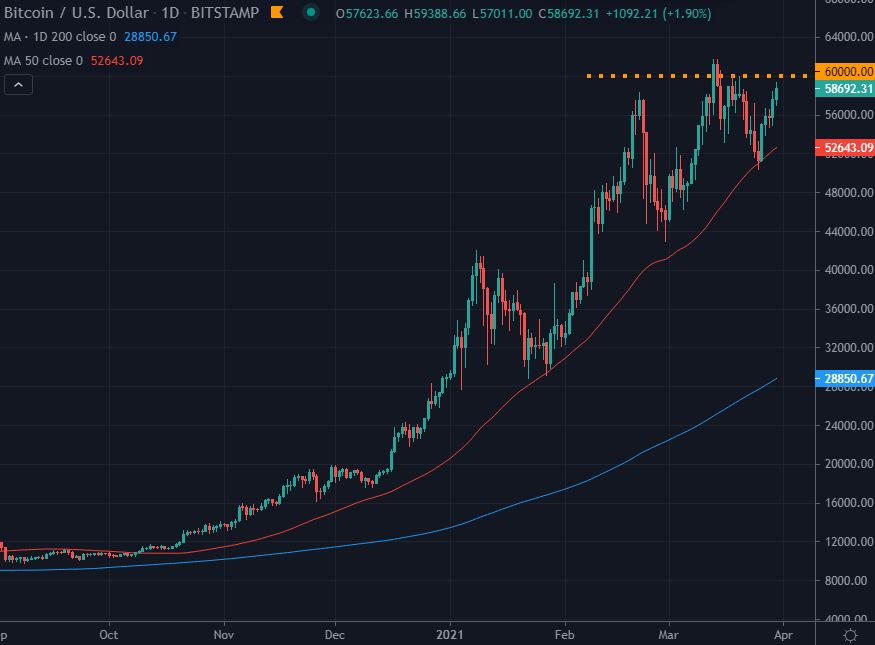 Without a doubt, both of these gargantuan companies are making massive strides that are hastening blockchain and crypto adoption.

For Visa, the new strategy makes sense, as they see themselves as a network of networks and are generally currency agnostic. Indeed, they already support 160 currencies in over 200 markets.

The fact that they’re experimenting now with stablecoins for settlements only makes sense.

As we’ve mentioned many times, unlike China’s top-down approach to a central bank digital currency, the U.S. will likely migrate to a more decentralized system for the digital dollar, where we’ll have many different USD stablecoins issued by financial institutions.

The real progress is that they chose Circle’s Ethereum-based network for the experiment. I fail to see how this is great for Bitcoin, however.

The PayPal news may actually drive mass adoption depending on how people use it. Even though they don’t allow users to hold their keys, it wouldn’t make much sense for them not to hedge their bitcoin exposure.

So we can only assume they have at least a good portion of BTC to back up client holdings.

There is also the question of taxation. This is where Ray Dalio is right, so listen up. The government will not try to shut down crypto.

They’ll attempt to combat its usage outside of their system by taxing competing areas of the market. Just about any transaction in the NFT market seems to be a taxable event, and as we know, nobody wants to pay capital gains in order to purchase concert tickets.

You don’t get too many crypto rallies while stocks are lowered by a strong dollar and rising bond yields, so today has certainly been an interesting one.

Here’s the USD sitting near a five-month high in it’s strongest rally since the pandemic V. 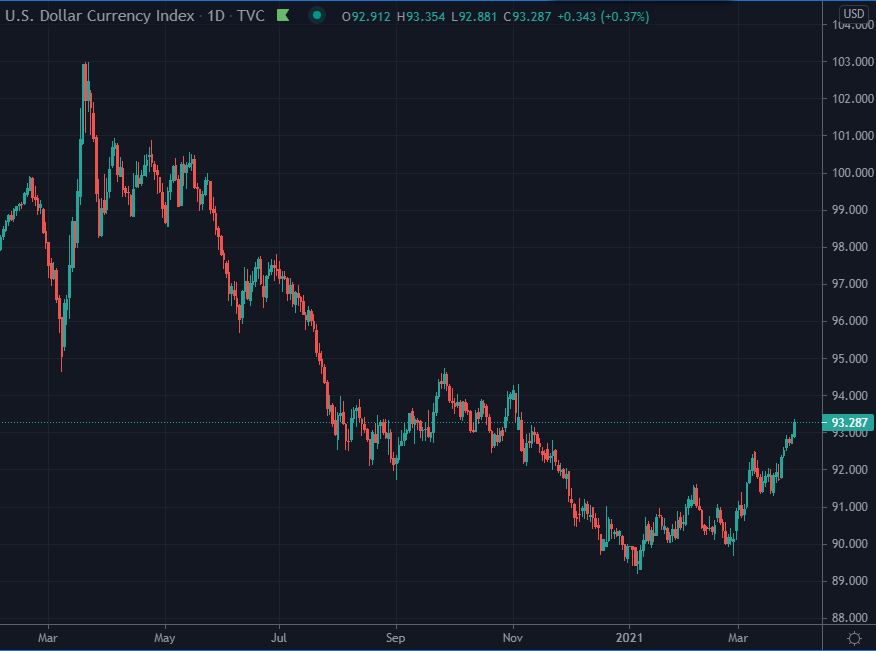 As far as the major cryptocurrencies go, there are still some technical levels that need to be crossed, but if this current activity intensifies, we could easily see the market moving much higher.

If they fail, well, more likely we see some further consolidation. We’ll see how it plays out.