“This is not a financial crisis.”

The President and many pundits keep saying that the economy is healthy and this is temporary but the medical professionals I’ve heard from are saying that this is only the beginning. Already by this time, life on this planet has already been irrevocably altered and may never be the same.

The American response has demonstrated a clear lack of understanding and foresight. The statement from US banks last night that they’re ‘well capitalized’ is hardly reassuring. Unlike previous market downturns, you can’t solve this problem by throwing money at it.

Whatever little air travel is still happening is only a shadow of the times when we’d have between 8,000 to 20,000 craft in the sky at any given moment, and even that is in danger of ending. What good does it do to label this as a “foreign virus?” And how exactly is shutting down flights from Europe helpful when the virus is already spreading rampantly within your borders? 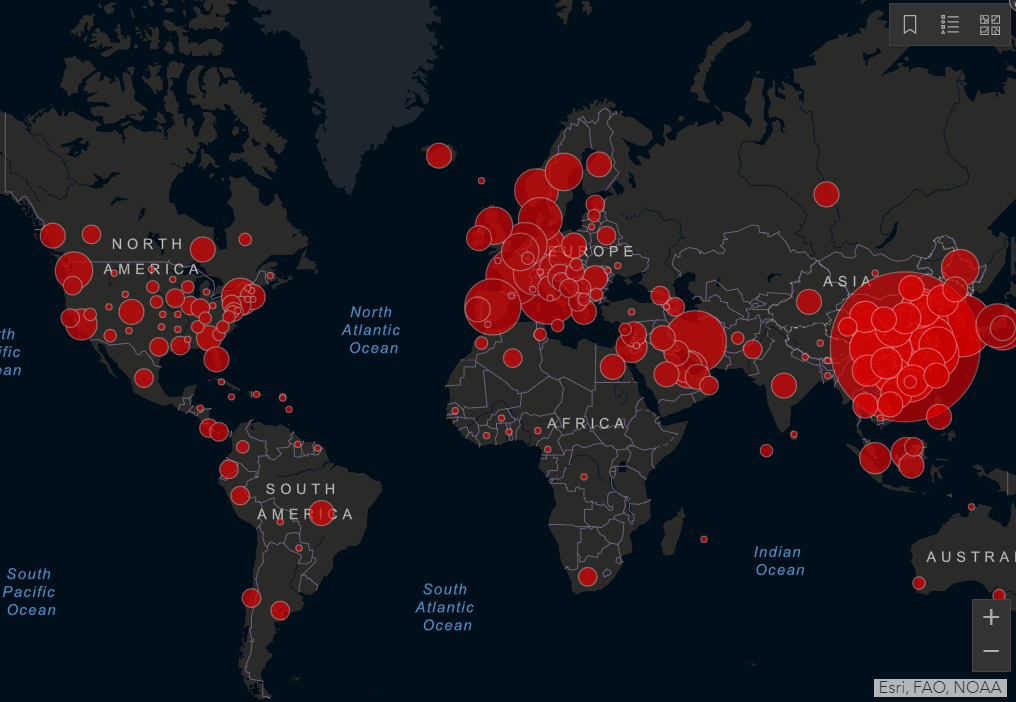 The number of corona cases does seem to be increasing rapidly at this point, yet still seems rather small when compared to other causes of death. The virus itself might not be a financial crisis, but the reaction to it is certainly wreaking havoc on the global economy. How do the markets go about pricing in the apocalypse?

Madam Christine Lagarde demonstrated today that she’s perhaps the only adult in the room at the moment.

It’s quite amazing actually, her speech just a few hours ago actually didn’t make any significant headlines. I’ve never seen that before.

Not only did she refuse to cut rates, as all the other central banks are doing, the stimulus measures she did implement were quite minimal. It seems Christine understands very well the matters that we discussed in yesterday’s update. What’s needed here is targeted fiscal stimulus. The kind that only governments can provide. The kind that will allow people who feel sick to stay at home.

Central bank stimulus is different and as we’ve been discussing, generally unhelpful in the face of a pandemic virus.

So, instead of rash action, she simply urged European leaders to step up and do their part.

Stock markets in the United States hit limit down before most American’s even woke up this morning. Then, they hit another limit shortly after the opening bell. Bitcoin on the other hand was not so lucky. The decentralized markets have no circuit breakers to jump in and save them.

Early this afternoon after Trump and before Lagarde, Bitcoin and the rest of the digital-assets fell sharply, to the tune of 20% to 30% in the span of an hour or so.

This is certainly one of bitcoin’s sharpest sell offs ever, if not the sharpest. Mati Greenspan Click to tweet 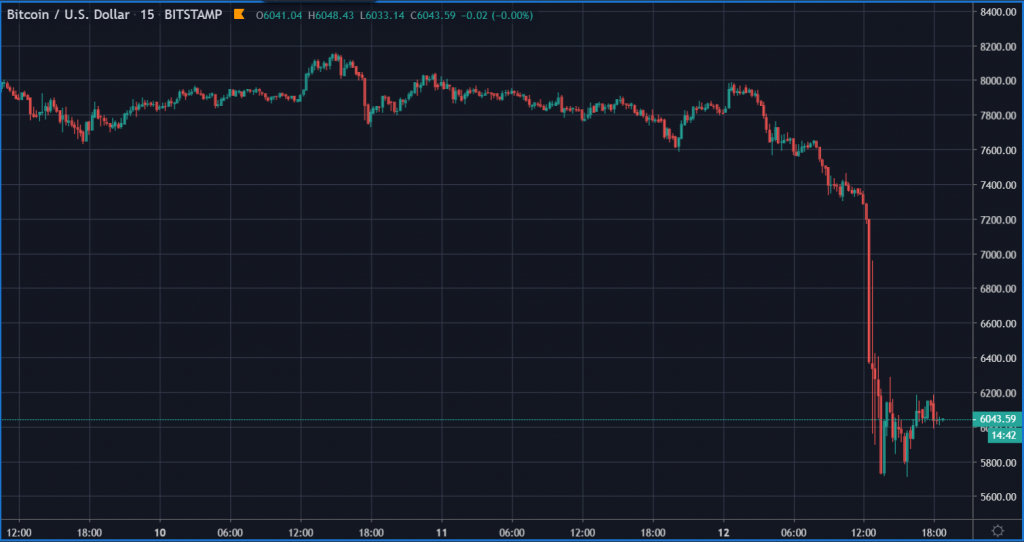 There were several rumors flying online about what caused the drop including sell-offs of ill-gotten Plustoken coins and liquidations at Bitmex, but to me it’s quite clear what happened….

As the stocks were sitting on their limit down, trading halted, and unable to fall further, investors wanted to free up capital before Lagarde’s speech. The evidence of this is that many other commodities also sold off at the exact same time.

Here we can see gold, platinum, palladium, gasoline, and sugar all plummeting around the same time, some of them even worse than BTC. 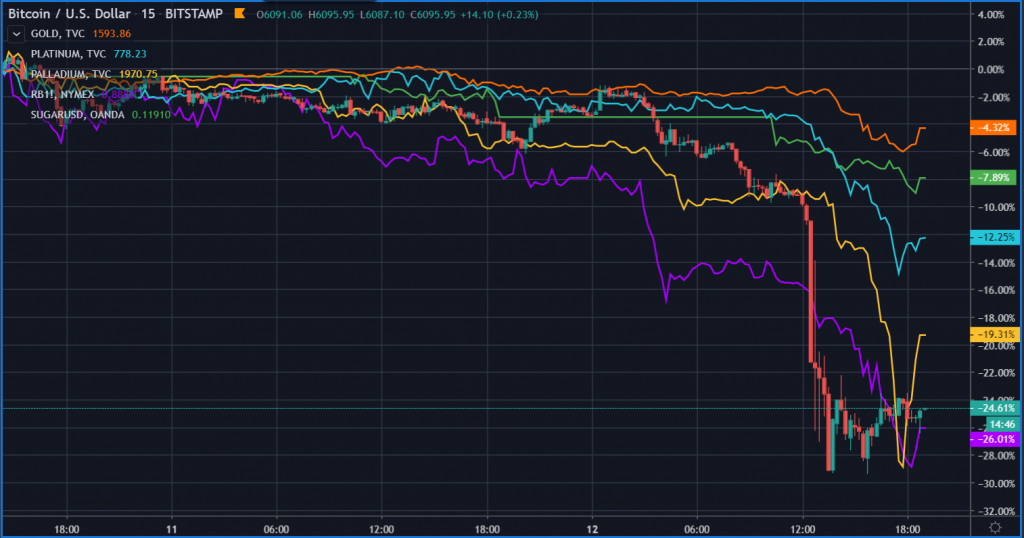 Many thanks to everyone who’s been sharing these updates. I can see our network growing thanks to your efforts. If you’re reading this update for the first time, make sure to subscribe now and never miss an episode.