Ethereum’s Inflation Rate is Now Lower Than the U.S.

(CoinMetrics): The last Ethereum upgrade allowed ETH to be burned (or removed from circulation), and the good news is that more ETH is being burned, giving it a net annual inflation of 1%. Investor takeaway: Your ETH is still subject to inflation, but now at rates lower than the U.S. dollar.

MetaMask May Be Issuing a $MASK Token

(The Defiant): Nothing’s confirmed, but ConsenSys chief Joe Lubin tweeted a teaser suggesting MetaMask might issue its own token. Investor takeaway: Consider installing and using the MetaMask browser wallet, in hopes you’ll receive an airdop of $MASK, if and when it launches.

(Bankless): This piece is worth sharing. It’s a positive, future-forward look at what crypto can do for our planet and our species. Investor takeaway: This just might be the most exciting time to be alive. 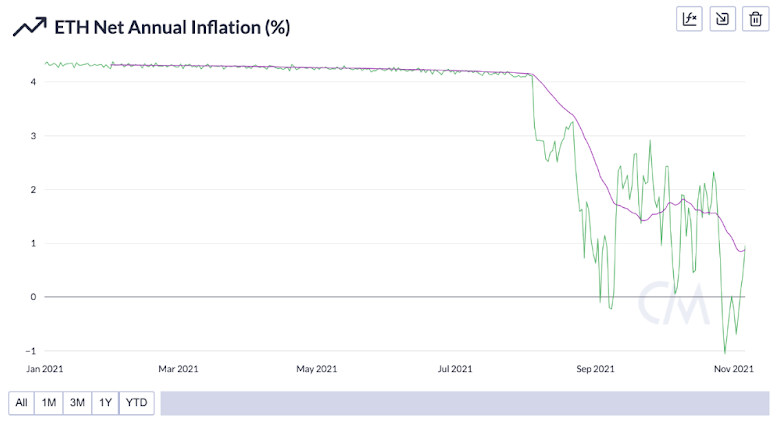 Ethereum’s net annual inflation is now 1%, well below the U.S. inflation rate of 5.4% (source). Consider moving some of your cash to ETH. (Courtesy CoinMetrics)

We once wondered what mass adoption might look like in practice. Today, we can see it clearly.

The talk around the metaverse today is all about blockchain based-web domains and the new Ethereum Name Service governance token ENS, which came online today and currently has a market cap of more than $500 million and a fully diluted valuation of $4.8 trillion, close to four times the size of bitcoin.

The airdrop was announced early this morning to everyone who used the service to park a .ETH domain in a unique effort to decentralize governance of the service itself.

Over the next week, token holders will get to vote on the proposed constitution, which will outline the rules that will be used to supervise the community.

By participating, they will be ensuring their rights as members of the community and owners of the immutable web. Here we can see the breakdown of the token distribution.

One of the most fascinating aspects of this setup is that “there are no tokens allocated for investors, since there are none.”

The entire development of the platform was funded by grants from the Ethereum Foundation. Those of you familiar with U.S. Securities and Exchange Commission (SEC) roadblocks to adoption will no doubt realize that if there are no investors, then the Howey Test is not applicable, and no government entity can stake a claim that ENS should be deemed a security.

This is a perfect example of how technology moves at the speed of light.

Despite all apparent obstacles, we find ways to build better, more robust systems.

In retrospect, we can understand that they were probably meaning to decentralize themselves from the get-go, but many incumbent web 2 giants also have plans to decentralize.

In this case, the headlines hardly do justice to the gravity of the situation. First off, the 500 million figure is not referring to new Reddit users. They mean that they’re gonna take their 500 million active users and onboard them onto the Ethereum blockchain.

The social media giant has been experimenting with a cryptocurrency called Moons for the last few months, in which people who gained karma points for posting content to the platform were awarded ERC-20 tokens for their efforts. Moons are only available for people who are on the r/Cryptocurrency sub.

It’s now clear that the pilot is taking off, and the crypto system is being rolled-out platform-wide.

Those of you who’ve spent time on Reddit know that there are all kinds of awards that people can grant each other, and the possibilities of tokenization here are mind-blowing.

But Rahul, whose Twitter profile describes him as an engineer at Reddit Crypto, was even hinting at the option to fork off communities using the blockchain, a particular sore spot for many who’ve ever witnessed their community split in two.

This is something that is often very messy but can now become more routine.

Unfortunately, Rahul’s tweet thread has been inexplicably deleted. We also haven’t heard any statements from official Reddit spokespeople, leaving us to only wonder what lies ahead.

With bitcoin and ether testing new all-time highs, the headlines keep pouring in with crypto-related news from Apple Inc. CEO Tim Cook, Mastercard Inc., and even Zimbabwe all in the same day.

We have a revelation for you as well, one that’s a bit more solemn but that has high transformative potential.

With this, we’d like to send warm wishes to crypto wizard Oz Sultan in his efforts to keep up the fight, and we stand in full support of his Sol Shaman initiative. 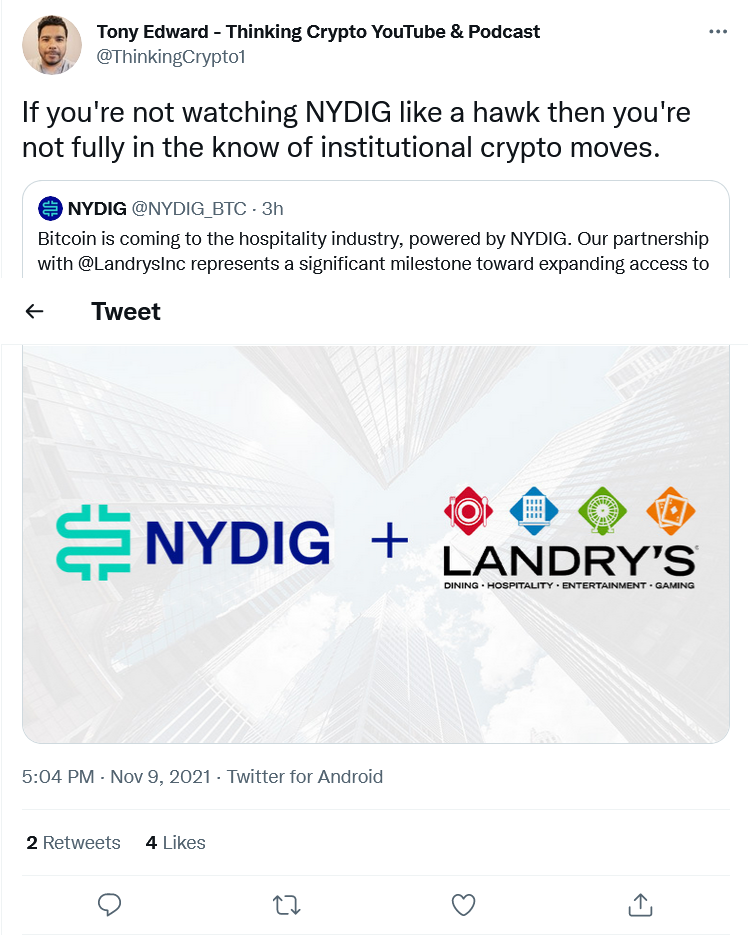 It’s good to be informed. 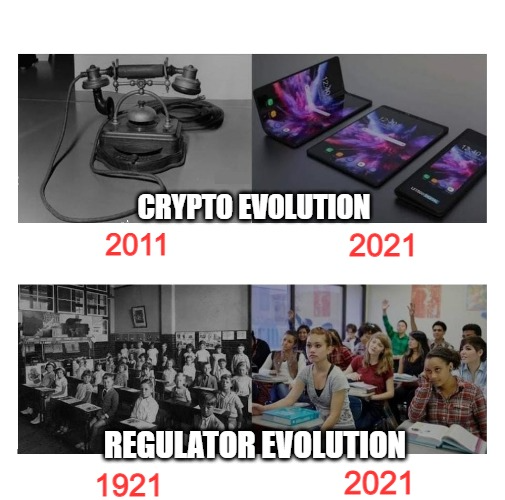