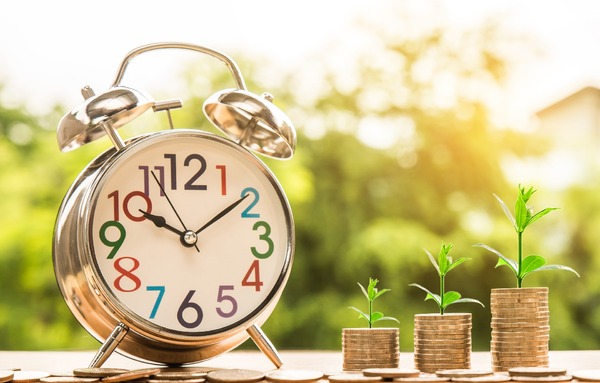 The blockchain world lies in the path of an incoming storm. With regulators picking up speed in defining regulation on altcoin products and with at least one former regulator arguing that existing major coins like Ether and Ripple may already be in violation of securities rules, the advent of new governmental policies will likely affect the portfolios of many investors.

At the same time, new businesses – large and small – are eager to brave the shifting winds because of excitement regarding the potential of the blockchain space.

With Amazon Web Services announcing the launch of AWS Blockchain Templates, which promises “a fast and easy way to create and deploy secure blockchain networks using open source frameworks,” it is becoming easier for major businesses to embrace one of the existing major blockchain frameworks, Ethereum and Hyperledger Fabric.

However, for those seeking to create the new framework, getting started can be a steeper curve, typically involving an ICO and a noticeable lack of incubation support. This has led to the majority of new blockchain ventures failing to reach production.

Enter Coinbase. On April 5, the largest cryptocurrency trading platform announced the creation of Coinbase Ventures, which would provide financing to “promising early-stage companies that have the teams and ideas that can move the space forward in a positive, meaningful way.”

“At least in the beginning, our goal is simply to help the most compelling companies in the space to flourish,” the blog post reads. “This means that we don’t have the strategic requirement of formalizing partner relationships with such companies, as some corporate venture programs do. Our focus is on building strong relationships and helping to spur on the development of the ecosystem.”

While this could be a game changer in how new blockchain companies receive early-stage venture capital funding, there are concerns about this, and most of these concerns can be condensed to a single word: Litecoin.

The Problem with Litecoin

To begin, it is important to understand a bit of background. First, Litecoin’s founder, Charlie Lee, worked for Coinbase as a coder while still materially involved in Litecoin. While Litecoin, one of the earliest bitcoin clones and a favored testing sandbox for altcoin tech, would have received market positioning from the weight of its marketing, which presented Litecoin as silver to bitcoin’s gold, it also arguably benefited from being an alumnus project.

The addition of Litecoin to the Coinbase portfolio while Lee was still an employee both significantly improved Litecoin’s market position and fueled controversy, in part because it was felt that Lee promoted his relationship with Coinbase to Litecoin’s advantage.

Second, Coinbase has a specious history when it comes to account integrity. Coinbase is known to have disabled accounts that they found to be disagreeable, such as accounts used for white hat or beneficial hacking and online gambling. Many of Coinbase’s alumni projects have significant transparency problems regarding funding as well.

Finally, despite Coinbase having a policy discouraging the sharing of sensitive information, Coinbase has been accused of insider trading practices. Coinbase is currently facing a class-action lawsuit accusing the company of sharing information about the exchange’s embracing of Bitcoin Cash before the official announcement.

Worse, Coinbase could take a page from the credit card companies and use its market position to punish retail partners and customers that use services and companies in opposition to its investee companies.

Besides Coinbase Ventures, Coinbase has also announced the launch of the Coinbase Index Fund, which will offer investors a chance to invest in all of GDAX’s listed digital assets in the same instrument, support of ERC20 and the withdrawal of Bitcoin Forks from Coinbase products, and a withdrawal of support for multisig vaults. Coinbase has also announced that it will hold off on adding new coins to GDAX until clarification is gained on the exchange’s securities status.

While it is too early to argue that investment manipulation will or will not be the path that Coinbase will take, a serious point to consider will be the level of transparency Coinbase embraces for this project.  While there will be a need to protect personal investing plans and strategies, opaqueness regarding how and why Coinbase chooses to invest will ultimately lead to increasing skepticism.

Success in this venture project, however, will make it easier for other investors to follow suit. This may present a valid road away from the uncertainty of ICOs. “By giving them access to capital, we hope that they will grow great businesses,” Asiff Hirji, president and COO of Coinbase, said to CNBC. “It’s not about investing in the token, it’s not about trying to line up tokens that we would put on our exchange.”

Want to know the unvarnished truth about what is going on in the world of new finance? We’ve got you covered. Subscribe to the Bitcoin Market Journal newsletter today!