One of the many hats I wear is serving as a board member of the Boston Blockchain Association. This is an industry group that is dedicated to creating a healthy blockchain ecosystem — first in Boston, then the world.

It’s hard to do blockchain in a vacuum. Even though it’s a technology, all the real work gets done face-to-face — which is why our group meets every week, and holds public Meetups every month. This is where we make the connections to build a vibrant blockchain community.

During a quarterly planning meeting, I realized that what we’ve been building could be drawn as a diagram:

This diagram applies at the local level (your city or region), but it also applies at the national and the global level. For blockchain to thrive, we need the strong cooperation of four partners:

The first need is simply explaining what blockchain is. Those of us who are passionate about this technology need to explain to the world what it can do, from your boss to your co-workers to your parents (feel free to use our report, What is Blockchain?).

The second need is to better educate our students. Most colleges don’t even have a blockchain curriculum yet, much less professors who understand the technology. We need a “roadmap” that teachers can follow, then we need people to “teach the teachers.”

One worthy organization is Blockchain Education Network, which has set up 60 local college chapters around the world. At one of our blockchain events, Erick Pinos and Mel Vera from BEN explained how they empower college students to start their own blockchain clubs by providing them with ready-made training programs, from “Blockchain 101” courses to “Build Your Own Bitcoin Mining Rig” activities.

While a friendly regulatory environment helps (meaning government officials who understand and support the technology), a local government can do a lot to support blockchain, as the state of Wyoming has shown. It hasn’t waited for the national government to get its act together; it has acted now, by creating blockchain-friendly legislation to attract more industry resources and talent.

Because blockchain literally represents the future of money, an investment in the technology now is likely to pay handsome dividends in the future. Take the region of Zug, Switzerland, which made an early investment in blockchain (it was one of the first municipalities to accept payments in bitcoin): it’s now the fastest-growing tech hub in Europe.

Governments around the world would do well to remember: A bitcoin invested is a bitcoin earned.

In his excellent article How New York Become a Tech Town, journalist Steve Lohr tells how New York was playing catch-up to Silicon Valley during the early 2000s. A turning point came when the city (pre-fueled with government and educational support) lured Google to set up a New York office.

But you don’t have to be New York. As I’ve traveled around the world giving talks about this strategy, I always ask the audience, “What strengths does your city have?” There’s always an existing industry that can benefit from blockchain, and it’s the support of those companies that innovators must build.

Finally, a strong blockchain ecosystem needs a strong flow of capital (read: money). This is what enables new companies to try new things. Early investors help fuel the startups and entrepreneurs that help fuel the ecosystem.

This is what we saw during the ICO boom of 2017, as investors poured capital into the blockchain ecosystem, with the hope of getting a rich payout on the value of their “tokens” (which were essentially like shares of a blockchain project). That explosion of capital fueled an explosion of innovation.

Expectations were ahead of reality, and when the innovation failed to materialize as quickly as investors hoped, the market crashed. But smart investors (like you) continued to patiently watch the market, digging through opportunities until they struck gold.

Today, we see more sophisticated investors — angel investors, family offices, even some hedge funds — making bigger investments in blockchain, from seed funding to buying cryptocurrencies. These are paving the way for the big money: institutional investors.

Which Comes First: Chicken or Egg? 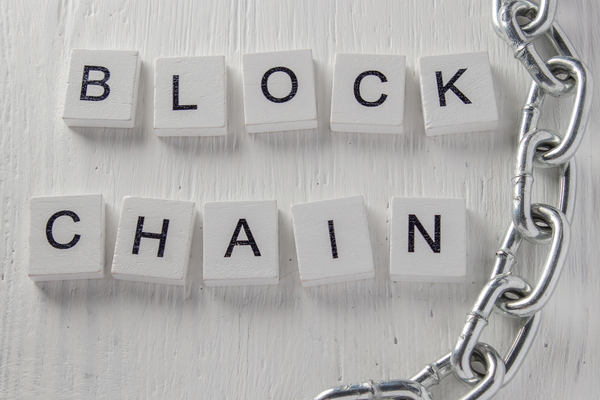 If you’re overwhelmed by this model, remember that it happens in baby steps. In Boston, we’ve been plugging away a little bit at a time on each of these four areas:

Download the How to Build a Blockchain Ecosystem PDF.