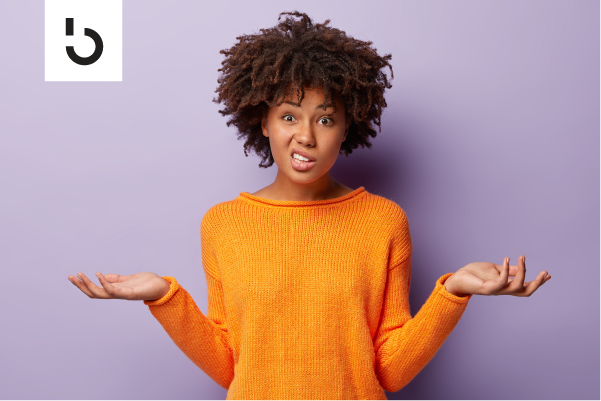 Summary: Blockchains are businesses. As investors, this mental shift allows us to analyze them like businesses, asking fundamental questions like How do these things make money? Are they profitable? How fast are they growing? Here’s how to answer these questions.

Blockchain has been heralded as one of the most transformative technologies of the 21st century. Its proponents cite security, privacy, and transparency as the reasons that blockchain will overtake legacy technologies.

These are all noble reasons, but at the end of the day companies and investors in blockchain technology want to know one thing: how does a blockchain project become profitable?

Thinking of blockchains like businesses lets us understand how they earn revenue and profits, where they’re growing, and whether their business models are sustainable.

And because these “businesses” are based on blockchain, the numbers are transparent for everyone to see. Here’s how.

Blockchain technology is a radical new business model that provides a new way of storing and managing data. The technology has great potential to disrupt any industry where database management is important, especially where money is involved.

While that’s been enough to attract investors up to now, long-term these blockchain projects must also deliver profits. For it is the prospect of income that draws investors to projects, whether in the traditional stock and bond markets, or in the new “block market.”

Take digital payments, for instance. Visa and Mastercard have thriving business models because they provide a valuable service: a “settlement layer” that connects billions of merchants and customers. But these firms have centralized control over the data and payment records. And they make billions of dollars in annual profits from the fees they collect for using their networks.

Compare this with cryptocurrency networks like Ethereum, a faster and often cheaper alternative to this settlement layer with a crucial promise to the users: a neutral, decentralized platform where the parties in a transaction have equal access to the data. But how much money is Ethereum making?

Some of the best analysis of blockchain revenue comes from Token Terminal, where you can see leaderboards that summarize a few key data points, summarized in the table above.

Fees: These are fees paid by users to use the protocol or network (gas fees on Ethereum, transaction fees on Uniswap, etc.). This is the standard way that blockchain projects make money. (Think of fees like revenue.)

These fees are typically paid out in two ways (think of these like expenses):

Token incentives: Finally, we have new tokens that are created and paid to validators or miners, which is another type of expense, as it reduces the value of everyone else’s holdings.

To read the chart above, then, we might say “Over the last 30 days, Ethereum earned $93.3 million in transaction fees. It burned $73.6 million in ETH tokens, while creating $63.2 million in new ETH, creating net earnings of $10.4 million.”

Granted, these are not traditional earnings metrics, but they do reflect an understanding of how blockchains create value.

Think of the “product” in any blockchain as the individual blocks that hold the transaction data. A company makes widgets; a blockchain makes blocks.

If you want to complete a transaction on a blockchain network, you need to buy space on the next block in the chain. The product of a blockchain is a block.

The simplest example is bitcoin. Bitcoin has a 1MB storage capacity per block. You get an average of 500 to a maximum of 2000 transactions in each block of bitcoin, assuming a minimum data storage size of 258 bytes. To make a transaction in bitcoin, you’re buying a block on the bitcoin blockchain.

The Ethereum blockchain comes with additional features like smart contract programs. It has smaller blocks of up to 80KB storage capacity. Depending on the size and complexity of the transactions, an Ethereum block can hold anywhere from 2 to 200 transactions.

But Ethereum is significantly faster than bitcoin, accounting for 4MB of transactions in 10 minutes, while the latter can only do 1MB. More transactions per hour mean that the blockchain can generate more revenues (i.e., fees).

If the chain can generate more revenues than it has expenses (i.e., payouts to the people who run the network), the result will be profitability.

In both mining and staking, those who are providing the security (i.e., running the network) receive rewards in the form of the project’s native token. The more tokens that are issued, the more it dilutes the value of the token for everyone else.

At present, the income received by most blockchains through gas or transaction fees is not adequate to cover the expenses paid to miners or stakers to make it worth their time and energy bills.

Projects that are built on top of existing blockchains face another issue. Most DeFi projects, such as Uniswap, Aave, and Compound, attract users through incentives. These incentives come in the form of token emissions, or minting new tokens, to reward the users running their network.

As an investor, then, we must ask the following questions:

How to Create Blockchain Profitability

To increase business profitability, you have two options: increase revenues, and/or reduce costs. In blockchain businesses, this means:

Proof of Work (mining) is too expensive, energy-intensive, and ecologically unsustainable. Instead, many newer blockchains use Proof of Stake: instead of power-hungry computers brute-forcing math problems, investors can put up their crypto assets as “stakes” to validate transactions.

Because staking is easier and cheaper than mining, the rewards paid out to stakers can be smaller. As a result, this translates into reduced costs for blockchain businesses.

The plight of the Ethereum blockchain in recent years highlights the importance of scaling for blockchain networks. Despite the high demand for transactions, the network is currently unable to capitalize on it, due to the inherent limitations in scalability.

Since low transaction fees are a unique selling proposition for blockchain networks, higher fees are not a solution. We’ve already seen this to be true for Ethereum, where gas fees that at times topped $100 per transaction did little to improve the profitability of the blockchain.

The Ethereum network is in the process of a multi-year upgrade, which will increase the capacity from 30 to 100,000 transactions per second. This is expected to dramatically lower transaction fees, but the resulting increased number of transactions will more than offset this in terms of increased revenue.

Blockchain projects can all be considered tech startups, which famously use incentives to grow their business, even if that means they need to operate at a loss.

As a comparison from the Web2 space, look at Amazon. It operated at a loss for six years after going public, before finally delivering a modestly profitable year. Amazon’s incentive was its low prices and massive inventory, both of which came at a high cost in the early years.

Blockchain projects are in this startup growth phase now, but in the coming few years the incentives being paid in the form of crypto tokens will need to come to an end to ensure the future profitability of the project.

Every token minted reduces the value of every other investor’s holdings, like a pie that’s continually growing larger, while your slice stays the same. Conversely, every token that’s burned makes the pie smaller, increasing the value for all investors.

Blockchain is a disruptive technology with revolutionary potential. But we can’t overlook profitability, which is essential to encourage its continued adoption across the economy.

As investors, we look for those projects that are profitable, and likely to grow their revenue over the long term. Over the last six months, the most profitable projects have been:

Premium members can get access to our full library of research reports on profitable projects.

And don’t forget to subscribe to our free daily newsletter to learn about the latest profitable projects (find out before the market does).