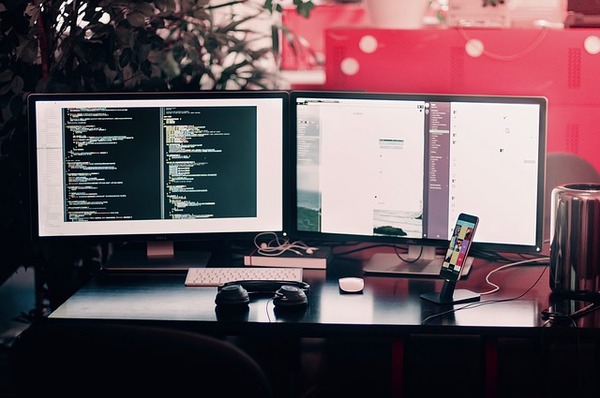 Developer activity is a valuable metric to look at when analyzing the potential future success of an open-source blockchain project as it suggests that a project is being actively worked on.

Here is an introduction to the top seven blockchain projects by developer activity, according to data from State of the DApps.

Source: State of the Dapps

As the name suggests, this metric refers to the amount of activity surrounding a blockchain project or application. In the mainstream technology sector, this information may be hard to come by because of the proprietary nature of the technology; however, because the blockchain sector is largely open-source and decentralized, it is easy to view developer activity on the code repository Github.

By looking through the activity for a project on Github, it is possible to piece together a picture of the state of the project. The greater the number of commits, pushes, issues, and pull requests for a project, the greater the likelihood of a successful project because it points to an active and dedicated developer community who are working on making the project a success. That is the reasoning behind looking at this metric.

If a project has very little developer activity, then it is likely that the developers have abandoned the project due to either disinterest or lack of community engagement. Both of these scenarios do not point to a good future for a project and the value of its native digital asset.

Alternatively, some may argue that that lack of developer activity may mean that the project does not need any more alterations and is at a perfect state. However, this is unlikely to be true given the ever-growing nature of the technology sector. Any network or application must continue updating its software to better meet its users’ needs as well as to optimize security.

The Cosmos Network is dedicated to creating the infrastructure that will support a decentralized network of blockchains. The network will allow blockchains to operate in an independent and scalable manner while simultaneously supporting interoperability. Interoperability between blockchains will minimize many of the challenges currently faced by the sector and will play a major role in realizing the much-referenced potential of the technology and the token economy.

The Ethereum-based Dapp Cosmos leads the pack in terms of developer activity. With 6,001 active events on Github, the platform has actually seen a small two percent decline in developer activity over the past month. Despite the slower momentum, the Cosmos developer team seems to be working hard to bring the ‘Internet of Blockchains’ to life.

Status is a mobile platform designed to interact and interface with the Ethereum blockchain. Through the Dapp, users are able to access a number of blockchain-backed functions such as messaging, transacting, and exploring the vast world of Ethereum Dapps. The team hopes to introduce blockchain technology and its merits to the public through a medium they already know and understand, the mobile phone. Additionally, for seasoned blockchain users, the Dapp provides ease of use in terms of interacting with the Ethereum blockchain.

Status logged 5,643 events in its Github repository in the last month, bringing it to number two. The developer team is currently working on expanding the availability of the Dapp by releasing Android, iOS, and desktop versions of the platform.

High Fidelity is a blockchain-backed virtual reality platform. The Dapp is based on EOS, one of Ethereum’s main competitors in the decentralized application space. The platform can be used for a number of social and entertainment purposes such as gaming, television, or movie production. Users are also able to access building tools on the platform to create things they would like to sell in the inbuilt marketplace.

The virtual reality Dapp is third on the list with 3,923 events logged on its Github repository signaling a dedicated team behind it.

Aelf is a Dapp that is working on creating a decentralized network of cloud-based computing blockchains. Built on the Ethereum platform, this platform hopes to introduce cohesiveness into the blockchain sector by developing a customizable operating system for blockchains. Through its OS, the application aims to allow organizations to create and launch their own blockchain based systems, backed by the cloud.

Aelf has seen an explosion in developer activity in the past month. The Dapp has 3,407 active events currently which is a 234 percent increase from last month.

Storj is a decentralized cloud storage network solution. The Dapp leverages the Ethereum blockchain to provide users with cheap, secure, and private cloud storage. Besides utilizing blockchain technology, the platform also uses client-side encryption to ensure only the users have access to their files. The platform is currently in Alpha stage and is open only to public node operators. However, it does plan to launch fully in the fall of 2019.

The Storj team has been busy in the last month, with 2,971 active events in the project’s GitHub repository. While this is an 8 percent drop from the previous month’s developer activity, the platform has also witnessed an increase in users, pointing to a successful alpha launch.

Augur is a decentralized oracle and market prediction protocol. Using the Dapp, users are able to place bets on a wide array of topics and scenarios. Contrary to centralized prediction markets, users are able to create markets on anything they so desire as there are no rules or regulations. Additionally, payouts are immediate and fees go directly to the market creators and users.

Augur is based on the Ethereum blockchain and is a popular tool in the blockchain sector. The Dapp has 2,888 active events which represent a 31 percent increase in developer activity.

The Dapp comes in seventh with 2,649 active events on Github. This is a 116 percent increase from last month.

If you want to learn more about investment opportunities in the blockchain market, subscribe to the Bitcoin Market Journal newsletter today.