The crypto community is experiencing a lull lately. It can be seen clear as day in the data provided by cryptocurrency analytics firm LunarCRUSH. 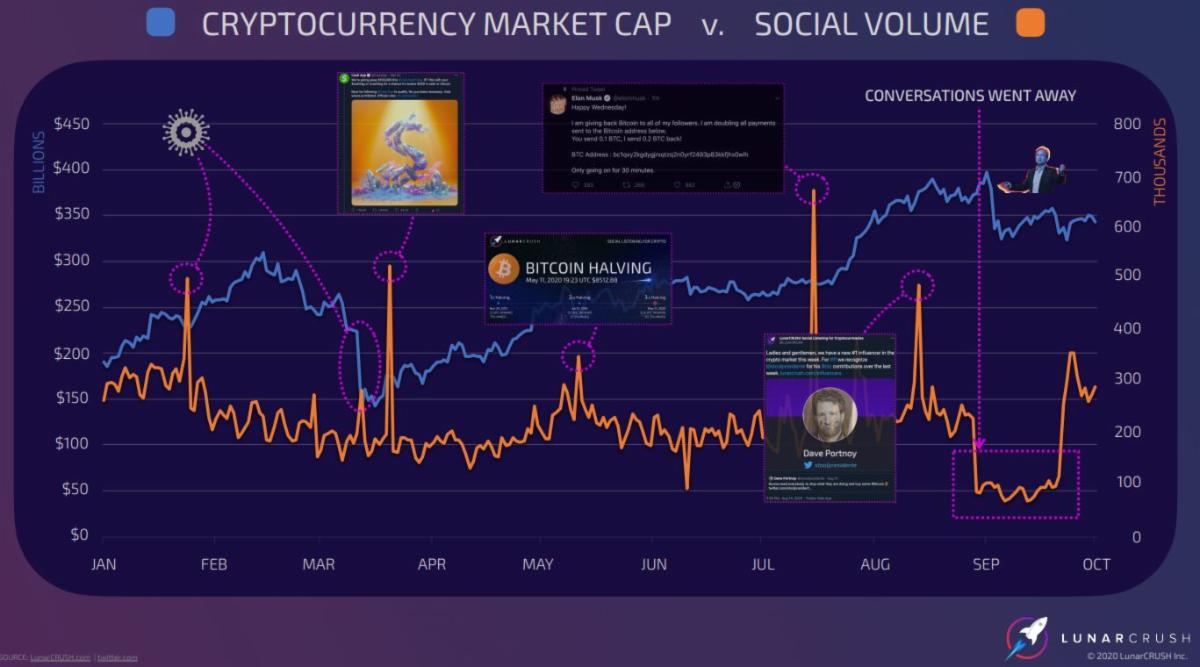 (Hope you’re able to read the above graph alright.)

On our monthly advisory call last night, LunarCRUSH CEO Joe Vezzani and I reminisced about all those spikes above, but that reverse Bart Simpson chart pattern at the beginning of September is simply unexplainable. Why the dip?

Well, not to worry. It seems like it’s come back with a vengeance now. Lulls happen all the time. Life presents us with obstacles, and as humans, we can sometimes get sidetracked, or lose focus. …

Anyways, the best explanation, as it often is, would probably be the price. In contrast to just about every other asset on the planet, volatility in bitcoin has been dropping steadily for the last two years.

Sure, much of bitcoin’s usual je ne sais quoi has been stolen by DeFi. LunarCRUSH’s report specifically marks June 15 as the turning point for Decentralized Finance, citing this tweet as what some may describe as the dawn of a new age for freedom of money. 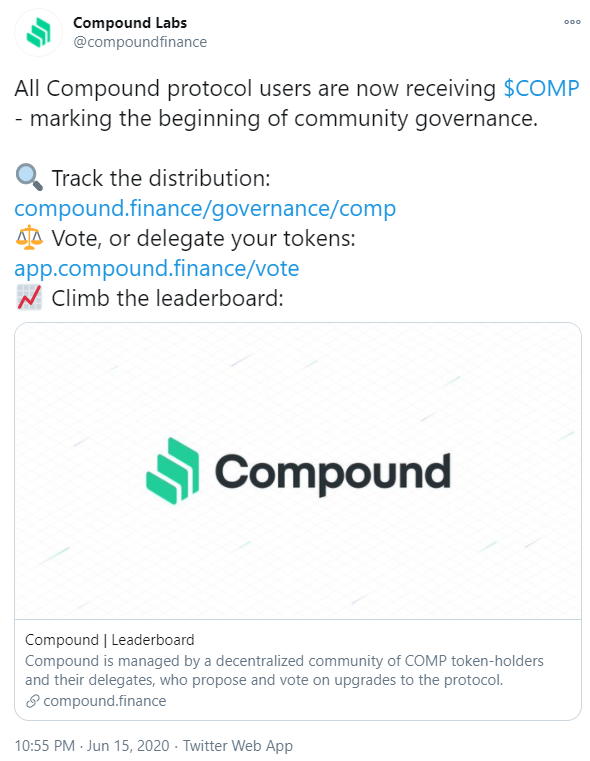 Google Trends seems to confirm there was a steady upward trend in U.S. searches for the term DeFi from July through August, but then this search interest fell sharply in September. Like, seriously September, what gives??

As far as the network is concerned, Bitcoin has never been more popular. Just yesterday, its hash rate hit a fresh, all-time high. Mati Greenspan Click to tweet

Actual usage of the Bitcoin blockchain is also higher now than ever before. In this graph, we can see that the average number of transactions per day has largely remained above 300,000 since the start of the year.

From all the above data, it’s fairly clear that the lull in question is isolated solely to social media engagement, which inexplicably fell off a cliff for about a month and then bounced back just as quickly while the industry itself pounds forward, growing by the day.

Just yesterday the World Economic Forum released an unprecedented new map of blockchain standards in an effort to lay the groundwork for global adoption and regulation of digital assets.

The work they’ve done here is simply astonishing and shows clear intention from global leaders to move forward with institutional blockchains, not that we really needed additional confirmation of this desire.

In a research paper, Raphael Auer, an economist for the Bank for International Settlements, points out that digital assets, and more specifically Central Bank Digital Currencies, are increasingly on the minds and lips of policy makers.

I always love reading Auer’s reports, and it’s amazing to think that some of the most cutting-edge research on blockchain technology is actually being produced by the single largest institution who stands to lose the most should some of these solutions be implemented.