True or false? You have to wait 10 minutes for a bitcoin transaction.

The answer? False, thanks to the Lightning Network. To make or receive a payment with bitcoin in seconds, you have to set up a Lightning payment channel.

It’s not hard to get started, but first, here are a few basic details about the Lightning Network.

Why Was the Lightning Network Invented?

The Lightning Network was designed to solve the scalability problem for Bitcoin.

Click to tweet
Bitcoin transactions on the Bitcoin network have never been fast. The Bitcoin blockchain can also only handle around seven transactions per second. On the other hand, networks used by credit card companies can handle thousands of transactions a second.

In order for Bitcoin to approach the universal usefulness of credit cards, the time it takes to complete payments would have to be closer to that of a credit card. Enter the Lightning Network.

Here’s how to set up and use one:

You and someone with whom you want to do business need to set up a wallet capable of supporting a Lightning Network as your bitcoin payment channel. There are several options out there, including Breez, Peach Wallet, and Wallet of Satoshi.

Think of a Lightning Network, or multi-signature, wallet as one that you and the other party share. You both “sign off” on the wallet because you each have to enter your private keys to use it as a bitcoin payment channel. When you’re both done using it, the balance you have is sent back to the blockchain for verification, as is the value of the other party’s bitcoin.

It’s important to note that inside the Lightning Network wallet, transactions are not verified by the blockchain. Many multi-signature wallets are still in their early development stages, so it would be wise to be careful with how much bitcoin you choose to tie up in the wallet.

After you and the other party deposit bitcoin into the wallet using your private keys, it’s time to start performing transactions. Here’s how it works:

1. The two of you agree on a good or service for which one will pay the other using bitcoin. For example, let’s say you each deposited four bitcoin into the wallet, and you want to buy a used car from Sarah for one bitcoin.

2. You transfer the ownership right of one bitcoin over to Sarah. To complete this step, you and Sarah agree to it by using your private keys to verify the transaction on an updated balance sheet. Because you each started with four bitcoin, the balance sheet will now say that you have three bitcoin and Sarah has five. Each transaction has a time limit, known as a timelock. If the timelock expires, the bitcoin that was transferred is refundable.

3. Repeat—as much as you want. You and the other party can perform as many transactions as you’d like, and they only take a few seconds each.

Step 3: Close the Channel And Collect Your Funds

When you and the other party are done making transactions, you both agree to close the channel. In our example, if the car purchase was the only transaction, you would be sending three bitcoin back to your personal wallet, and Sarah would be putting five back in hers—minus any fees. Like the initial deposit into the multi-signature Lightning Network wallet, the movement of the bitcoin back into each respective personal wallet is verified on the blockchain. 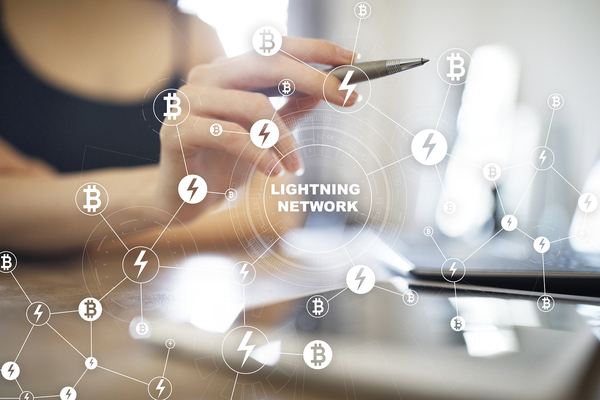 With Lightning Network wallet apps, the connections can be made for you, so all you have to do is scan a QR code, pay or get paid, and continue on with your day. After you install an app like Breez, Peach Wallet, or Wallet of Satoshi, you simply top up your balance, and the app guides you through the rest. The app then connects you and other users so you can exchange bitcoin for goods and services.

Subscribe to Bitcoin Market Journal for the latest on payment channels, the Lightning Network, and everything else in the digital asset universe.