Volatility is down today, stocks are up, and bitcoin is flat. I know, I know, I’m supposed to build up to that and keep the suspense, but if that’s really the reason you’re reading, you could always just check the price feeds.

Today’s source of entertainment comes from Germany, where…

Before you get too excited, as I did this morning, note that this will probably end up being a nonevent, just some overhyped Euro drama.

First, they’re not talking about the current Coronavirus stimulus, they’re actually referring to an old QE program from 2015. Second, it’s largely expected that the ECB will easily be able to meet the rulings requirement of ‘explaining that their actions were justified and not excessive’ and avoid the rulings punishment of ‘the Bundesbank pulling out of the program.’

So all in all, it amounts to much drama and little practical impact on the world as we know it. Shame, it’d be nice to finally see someone with authority making a real stand against the frivolous printing polices of the world’s central banks over the last decade.

One spot of the economy that seems completely undisrupted by COVID19 is big tech. According to their recent earnings reports, the FAANGM stocks have seen fantastic revenue growth. 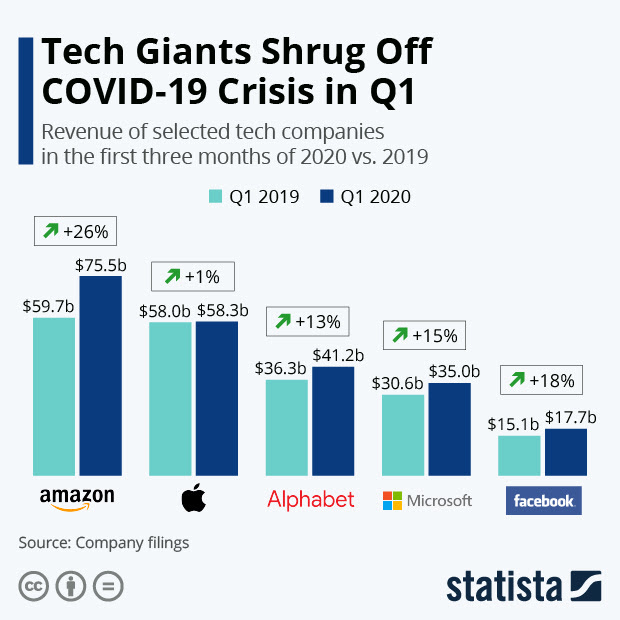 Not pictured above is Netflix, who also had a fantastic quarter. The only outlier here is Apple, who just barely managed to grow. No doubt it’s difficult to sell phones to people who already have them, especially in the current environment. Still $58.3 billion in revenue is nothing to shake a stick at.

Now, I know that the stock market hasn’t been reflective of the economy lately, but I suppose that it does stand to reason that if revenues are rising, stocks should too. In fact, the Nasdaq Composite Index, which is made up of mostly tech stocks, is now just 1% away from being in profit for the year. 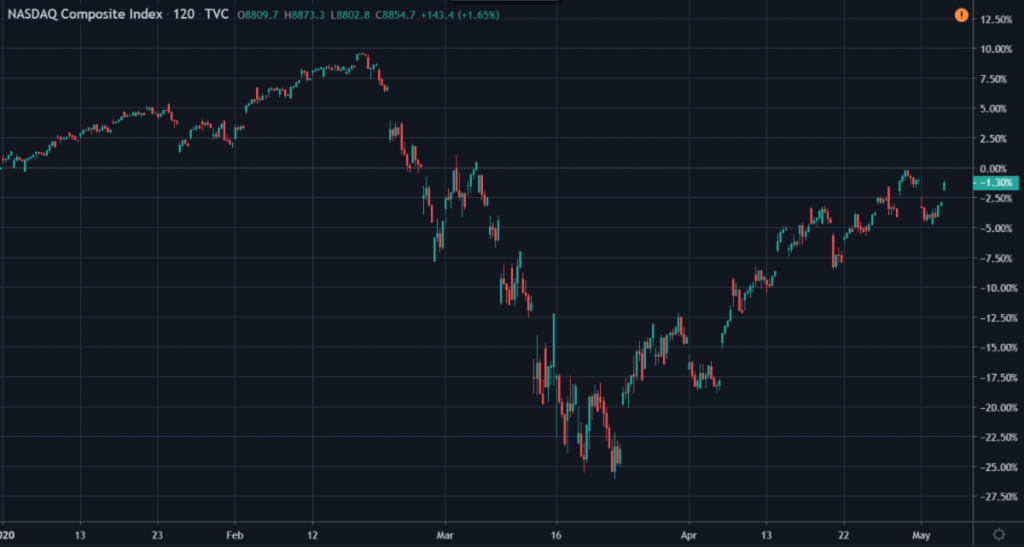 Bitcoin has been fairly flat so far this month, and has been holding on to gains of 24% since the beginning of the year. Mati Greenspan Click to tweet

Volumes remain elevated, as if something is happening under the surface. During the pump last Wednesday, we saw a sudden spike in volumes across the board, which is to be expected.

It’s quite common for volumes to rise along with volatility. However, usually the volumes tend to die down once the action is over. There are many different ways to gauge volume in this decentralized market, so let’s take a look at a few of them.

Perhaps it will be easiest to spot what I’m talking about by looking at the institutional money first. Here we can see Bakkt’s bitcoin futures volumes were as high as $30.5 million on Thursday. They’ve come down now, but are still double what they were a week ago. 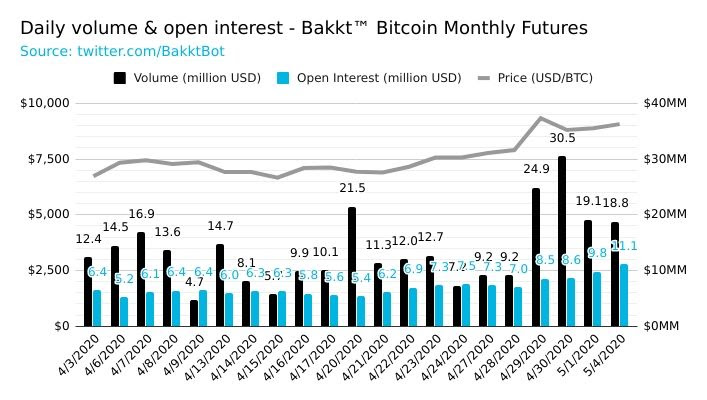 We’re not going to post a picture of it, but you’re more than welcome to check the contracts at the CME’s futures page at this link . The volume story is pretty much the same. A large spike on Wednesday and Thursday, and now it is double what it was last Tuesday.

On the bitcoin blockchain itself, we’ve already returned to normal. Here’s the spike all the way up to $3.18 billion on Thursday, and a return to normal levels almost immediately. 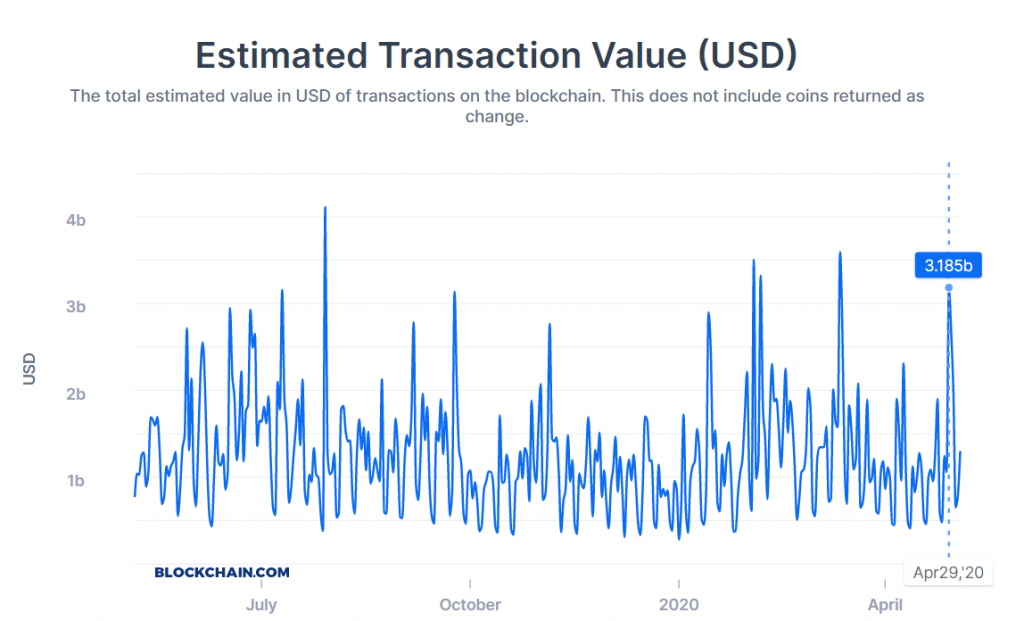 However, there are 10 exchanges that have been found to be reporting their volumes accurately. Luckily, they are tracked by Messari Crypto and currently showing $1.4 billion in volume in the last 24 hours.

Now, I don’t remember what they were last week. I believe they were somewhere around $3 or $4 billion. It would be nice if Messari developed some kind of chart similar to the ones above that show the historical figures. This is something I asked CEO Ryan Selkis for, and he assured me he was working on it nearly a year ago. Ryan, if you’re reading this, I know you’re pretty busy with COVID-19 and stuff, but seriously brother, give this suggestion another thought.

For everyone else reading, thanks a lot for tuning in. Hope you’ve enjoyed today’s episode of the BMJ Newsletter. If you enjoyed this latest edition, please consider forwarding it to some friends.