In a nutshell: The SEC dropped a 71-page lawsuit on Ripple Labs – the creators of the XRP cryptocurrency – alleging that XRP is not a decentralized blockchain investment, but an unregistered security. (Read the full document here.)

In plain English: The question is, should we consider XRP a stock? Is it part of the stock market (like Apple and Tesla), or the block market (like bitcoin and Ethereum)?

If it’s stock, it must be registered as a stock, which Ripple hasn’t done. Because the legal status of XRP is now unclear, some digital exchanges are delisting XRP altogether – meaning it will be harder to find buyers, should you want to sell later.

The key question: Are investors buying XRP hoping that its value will go up, based on the efforts of Ripple?

The common-sense answer to that is yes. We buy all these blockchain investments (and indeed, any investment at all) in the hopes their value will go up, due to the efforts of others. That’s the very definition of an investment, and it’s why the SEC has a strong case. (See our article on SEC Regulation Explained with Cat Photos.)

But the SEC also has a strong case because it’s a strong case: the brief is exceptionally well-written, avoiding all the convoluted descriptions of blockchain that plague this industry. It’s clear and cutting, and so far all Ripple has managed for a response are a couple of tweets.

In the world of blockchain, perception creates reality. The SEC has now framed public perception — and thus, reality — in a way that will be very hard for Ripple to undo, especially now that lawyers will be monitoring their every word.

The SEC won on the communication front with a slam dunk. But I do not feel their case itself is a slam dunk, and here’s why. 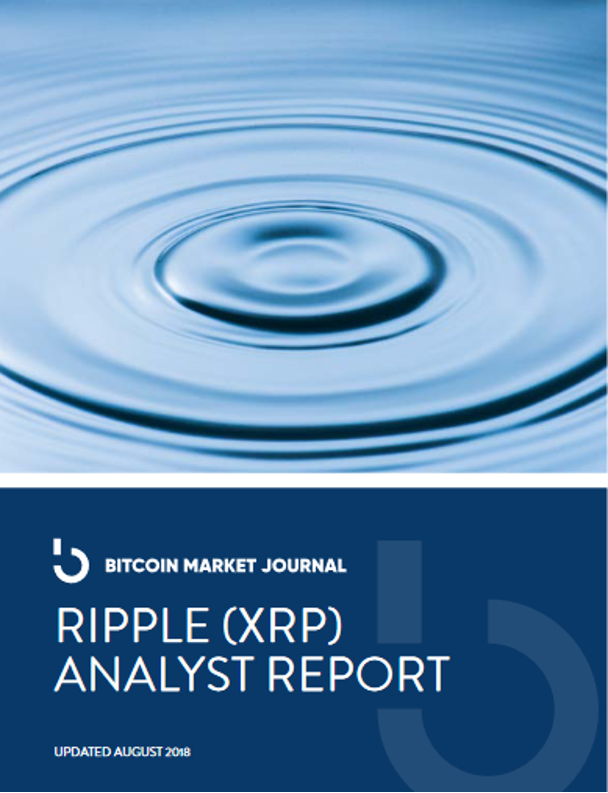 The Case For Ripple

Ripple was one of the first companies we covered at Bitcoin Market Journal, and I personally oversaw the first Analyst Report, which you can still download here. We interviewed the Ripple team members, and were impressed with both their brilliance and their belief that XRP was a new kind of payment system.

What XRP Does: In simple language, XRP is a real-time payments system that allows banks and financial companies to quickly make large transactions, especially between countries. It converts your money (say, dollars) into XRP, quickly settles the transaction on a blockchain, then converts back to the new currency (say, Euros).

So when you look at what XRP actually is, you see that the case is not so clear-cut: it’s not just like XRP is buying stock in Ripple. XRP really is a payments network. And it’s a payments network that is much better and faster: today, even “instant” wire transfers can take up to three days.

Here’s a way forward for Ripple, in order to settle with the SEC:

By doing this, Ripple will allow the SEC to have a victory, it will become a publicly-listed company, and it will legitimize its payment network. More importantly, the XRP-XBP relationship will successfully bridge the gap between the stock market and the block market. And that will be good for everyone.

The Good News About the Lawsuit

For years, the blockchain industry has been asking for “regulatory clarity.”

Now, we finally have it.

By going after XRP, the SEC set its eyes on the prize: XRP was the third-largest digital asset in the world. By filing this lawsuit, the SEC has now drawn some helpful lines in the sand.

We asked for regulatory clarity, and now we have it. By going after the highest-profile target — XRP was literally #3 on the leaderboard — the SEC has made the biggest example they can. The lines are now brighter. This is good for the industry, and great for investors.

Investors who have followed our Blockchain Believers Portfolio were rewarded handsomely in 2020.

If you’re just joining us, we began a do-it-yourself fund called the Blockchain Believers Portfolio in September 2018 (explained here, and in my book). The basic concept is to invest largely in stocks and bonds, with a small slice of the pie dedicated to bitcoin, ETH, and XRP. (Until now.)

The principle is simple: By investing largely in stocks and bonds, this keeps us from gambling all our money on bitcoin — which can be a huge temptation for beginning investors. But it allows us to enjoy some of the upside of bitcoin, in a smart and sensible way.

You can start anytime, and today is a great time to begin this new financial habit. The idea is to invest just a little bit each month, preferably on auto-withdrawal from your bank account: a concept we call “dollar cost averaging” or “steady drip investing.” (Instructions on how to set it up here.)

You get the best of both worlds: the stock market and the block market.

Building wealth is like growing a garden: you plant the seeds today to enjoy the harvest tomorrow. Those of you who planted your seeds with us back in 2018 have been rewarded with a bountiful harvest. In just two and a half years, we’re beginning to build real wealth.

Today is a great day to plant the seeds of your financial future. Here’s how.

But we’re also making a change – the first change in the history of the Blockchain Believers Portfolio: we’re selling XRP from the fund. The SEC lawsuit will make it increasingly difficult for XRP to get traction with major banks and financial institutions – leaving it a speculative investment, as the SEC has claimed.

That’s why we’re removing XRP from the fund, and have sold all our holdings as of December 31, 2020.

There’s one more reason for selling XRP: it hasn’t made any money.

When we began our fund in September 2018, the price of XRP was $.34. For most of the time since then, it’s traded below that range. If this is a next-generation payments network that will replace everything banks are using today, we’d expect demand to increase, and thus the price to go up.

The Bitcoin Market Journal team has been deeply divided on XRP over the past few years: it’s way down on our Digital Assets rankings page, where it gets only 3.5 stars. So now it’s official: starting January 1, 2021, we’re officially removing it from our Blockchain Believers Portfolio.

The simple takeaway: XRP is currently too risky for most average investors, even at the tiny percentage we have given it in our do-it-yourself fund. Paradoxically, much of the risk comes from the SEC itself: with this lawsuit, it has made it harder for average investors to buy and sell the token.

Instead, our “Big Believers Portfolio” (the only portfolio that held XRP) will now shift those holdings to Ethereum like so:

Paradoxically, the SEC has also strengthened our belief in blockchain. We are finally getting regulatory clarity — and as we’ve often said, with clarity comes prosperity.

If you’re just joining us on this journey into blockchain investing, it only takes a few hours to set up a monthly plan that you’ll be able to enjoy far into the future. [Instructions here.] You can start with any amount. And over the long term, we hope that you will enjoy both clarity and prosperity.