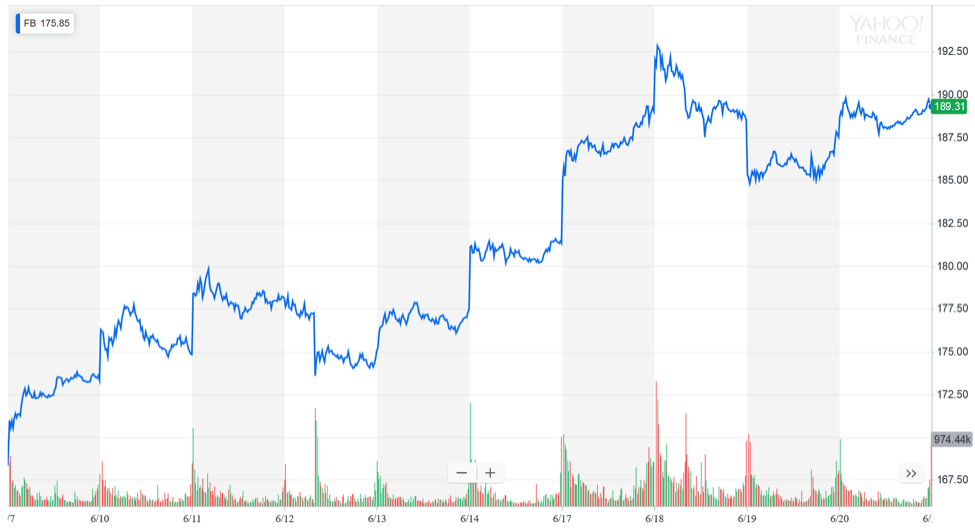 I don’t usually make predictions. (There’s a reason fortune tellers only charge five bucks.) But in this case, it was fairly obvious: the New York Times reported that Facebook was launching its own alternative to bitcoin.

In our Bitcoin Market Journal newsletter, I suggested that you might want to look into Facebook stock in advance of the official announcement. Those of you who did—and acted on it—were richly rewarded.

I told you the opportunity presented the best of both worlds: an investment in an altcoin, backed by a publicly-traded tech company. Since the Facebook cryptocurrency isn’t available yet, you could “invest” in it simply through buying Facebook stock.

Then it happened: Facebook announced Libra, its new bitcoin-like cryptocurrency, and the price of FB stock rocketed upward from $169 to $189 (see chart above). The price of bitcoin also surged; as I write this, it stands just shy of the $10,000 breakout mark.

Libra, the new “Facebook coin,” is a very big deal. Here’s why.

The Opportunity: The Internet of Money

“We believe that a global currency and financial infrastructure should be designed and governed as a public good.”

They got the messaging right: in the Libra white paper, they describe Libra as a “simple global currency” and “financial infrastructure.” (Both parts are important.)

A simple global currency means what I’ve called a “supermoney,” higher than the dollar, the Euro, or any government-owned currency. A financial infrastructure means we can send that money around the world, quickly and cheaply.

I highly recommend reading at least the first two sections of the white paper (Problem Statement and Opportunity), which will take only a few minutes. It’s inspiring, and it just makes so much sense. 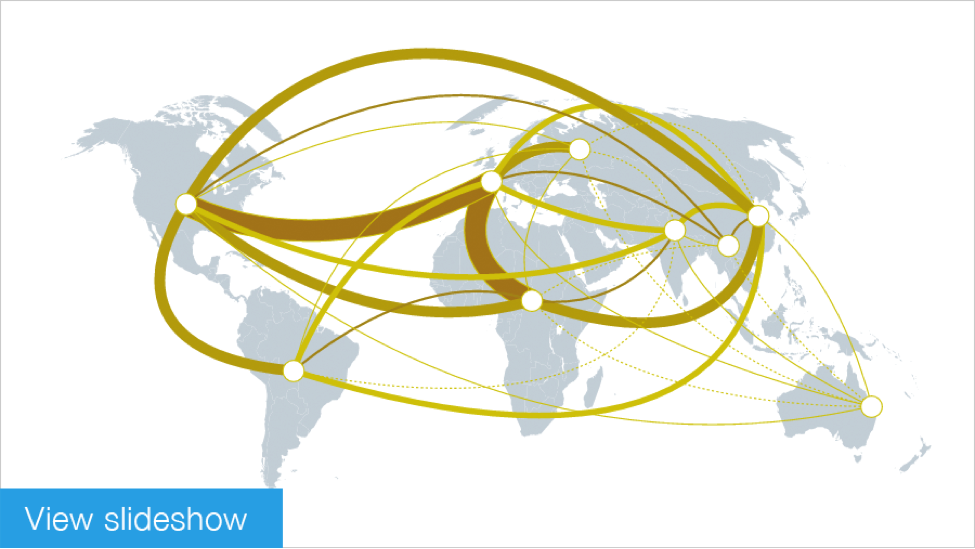 Facebook, with its global adoption, is already being used by 2.7 billion people, or about a third of the world’s population. That’s a reach that no other nation can match (even China, the world’s most populous nation, has only half that many citizens).

“Our ambition is for the Libra network to become permissionless … this transition will begin within five years of the public launch of the Libra Blockchain and ecosystem.”

I’m talking about Libra as if it’s entirely controlled by Facebook, but the company has wisely put it in the hands of The Libra Association, an independent, nonprofit organization located in Switzerland. The Libra blockchain itself is open-source, pseudonymous, and encrypted. So far, so good.

However, the blockchain itself is permissioned, meaning that it is run by the “Founding Members,” made up of heavyweights like Mastercard, PayPal, eBay, Coinbase, and Andreessen Horowitz. Unlike bitcoin (where anyone can run a validator node), only Founding Members can run a node at launch.

If this sounds like a central bank, that’s because it is. Just as the Fed can create or destroy money in order to control inflation, The Libra Association will wield a similar power over this new global money. This power should not be left to Mastercard, PayPal, and Silicon Valley VC firms. We should share it.

In other words, Libra must become truly decentralized.

The Libra white paper claims that permissionless systems like bitcoin cannot currently provide the “scale, stability, and security needed to support billions of people and transactions across the globe,” but adds that its long-term goal is to transition to a decentralized, permissionless system “within five years.”

Five years is way too long. This transition needs to begin in one year.

Five years of blockchain time is like thirty-five years of human time. (Think dog years.) In five years, Libra could replace SWIFT as a global financial standard, running trillions of dollars in transactions a day. It could rival the dollar as the global currency benchmark. Do you think Marc Andreesen will want to give up his seat at the table then?

Bringing in the heavy hitters from the financial world is important for building up the Libra Reserve and giving the currency credibility. But we need to get them out of the driver’s seat as soon as possible. Otherwise, it’s just “new boss, same as the old boss.”

People have already been jokingly calling Libra “ZuckBucks,” which is just a simple acknowledgement that if Facebook (or anyone else) remains in control, it’s a project doomed to eventually fail. A Facebook coin will last only as long as Facebook. Why not just buy Facebook stock?

You say a permissionless system isn’t scalable? You’re Facebook. Scale is what you do. You guys can figure out how to build a scalable blockchain before the end of the week, and still have time for foosball.

I’m giving you one year to decentralize this, Facebook. June 21, 2020. I just set a reminder in my calendar.

I can’t predict whether Libra will succeed long-term. But I can predict that a global currency will. It’s inevitable. It’s what the world wants. The world wants money that’s free, instant, scalable, and trusted: FIST.

The world wants global money. Libra is our best shot so far—as long as it’s fair.

P.S.: Sign up here to learn more about Libra in our free weekly newsletter.