If you’ve seen the news at all today, you’ve probably heard all about the Twitter hack yesterday. If you’re a news junkie like myself, then you probably watched it play out live.

One thing I found interesting was that the hacker, or more likely hackers, actually targeted crypto personalities like Changpeng Zhao and Justin Sun, as well as crypto-related businesses and exchanges, before moving on to the bigger targets like Elon Musk, Bill Gates, and Uber. 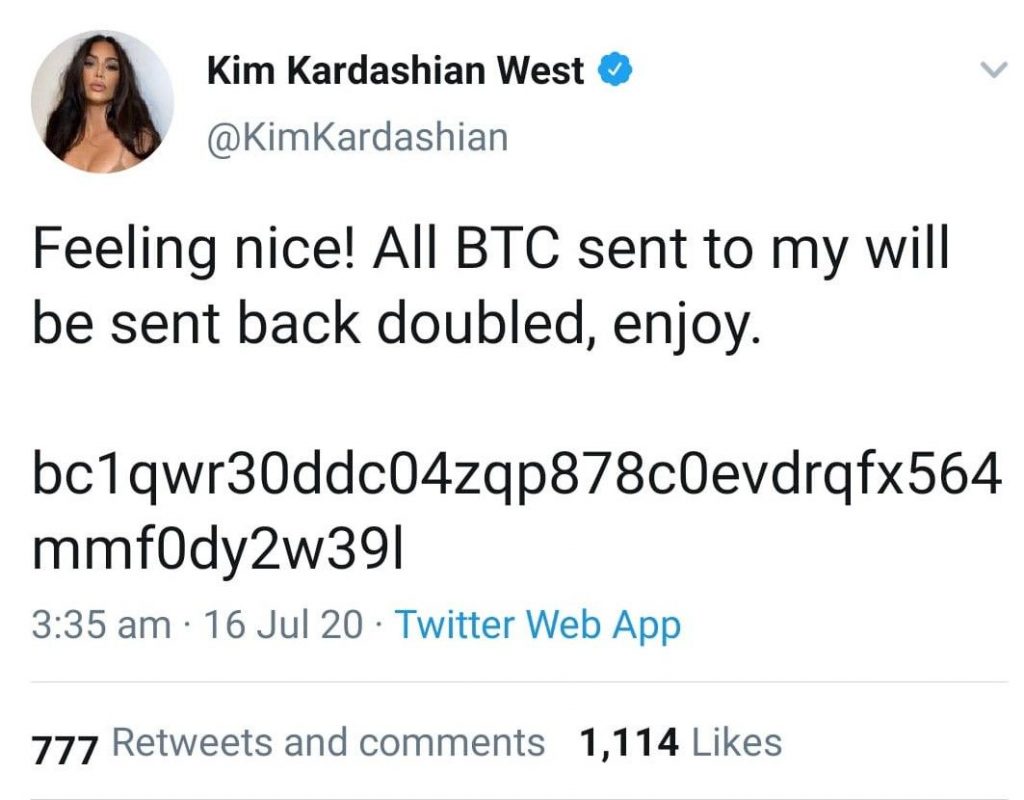 For my part, I’m glad that I warned all of my readers and followers about these sort of scams yesterday, just hours before the biggest giveaway scam in history took place.

It might be a while before all the details emerge about how this happened but clearly the attack was not very well thought out. Imagine having access to all Twitter accounts, and wasting the opportunity on a silly scam that nets you $100,000 in tainted bitcoin, which will be extremely difficult to cash out. It’s pretty pathetic, if you ask me.

By listening to the news, you may have also heard that Twitter shares took a hit, but if you like to look at charts like me, you’ll notice that they’ve not even reversed yesterday’s gain. 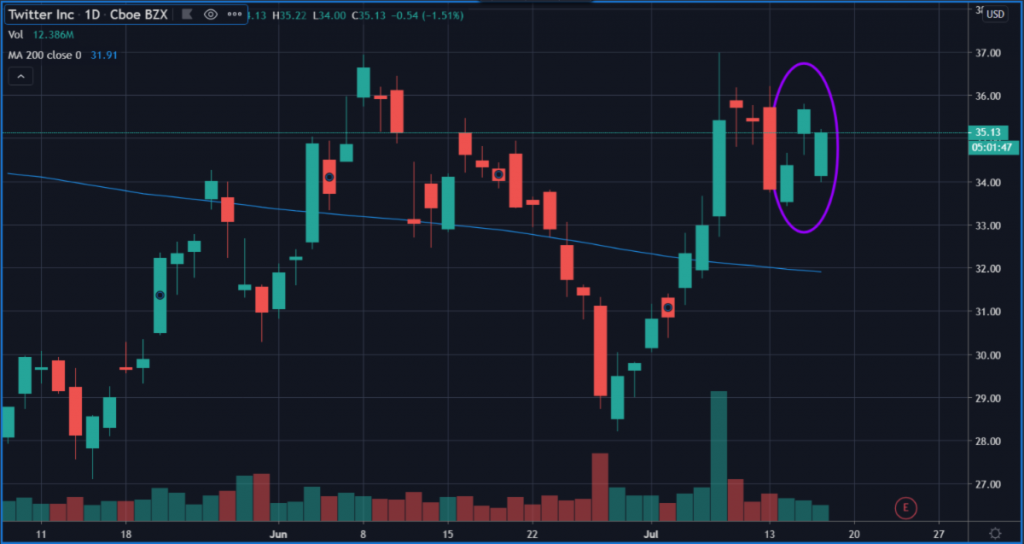 This action is known as “consolidation” and is certainly not reflective of a hack of this size and scope. Under normal circumstances, an event such as this might have a negative impact on all social media, or indeed all tech stocks.

Facebook, Apple, Amazon, Netflix, Google, and Microsoft are some of the best performing stocks in the world, and what does it say about the entire sector when a giant like Twitter can be hacked to this point?

Or that the leader of the Tesla cult and owner of the new beautiful sustainable technological future was just hacked in such an embarrassing way?

The president of the European Central Bank delivered a rather uneventful press conference earlier today. For a central banker overseeing trillions in asset inflation and systematic debasement of a major global currency, uneventful is a very good thing.

The highlights of her speech include:

Weekly unemployment claims in the United States are only slightly lower than they were last week, with 1.3 million more people filing for benefits. To say these numbers are unprecedented is an understatement.

In 2008, right in the midst of the global financial crisis, a total of 2.3 million jobs were lost. We’re now seeing more than that every two weeks.

For all it’s benefits and flaws, bitcoin hasn’t seemed to notice the major hack that just took place on Twitter, even though BTC and a full bitcoin wallet address were included in nearly every erroneous tweet.

Since the hack, Twitter seems to have blocked all bitcoin address from being posted publicly on the platform. Perhaps it’s just as well too. Even though they call it a “public address,” posting your bitcoin wallet info in public is really poor practice.

Even though Twitter has taken away people’s ability to make that decision for themselves, this will almost certainly stop a few noobs from making rookie mistakes if they continue to enforce the policy.

For those looking to accept payments and donations in crypto on social media or other public forums, I highly recommend a service called Cointr.ee, which is headed by the crypto maven Naomi Brockwell, and is an excellent solution for people and organizations who want to accept multiple cryptocurrencies.