The situation in Brazil is really heating up right now. As much as we can trust the statistics coming out over there, we’re looking at an average 26,000 new cases per day and roughly 1,000 fatalities.

Of course, as with several other countries, the data has drawn notable scrutiny, so we know it’s at least that many.

As a second wave has already been reported in China and parts of the U.S., it seems prudent to consider the date of this news article, which is exactly two weeks ago today.

As we know, the virus takes approximately two weeks to gestate, so the question is whether we’re about to see another leg up over there.

Well, the answer of course is that we don’t know, but we can see that Brazil’s central bank is doing its best to support the economy. Here’s the headline from the action taken at their meeting yesterday…

To be clear, Brazil went into this crisis with an elevated interest rate of 4%, but the financial institution is not making cuts in quarter points as other central banks like to do. As you can see, this latest cut was 0.75% total.

The bigger issue is that they’re left with only a very small margin in the way of policy tools. Unlike the Fed or the ECB, it’s very difficult for the Central Bank of Brazil to announce a sensational injection of monetary stimulus for fear that the market may not be too happy leaning on the full faith and credit of President Jair Bolsonaro’s government.

The stock market, on the other hand, seems as disconnected from the economy there as it is everywhere else at this time, and the bounce off the March lows remains in place. Special shoutout to some very smart people who I had the pleasure of speaking with this morning. Thanks a lot for pointing this out! 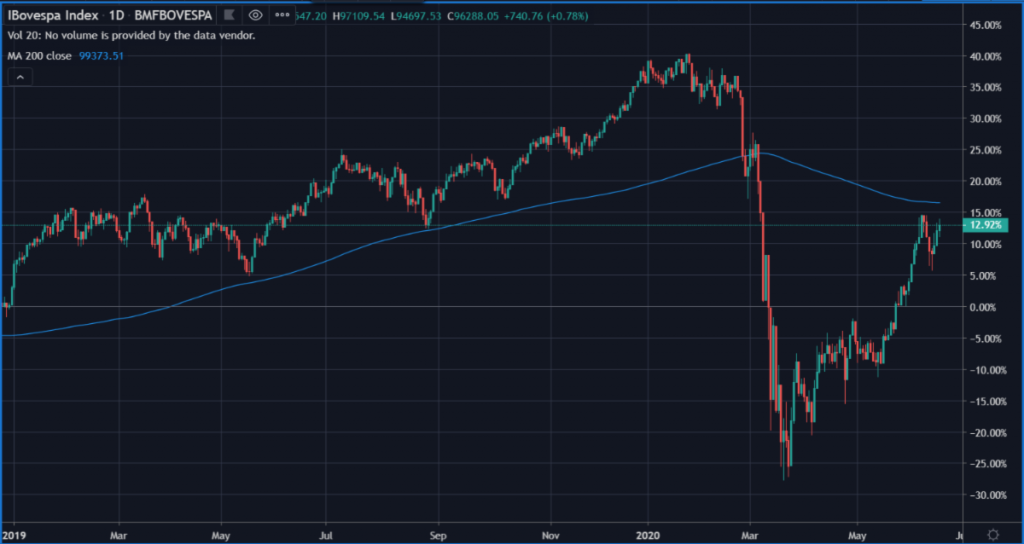 Now that the halving is behind us and bitcoin’s price has entered a prolonged period of low volatility consolidation, it seems that interest in trading the world’s number one digital asset has fallen somewhat. Mati Greenspan Click to tweet

Trading volume, both institutional and retail across exchanges, is clearly down. Bitcoin futures at the CME group marked their lowest level yesterday in more than a month. Volumes (black bar) and open interest (blue bar) at Bakkt have taken a hit as well, as the price (gray line) flatlines. 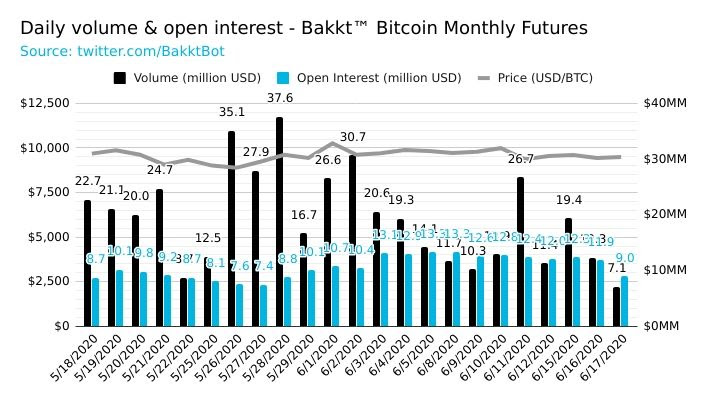 The volume on retail exchanges can be seen using Messari’s volume data, which is the only source that actually makes a continuous effort to clean out the wash trading stats. As we can see, their figure is below $1 billion for the first time since February.

Volumes on bitcoin’s blockchain, on the other hand, remain just as stable as the price. The average amount sent through the blockchain over the last week is approximately $1.3 billion, so we can see a rather steady range there. 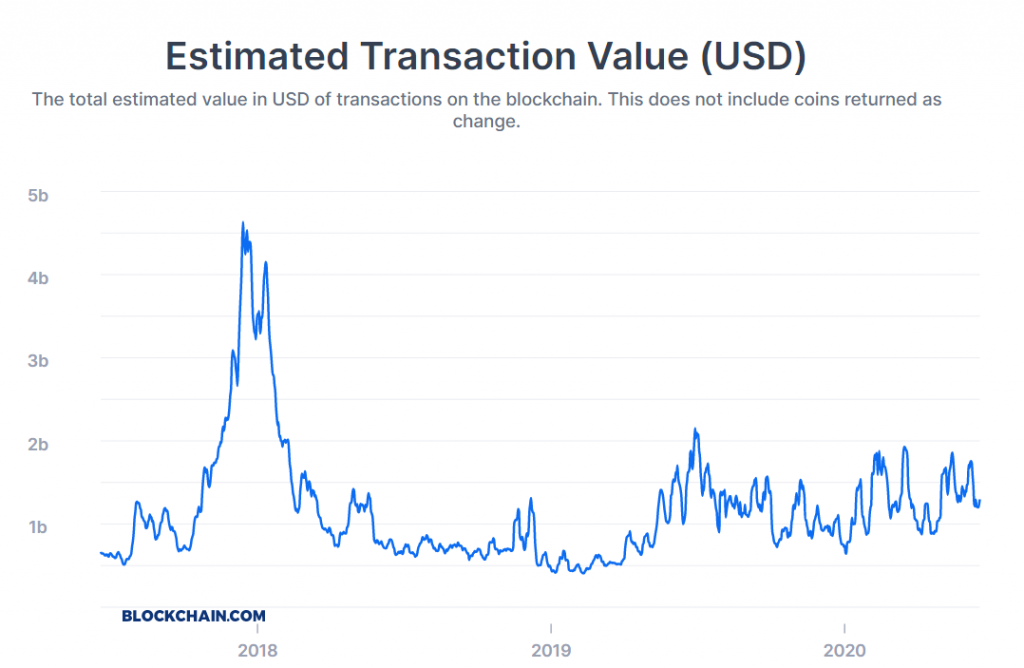 It is almost notable that bitcoin’s mining difficulty did recently see it’s largest surge in 29 months, but as far as I know right now, this isn’t very likely to affect the price or even the hashrate very much. In other words, the situation is normal.