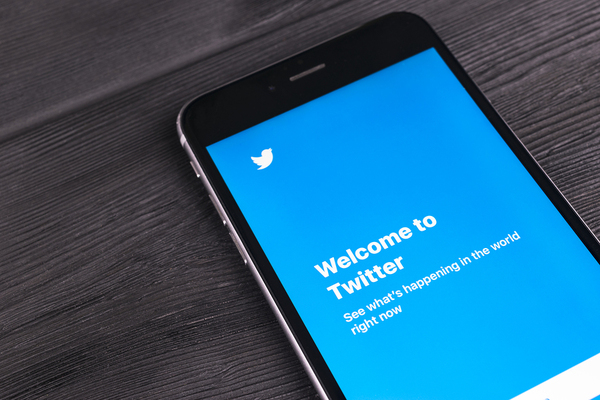 Finding solid sources of information about bitcoin and altcoins can be tricky at times. Of course, you always have our unbiased and heavily researched information here at Bitcoin Market Journal.

Other great sources of information are Reddit and, of course, Twitter. The only issue with Twitter is that everyone claims to be a crypto influencer or thought leader, even if they’ve only recently come to crypto.

Putting that aside, there are some real gems to be found on Twitter, if you’re following the right crypto influencers. These are the people who have a real influence on the growth and adoption of bitcoin and other altcoins, and they are actively building the communities that will support further growth.

With that in mind here are some of the top tweets of 2018 from top crypto influencers.

You have likely already heard of this college dropout and founder of Ethereum. If you have any interest in blockchain technology, you should be following him. Interestingly though, it’s been his tweets against scammers that have generated the most interest in 2018.

I am boycotting @coindesk‘s Consensus 2018 conference this year, and strongly encourage others to do the same. Here is my reasoning why.

1. Coindesk is recklessly complicit in enabling giveaway scams. See their latest article on OMG, which *directly links* to a giveaway scam. pic.twitter.com/WDr9uZ8XOw

If you follow Vitalik Buterin, you are almost guaranteed some mind-blowing tweets and tweet-storms discussing decentralized applications, security, scalability, ICOs, and even the economics of blockchain and crypto.

Laura Shin is a journalist who focuses on blockchain technology, use cases, and altcoins. Many of her tweets are to point you back to her informative podcasts Unchainedpodcast.com and Unconfirmedpodcast.com. She has also given some excellent TEDx talks, and she was previously a senior editor for Forbes. There is always something objective and well-informed to be found in her Twitter stream.

The tweets of Tuur Demeester will give you a fair and balanced look at the crypto scape. It is a breath of fresh air in the often hyped up Twitter-sphere. Expect solid economic data and technical analysis of the markets.

Bitcoin is digital gold in the eyes of a growing subset of the population. To some extent this group already operates on a Bitcoin Standard: investments are evaluated on their ability to yield a return in Bitcoin.

Charlie Lee is the creator of Litecoin, and while his Twitter account is often focused on Litecoin, he has also been known to tweet on controversial crypto issues. His Twitter feed might be considered to be on the opposite side of the spectrum from Tuur. Where Tuur is balanced, Charlie has been accused of being somewhat over-the-top in his tweets, but he is also followed by 800,000 people on Twitter, making him a top influencer.

When the Blockchain tourists finally give up on the “big opportunity”, the rest of us left behind will continue to build out the infrastructure for the next wave. Reminds me of the post 2000 tech collapse…all the non-believers went back to their non-tech jobs.

From an investor’s perspective, Fred Ehrsam is one of the best personalities to follow on Twitter. A former Goldman Sachs trader, he was one of the co-founders of Coinbase. Lately, he has become increasingly interested in how blockchains will influence gaming since it is one of the largest growth areas of our generation. His take is that in 10-15 years, some people will be able to live off the income made from blockchain gaming. 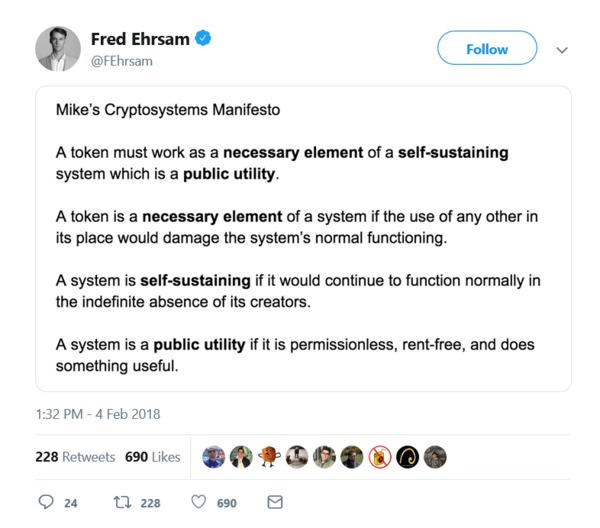 Twitter’s data from 2015 (the last time they divulged) says there are 500 million tweets per day, so there are many other great tweets and tweeters out there. You can find many of them on our list The Crypto 50: The Top Influencers in Bitcoin and Blockchain 2018.

Another easy and painless way to stay abreast of what is happening in the bitcoin and blockchain universe is to subscribe to the Bitcoin Market Journal newsletter.  Why not do that today?