Since the markets are closed today, I’d just like to give a brief recap of the action-packed day we saw yesterday and a bit of outlook for how things could progress from here.

You probably already saw the headlines. The OPEC meetings failed to reach any agreement. Today, the G20 will be doing a few conference calls to see if they can figure out a solution to the glut. New Unemployment Claims in the U.S. were once again worse than any analysts had forecasted and came in just shy of last week’s figures.

Similar to last week, the market shrugged off the data and ended the day higher. Unlike last week though, they had ample help from the Federal Reserve, who came in with impeccable timing, and just as the data was released, announced yet another massive stimulus package of $2.3 trillion to help small businesses and local governments.

According to the latest snapshot, the Fed’s balance sheet as of Wednesday exceeded $6 trillion for the first time. The last leg up now makes the response to the 2008 crisis look negligible, and of course it’s only gonna keep rising from here.

At the same time, another grim milestone was reached yesterday as the U.S. national debt hit $24 trillion, a number that is also set to rise astronomically before the end of this crisis.

With large thanks to the Fed’s actions and a slew of new traders rushing in to buy the dips, the S&P 500 has regained nearly half of its losses and is now trading at levels that would have seemed quite normal during 2018 and 2019, when the economy was considered red hot and the biggest fears were rising interest rates and tightening by the Fed. 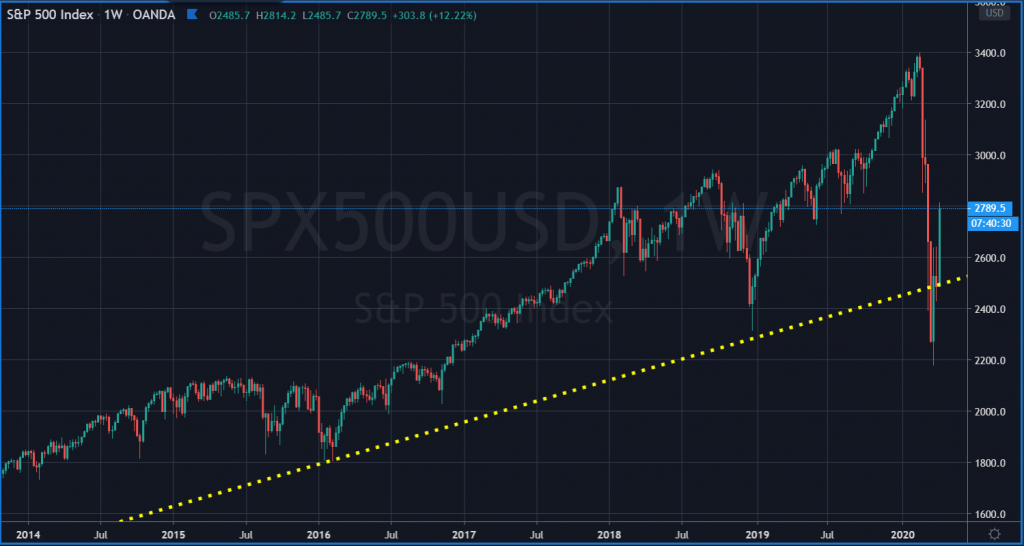 The main question that investors should be asking right now is whether it’s really possible for the governments and central banks to prop up the economy by taking on enough debt to maintain the shutdowns long enough for a cure to be deployed.

The numbers of new confirmed cases in Europe are coming down sharply and even New York seems to be in some kind of plateau. Many are already talking about an exit strategy for the lockdowns, so we can only hope that we’re now seeing the beginning of the end. Of course, until we get a viable cure the danger of a second wave will persist.

If we had to boil down the question above, it really comes down to two parts…

a. How much new debt will need to be taken on from the beginning of March until the virus is behind us?

b. Will that amount do any real harm to the stability of our financial system?

No matter what the answers are, it seems that in the meantime, they’re having no trouble holding up the markets but not the economy. With what must now be record unemployment and people lining up at the food banks in several locations, it’s difficult to imagine that a one-time stimulus check is going to do the work, and rather there will be a lot more coming.

Gold understands this, and immediately after the Fed’s announcement, it began testing the highs. At this time, it’s just $8.70 away from 2012 valuations and $226 away from a new all time high. 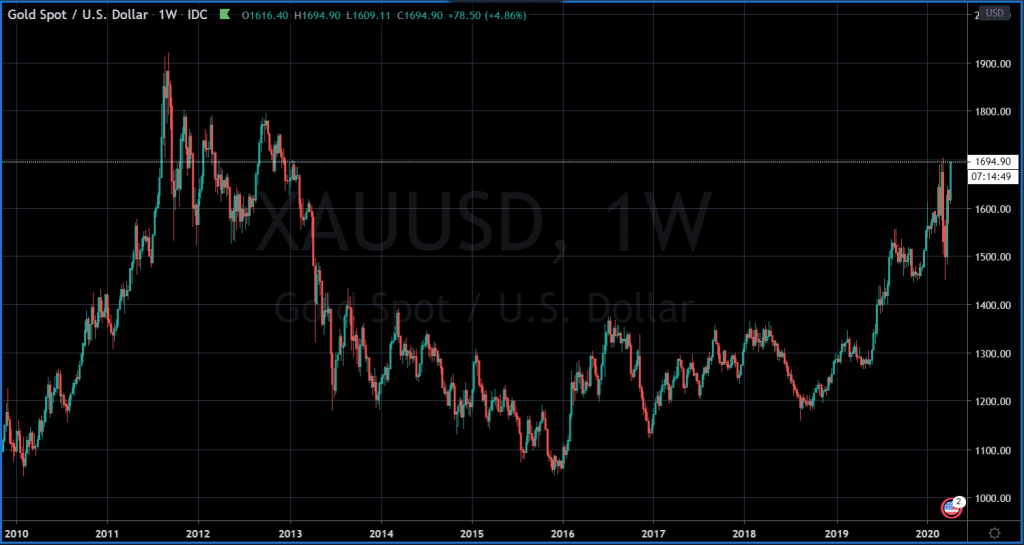 Bitcoin on the other hand has remained remarkably stable in the last few weeks and if we zoom out on the chart we can see something quite comforting. The level that it’s trading at now, similar to the stock market, is a level that would have been deemed quite normal throughout 2018 and 2019. This is happening with the third halving only a month away. 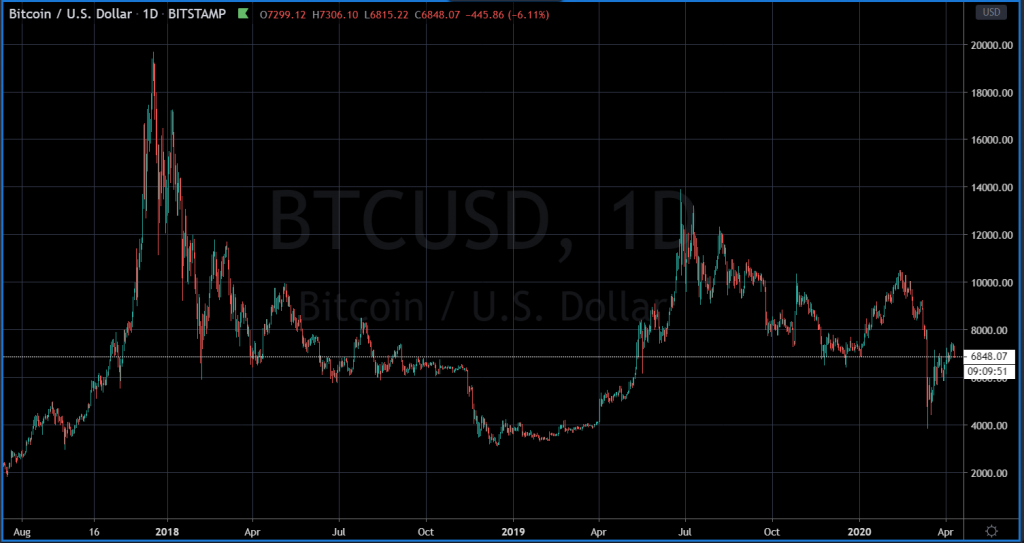 So you see, now that it seems we finally have a proper handle on what we’re dealing with, now that the conflation and disinformation and fake news are finally starting to give way to truth and understanding, we can finally start to pick our heads up and take a clear look into the future. Very soon, we’re likely to be flooded with the kind of opportunities that only come by once or twice in a generation.