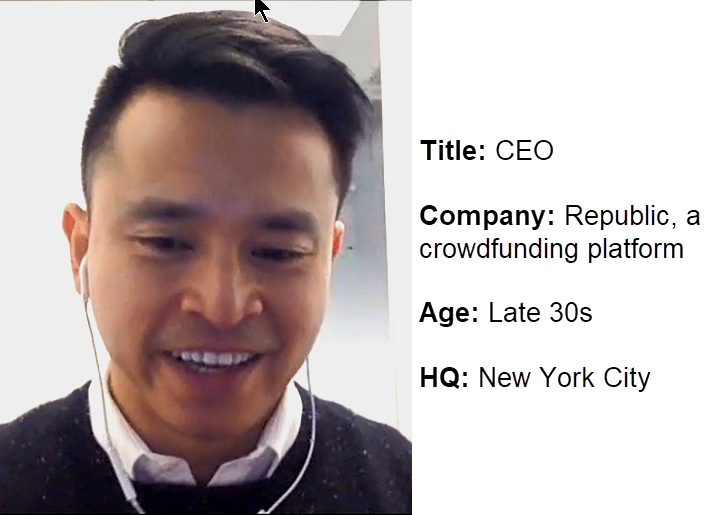 Meet Kendrick Nguyen, and you’re immediately struck by three things – unfailing courtesy, unflagging humility, and an ever-present how-can-I-help-you attitude. They’re traits that stand out especially among the personality types that typically swagger around Silicon Valley and Wall Street, where Nguyen splits most of his time.

The irony is that if anyone deserves to strut, Nguyen does. Reason: For the past five years, the Vietnamese immigrant has served as a leading light in extending startup investing beyond the privileged few “accredited investors” to “everyday people.”

More importantly, he may be destined to become one of the most important allies to those who have a huge stake in legitimizing the new marketplace for ICO-driven innovation.

Passion for Inclusion Fueled by His Immigrant Past

As the general counsel at Angel List, the groundbreaking marketplace for investors and startups, he was instrumental in paving the way for the Federal Jobs Act, which opened startup investing to heretofore “unaccredited” investors, knocking down the regulatory walls that had disenfranchised regular people from new venture investing for 80 years.

Now, as the CEO of Republic, a crowdfunding platform that was spun out of Angel List, he’s doing even more for the masses, by legally and carefully offering a place for startups and, now, ICOs, to connect to a broader swath of retail investors.

“We launched Republic in the middle of 2016 because we believed in the notion that everyone can and should invest a small amount in private company startups to share in the entrepreneurial story as part of being a more engaged private citizen,” he says as he becomes increasingly more animated.

While he conveys some reluctance to discuss himself – he’d prefer to talk about Republic – he admits that his immigrant past “played a significant role in my passion for inclusion in the entrepreneurial economy.”

Not that it’s his only material experience. His path to his present began in earnest in 2013 when he joined Angel List, the pioneering marketplace where startup founders could connect with angel investors and startup job seekers.

That’s where Nguyen came in. He was among a small group that spent two years shuttling back and forth between the SEC and Congress, collaborating on what was to become the landmark 2016 Jobs Act amendment that allowed private companies to raise up to $1 million from “unaccredited,” or everyday investors.

Through this process, it became clear to Nguyen, Ravikant, and Nivi that they needed a separate entity to serve as a crowdfunding platform. In 2016, they gave birth to Republic and spun it out of Angel List as a freestanding entity.

The goal for Republic is grand. “Our vision is to become the Amazon of private investment,” says Nguyen.

In the nearly two years since its start, the company has helped launch some 40 companies through an instrument it calls a Crowd SAFE – its version of a Simple Agreement for Equity, which is increasingly being used as a convertible note substitute.

True to form, Republic isn’t only crowdfunding equity investments, it’s also pressing the cause of diversity. Take a look at its website, and you’ll see that its startups represent minorities, immigrants, women, and veterans.

But the bigger news at Republic is this: It’s introduced Initial Coin Offerings to its platform through a branch called Republic Crypto. Like its proprietary Crowd SAFE, it has created its own instrument for tokens, the Token DPA (Debt Payable by Assets), which is, like a convertible note, a “debt security” and one that it believes is better for token investors, accredited or not.

As of March, Republic has successfully introduced just two Token DPA-funded projects to its crowds. Both hit their funding goals of $1.07 million.

One is Witnet, which has developed a protocol for smart contracts for any online data source — sports results, stock prices, weather forecasts, even other blockchains. It hit its funding goal by attracting 978 investors, each of whom ponied up anywhere from a minimum of $50 to a maximum of $102,000.

The other is a company YouNow with a project called PROPS, a decentralized, blockchain-based system of video tools that allow users to produce and contribute video and then earn a return for their work. It’s been funded by several prominent VCs. Still, it raised its $1 million-plus-change through “crowd” investors who could come into the deal for anywhere from $50 to $2,000.

What’s interesting, on closer look, is the vast difference in terms both companies offered their investors with Republic Crypto’s Token DPA instrument.

Game’s Early, But a Top Prospect to Watch

Of course, two projects don’t seem like a number that destines Nguyen to become the next Jeff Bezos. Nguyen says more deals are in Republic’s pipeline. And he defends the slow pace by noting two reasons for it.

The first is the amount of due diligence the company devotes to each project it introduces to its investors. It wants to make sure it’s doing it right, especially under the gaze of regulators, skeptics, and critics.

The second, he says, is that it’s still very, very early. If this were a ballgame, it’d be the top of the first.

Of course, given his personality, Nguyen wouldn’t dare brag about being one of the game’s all-stars already. Okay, we’ll give him that. Time will tell. Without a doubt, however, he’s surely a top prospect to watch.