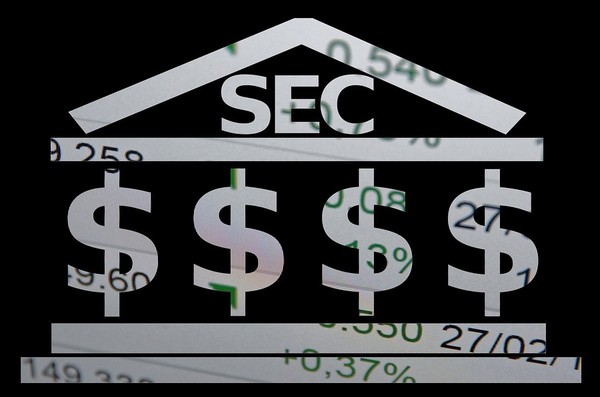 The Securities and Exchange Commission isn’t just coming after blockchain startups and ICOs. It also has its eye on cryptocurrency markets, which shouldn’t be a surprise. After all, it’s right in the agency’s name.

The SEC regulates both the sale and the trade of qualifying financial products, a mandate which extends to the marketplaces on which these securities are sold. Exchanges, in the technical language of securities regulation, are the spaces where individuals trade securities among themselves (such as, for example, the New York Stock Exchange).

That category will soon include cryptocurrency marketplaces, if it doesn’t already. As is usual when discussing SEC regulations, the best place to start is with the agency’s own words:

If a platform offers trading of digital assets that are securities and operates as an “exchange,” as defined by the federal securities laws, then the platform must register with the SEC as a national securities exchange or be exempt from registration… The SEC staff has concerns that many online trading platforms appear to investors as SEC-registered and regulated marketplaces when they are not.  Many platforms refer to themselves as “exchanges,” which can give the misimpression to investors that they are regulated or meet the regulatory standards of a national securities exchange.

A full discussion of SEC regulation of cryptocurrency marketplaces would take far more space than allotted here. However, there are a few quick takeaways.

Takeaway One: Virtually all marketplaces will qualify as an exchange.

This is not going away on its own.

The SEC defines an exchange under Rule 3b-16 which in turn interprets Section 3(a)(1) of the Exchange Act. Under this rule, the SEC considers any marketplace a regulated exchange if it “brings together the orders of multiple buyers and sellers and uses established non-discretionary methods… under which such orders interact with each other.”

In a nutshell, if a marketplace provides a space to trade securities and sets the rules for how those trades will work, it’s an exchange. The SEC interprets “methods” broadly, so almost any act of oversight will trigger this rule.

With most, if not all, IPO-related tokens now considered securities, pretty much every cryptocurrency marketplace meets that definition.

Takeaway Two: A few marketplaces will try to game the system.

A cryptocurrency marketplace could avoid triggering Rule 3b-16 in two initial ways. The first is by not trading regulated securities. The second is by not establishing any oversight. With the particularly libertarian bent of many in the crypto-community, expect some marketplaces to try this.

The first option may have some success. A crypto-marketplace which trades no securities, such as one that deals in only cryptocurrencies (not tokens), would not qualify as a securities exchange. Without speculating on the commercial success of such a marketplace, should one successfully limit all trades to non-securitized tokens, it could avoid regulation.

It would, however, almost certainly work better than a pure hands-off approach. A marketplace which conducts no oversight of its trades whatsoever could avoid triggering Rule 3b-16’s methodology test. It would also be a free-for-all, one with no meaningful security or trading guarantees. Traders would be on their own in an environment closer to a message board or forum than a marketplace

The SEC regulates marketplaces for the same reason it regulates securities: to prevent and catch bad actors.

A regulated exchange must meet certain standards for security, communication, trading protocols, and products. While far from a foolproof system, the exchange must set standards for the assets it trades. For an example of this, see the listing requirements for the New York Stock Exchange. While not a legal standard, the NYSE requirements are a good example of a regulation-compliant exchange operating to oversee the products it offers.

It is true that these standards make it harder to trade. At the same time, though, requiring a minimum set of standards before a token can enter the marketplace helps to prevent fraud. It means that someone cannot simply whip up a press release on Monday and start selling on Tuesday.

One consequence of regulation is the standardization of what’s called an “order book,” the lists of buy and sell orders for any given financial product. An order book is kept in a standardized format and on a public exchange and made publicly available. (This is a far more complicated subject, as traders can sometimes withhold information, and readers who are interested can learn more here.)

SEC regulation of cryptocurrency marketplaces will be a lengthy and involved process. Although the agency’s footprint in this space will not be anywhere near as significant as for IPOs, traders should expect some changes to come.

Keep up on all the upcoming token releases with our initial coin offerings page!