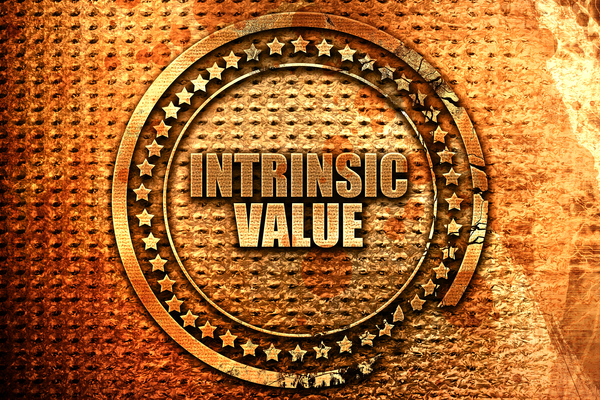 While it’s true that libertarians were one of the first groups of people to become interested in bitcoin due to the crypto asset’s usefulness as a form of free-market money, there are also plenty of liberty-minded individuals who still prefer physical gold over its digital cousin.

Most of the arguments by libertarians against bitcoin have to do with the concept of intrinsic value. For many years, libertarians preferred gold over other forms of money due to the intrinsic value found in the physical metal outside of its use as money. For example, gold can be used to make jewelry or electronics. Alternatively, government-backed fiat currencies, such as U.S. dollars, only have value because everyone agrees that they have value.

Some skeptics believe bitcoin lacks “intrinsic value,” which means its value should eventually drop to zero (or at least very close to it); however, there are fundamental properties of the digital asset that make this scenario unlikely.

Having said that, there are plenty of coins and tokens out there in the crypto asset ecosystem that lack any sort of fundamental value proposition. It’s important to understand the underlying value of any asset before making an investment decision; otherwise, you could be left holding the bag in a situation where the asset’s price crashes back down to reality.

Let’s take a closer look at the role of intrinsic value in the crypto asset market.

What Does “Intrinsic Value” Mean?

Before exploring bitcoin’s intrinsic value, we first need to define this term. One short definition of intrinsic value is: the current, non-speculative value of an asset. For example, the intrinsic value of a business would be based on the amount of revenue being generated today rather than projections for the future. In terms of a commodity, such a gold, intrinsic value would refer to its non-monetary use cases.

It should be noted that investors tend to have different methods for calculating intrinsic value. Bitcoin itself has also raised new questions about the definition of intrinsic value, at least when it comes to assets that are also used as money.

If you want to get philosophical about it, you could also say that nothing really has any intrinsic value, as all of the value put on any asset is derived from how humans perceive that asset. Wheat doesn’t have value in itself; it has value because humans need to eat.

So What About Bitcoin’s Intrinsic Value?

With these notes about intrinsic value in mind, let’s take a look at bitcoin.

Bitcoin’s main value proposition is as an apolitical store of value and medium of exchange. This means the monetary policy is defined by consensus rather than bureaucrats and no one can censor specific types of transactions on the network. The value proposition here is that bitcoin simply exists as digital money rather than being subject to political influence by third parties. This is why it is often referred to as “digital gold.”

Yes, there are alternatives to bitcoin that exist as well, but bitcoin is still the gold standard of digital money (at least for now).

Early critics often stated that bitcoin should be backed by gold or some other real-world commodity to provide it with an underlying, base value, but the reality is “backing” bitcoin with some other asset would actually make things worse by introducing counterparty risk to the crypto asset. In a scenario where bitcoin were backed by some physical good, a bitcoin user would be holding an IOU rather than a digital asset.

Bitcoin’s use as a digital bearer asset is its intrinsic value. As the digital bearer asset with the largest network effect up to this point, bitcoin is the asset that people will use when they wish to hold an apolitical, digital store of value or make a censorship-resistant transaction online. It is these use cases that are the fundamental building block for the use of bitcoin as money.

Understanding the intrinsic value of bitcoin and other crypto assets allows investors to avoid dumping their money into bubbles that are bound to pop once the market realizes there is nothing of value provided by a specific coin or token.