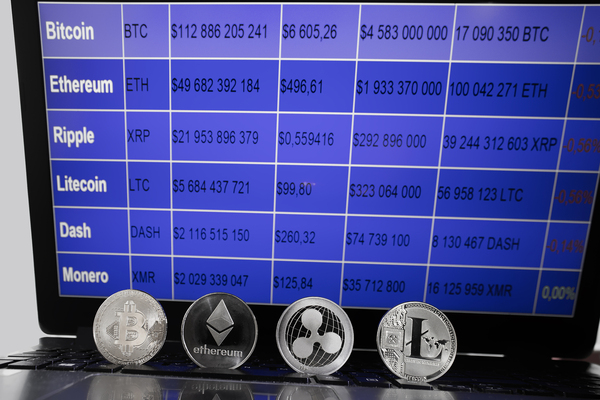 Last week, we discussed some of the key issues with comparing bitcoin and various altcoins based solely on their respective market caps (read that post first if you missed it). Now that we’ve taken a look at the flaws of the market cap metric, it’s time to learn about some alternative data points that may paint a clearer image of the standing of various cryptocurrencies in the overall market.

As a side note, while CoinMarketCap.com is the most well-known site for comparing crypto assets, OnChainFX.com and Coinmetrics.io are two of the key alternatives to look at when seeking alternative metrics.

As a reminder, market cap should not be dismissed entirely. These three alternatives should simply be viewed as additional pieces of the puzzle. No single data point can tell the entire story of a crypto token.

One of the best metrics for estimating the transactional demand for a particular coin is on-chain transaction volume denominated in US dollars. While this data point will not provide you with much info related to the number of hodlers (who have a major say in crypto asset price movements) behind a particular token, it can shed some light on the coin’s use as a medium of exchange.

It should be noted that this metric is more relevant specifically for cryptocurrencies rather than other types of crypto assets, which may not be valued as a useful form of money. Additionally, it makes sense to look at the monthly data rather than daily volume to remove some of the short-term fluctuations.

There are also some issues with calculating on-chain transaction volume with some coins, specifically those which are UTXO based, such as bitcoin, due to the use of change addresses. It is possible that this metric will become less useful as more transactions move to layer-two protocols such as the Lightning Network. Plus, this data point is basically unavailable for privacy-focused cryptocurrencies like Monero.

Trading volume is another indicator of speculative interest in a particular coin. While market cap can help estimate the amount of value parked in a coin, trading volume (and on-chain transaction volume to an extent) helps estimate liquidity.

If two coins have similar market caps, the one with more trading volume on exchanges should generally be viewed more highly because that one will be able to handle larger sell orders with a lower impact on the price over the short term. In other words, a coin with a large market cap but low liquidity can basically be viewed as a house of cards that could potentially collapse as soon as some of the large holders decide to sell.

Much like on-chain transaction volume, trading volume should be viewed on a monthly basis to remove the short-term interest that is sometimes generated in smaller coins. Additionally, one should only include exchanges that charge trading fees in their calculations to guard against potential manipulation from bots trading amongst themselves for free.

This last alternative to market cap could be viewed as a more accurate version of the story that market cap tries to tell. Bitcoin-Normalized Price in 2050 is a data point made popular by OnChainFX, and the basic idea is to calculate the price of a particular coin if the supply curve and units were the same as bitcoin and the year was 2050.

The benefits of this metric are twofold.

First, it removes unit bias from the equation. Many newcomers to the crypto market in 2017 bought lower-priced coins, such as Ripple’s XRP, because they did not take into account the supply part of the equation. In other words, they thought XRP priced at $1 was 10,000 times less expensive than bitcoin if it were priced at $10,000. In reality, XRP’s much larger total supply also greatly impacts its value when compared to bitcoin.

Secondly, Bitcoin-Normalized Price in 2050 sheds light on what the inflation rate will mean for the coin over the long term. Some coins that may seem undervalued based on today’s market caps, such as Zcash, are ranked higher when the estimated supply in 2050 is used.

Again, it’s important to remember that these three data points are not to be used in place of the market cap. Instead, these are just three more pieces of information to look at while doing your research. By taking a look at a variety of different metrics — and using some common sense — it becomes easier to come to terms with the comparative valuations of different coins on the market. Bitcoin and altcoin investors who do not take a variety of different factors into account do so at their own peril.